More than 26,000 SMEs have closed down, state assembly told 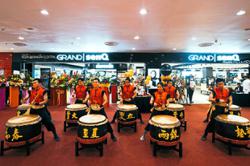 MORE than 26,000 small and medium enterprises (SMEs) in Johor have ceased operations in the past three years.

“Johor has the third-highest number of SMEs in the country, after Selangor and Kuala Lumpur.

“As of June this year, 26,651 of these businesses have stopped operating,” he said during the state assembly sitting at Bangunan Sultan Ismail yesterday.

Mohd Izhar said this in response to a question from Chew Chong Sin (PH-Mengkibol) on how many SMEs had ceased operations between 2019 and 2021 and how many SME workers had lost their jobs during the same period.

Mohd Izhar said the number of SME workers who lost their jobs was not available as data from the Labour Department was categorised only by the type of industries, nationality and gender.

“As such, the number unveiled here may not be able to fully reflect the actual number of SME workers who have lost their jobs.

On a separate matter, some 229 farmers and agricultural entrepreneurs in Johor have received aid totalling RM283,487 from the state and Federal Government to help them recover from natural disasters.

“A total of 129 people have benefitted from the Federal Government’s allocation and 100 people received assistance from the state government,” he said.

“The disasters include floods, drought, storms, plant diseases and attacks from pests,” he said.