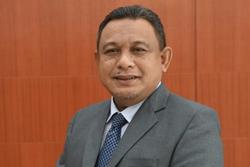 PENANG government has tabled a budget of RM935.22mil themed ‘Accelerating Penang2030’ for next year, with a projected deficit of RM449.80mil.

Chow Kon Yeow, in tabling the budget in his fourth year as chief minister, said the deficit amount would be funded by the state’s consolidated fund with a balance of RM887.78mil as of last year.

While not denying that the deficit was substantial, Chow said the state government was optimistic that state’s revenue collection would be increased due to the various economic recovery initiatives taken by the state and Federal governments.

Chow said a large part of the expenditure, 58.69% of the state’s administrative expenditure, was due to fixed payments and aid. This sum includes the transfer of RM200mil to the state consolidated funds, aid packages under social programmes estimated at RM95.49mil, payments to state agencies, bodies and subsidiaries (RM108.26mil), pensions and ex-gratia (RM29mil) and other payments.

Chow said the budget was prepared by taking into account the financial status of the state and so that all the state departments could function at an optimum level, and that development projects in the state could be carried out to stimulate economic recovery while existing welfare programmes could continue.

In tabling the budget, Chow also showed his appreciation to 3,962 civil servants in the state, who will receive a half-month bonus or a minimum RM1,000 under Bantuan Khas Kewangan.

A motion and three enactments are scheduled to be tabled in the state assembly that will run until Dec 3.

The sitting will also see the debate of 67 oral questions and 665 written questions.

In Chow’s budget speech yesterday, he revealed that the construction sector suffered the worst contraction compared with the services and manufacturing sector.

It fell by 15.5% last year while the services sector shrunk by 5.7%. Fortunately, the manufacturing sector grew by 2.8%, with electrical, electronics and electro-optical manufacturing contributing 30.8% of Penang’s gross domestic products last year.

Chow said the services sector performance is expected to continue falling next year, with retailing, F&B and hospitality sub-sectors having contracted by 9.5%.

With international tourist arrivals next to nil and domestic tourist arrivals falling by 42.2%, Chow said more creative and innovative initiatives will be needed to bring the tourism industry back up to speed.

On the plus side, Chow revealed that unemployment rates in Penang is easing up.

Up to September this year, 2,770 workers were laid off compared with 10,465 who lost their jobs in the whole of last year.

Based on data from Social Security Organisation, Chow revealed that there had been a surge in job vacancies in August and September.

Earlier, Penang health committee chairman Dr Norlela Ariffin said a total of 299 children in Penang had lost either a parent or both to Covid-19.

She said as of November, 194 of them lost their fathers, 78 lost their mothers, six lost their guardians and four lost both parents.

“The state has decided to set up a special task force to assist these children in their health and well-being to ensure they continue with studies.

“There have been cases where children as young as 16 to 18 years old who had to quit school to look after their siblings after being orphaned,” she said.

Dr Norlela said the state will also seek help from Social Welfare Department who are in contact with the children to offer counselling and support besides other forms of aid. 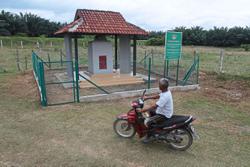