Salahuddin taking out curry puffs from the coal-fired oven.

THE aroma of freshly baked banana cakes and pastries is to be expected when paying a visit to two streets in Johor Baru’s heritage quarter.

The fragrance is a welcome invitation from two old-world bakeries in the city — Hiap Joo Bakery & Biscuit Factory in Jalan Tan Hiok Nee and Salahuddin Bakery along Jalan Dhoby.

These decades-old bakeries, which are just walking distance from each other, continue to churn out golden treats for bread lovers.

Boon Jan passed the business to his son Lim Meng Chin, 68, who mastered techniques of using the wood-fired oven with the help of his father.

Today, the business is managed by the family’s third generation with Meng Chin’s son James Lim Toh Shian, 41, in charge of the bakery.

“We have maintained family recipes and baking methods for the past 102 years,’’ said James.

The shop’s banana cakes, he said, did not contain preservatives hence had to be consumed within three days.

He added that the wood, sourced from a supplier in Tampoi, used as fuel for the oven resulted in the pleasant smokey scent that differentiated the cakes from modern oven-baked delicacies.

James said the bakery’s operations would start at 7.30am and by 11am, the banana cakes and buns were ready to come out of the oven.

‘There is no mechanism, such as a thermometer, for us to accurately know the temperature. It is a matter of applying our experience,” he explained.

He said it was normal for a queue to form outside the bakery by around 11am daily, except Sundays when the bakery is closed.

“These days, however, the queue is much shorter and sales have dropped by 50% since the first movement control order.

“Singaporeans made up more than half of our customers.

“But they cannot come here now as the border between Malaysia and Singapore is still closed,” said James.

He said although business had improved under Phase Four of the National Recovery Plan, he hoped it would get even better when the border reopens.

Meanwhile, the 84-year-old Salahuddin Bakery still gets regular customers who grew up eating cakes and pastries from the family-run shop.

During pre-pandemic days, it was normal for customers to sit around and chat with the owners as the bread baked in the oven.

“We no longer get the chance to chat with our regular customers since Covid-19 started,” said proprietor Salahuddin Shamsul, 58.

The third-generation baker manages the business which he inherited from his late father Shamsul Haq in 2002.

A huge coal-fired oven dominates the pre-war shophouse and over the years, smoke stains have blackened the walls.

Newspaper clippings and photographs of the family members adorn the wall behind the pastry counter.

Salahuddin said work at the bakery would start around 4am as he joined his workers to mix flour, eggs and other ingredients to bake bread.

By 11am the dough would be placed in the oven where it would bake for about 15 minutes, he said.

“My customers love our method of baking and say our breads taste better than those baked in electric ovens,” he said, adding that coal-baked bread might not look perfect but was tastier.

Salahuddin’s grandfather Shariff Mohamed Mahku, who came from New Delhi in India to Johor Baru in 1937, started the bakery.

Shamsul took over in 1953 and named it Kedai Roti Shamsul Haq.

The name changed to Salahuddin Bakery when Salahuddin took over the family business in 2002.

“We hope our bakery will survive and be around to celebrate its 100th anniversary,” said Salahuddin. 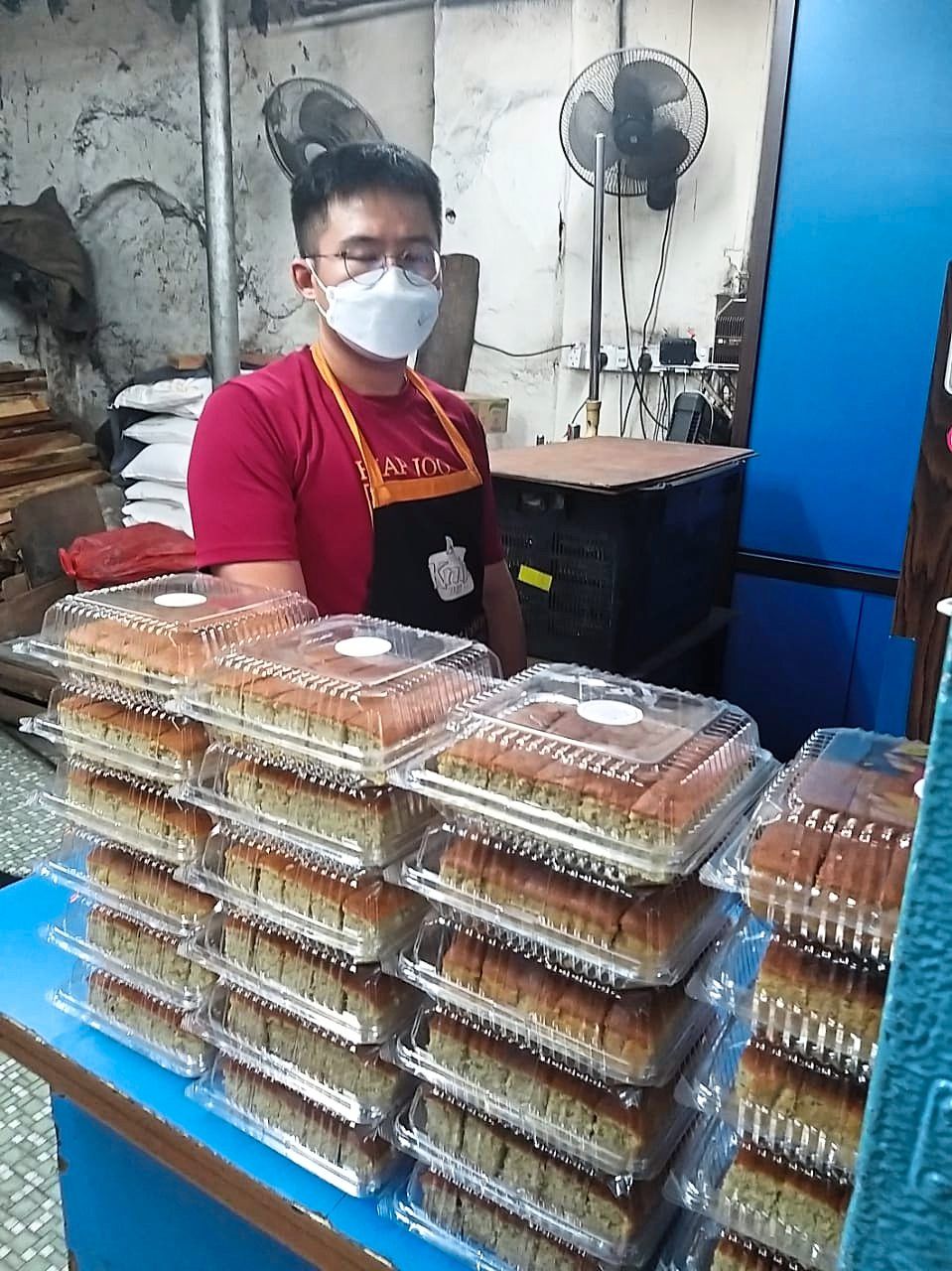 Salahuddin taking out curry puffs from the coal-fired oven.

Salahuddin (left) and his daughter Nisa working at Salahuddin Bakery in Jalan Dhoby.

A worker sprays the buns to keep them moist before going into the oven.