Houses in Taman Suria are prone to flash floods during downpours.

RESIDENTS of Taman Suria, Ipoh in Perak, are gripped with fear each time there is a downpour as the area is prone to flash floods.

Residents, especially those living along Jalan Suria Satu which is near a retention pond, start worrying whenever storm clouds gather.

They claim that a poorly maintained retention pond and drains are to blame for the flooding.

On Nov 28 last year, the residential area was hit by flash floods, one of the worst incidents in Ipoh.

Residents suffered losses as their furniture and electrical items were damaged.

Taman Suria Residents Association secretary Renita Rhea Simon, 34, said she had lodged many complaints to the authorities but there was no solution in sight.

“I have called and emailed Ipoh City Council, Drainage and Irrigation Department (DID), Public Works Department (JKR), the housing developer and PLUS highway concessionaire because the area is near a section of the North-South Highway, but there has been no resolution.

“There was a downpour on Oct 30 and the road outside our houses was flooded, so I posted a video on social media to highlight our problem.“The city council came to check on the matter after my video went viral and that was about it,” said Renita.

She said the flooding incident last November was the worst as waters rose up to waist high and damaged her furniture and cabinets.

“Until today, the problem is not solved as every department I call, passes the buck saying that the issue is not under their jurisdiction,” she added.

Renita’s father Simmon Alfonso, 63, said he felt restless if it continued to rain for more than five hours.

“Water overflows from Sungai Pari nearby and the retention pond is unable to cope with the quantity of water.

“The drains are not properly maintained or cleaned and I believe this contributes to the flash floods too,” he added.

Logistics executive S. Kartik, 35, who bought a house there thinking it was a good investment, is now faced with frequent flash floods.

“The houses located near the retention pond are affected, and we have sleepless nights when it rains heavily.

“The pond should also be barricaded for safety reasons.

“A power substation is next to the pond and we are afraid that when the water level rises, it can affect the transformer. Or someone might get electrocuted,” he said, adding that the pond was about 50m from his house.

Engineer B. Raj Kumar, 37, said his family members were unable to get a good night’s rest the moment it started to rain.

“We just want a peaceful and comfortable life in our own homes, but we are restless each time it rains,” he said.

He said the retention pond was located on reserve land next to the highway.

“The flash flood problem in Taman Suria is due to water flowing from another residential area into an earthen ditch and the pond that overflows during a downpour.

“The engineering team will discuss this matter with the housing developer next week to find the best possible solution,” added Rumaizi. 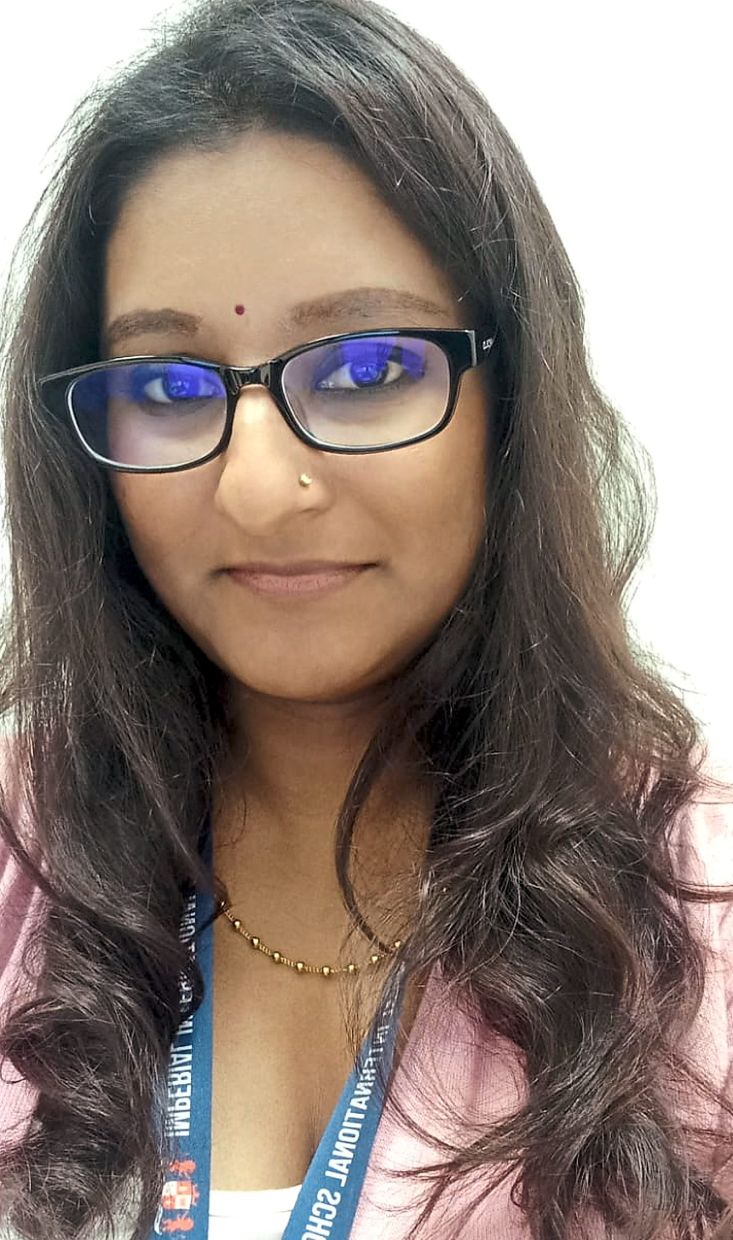 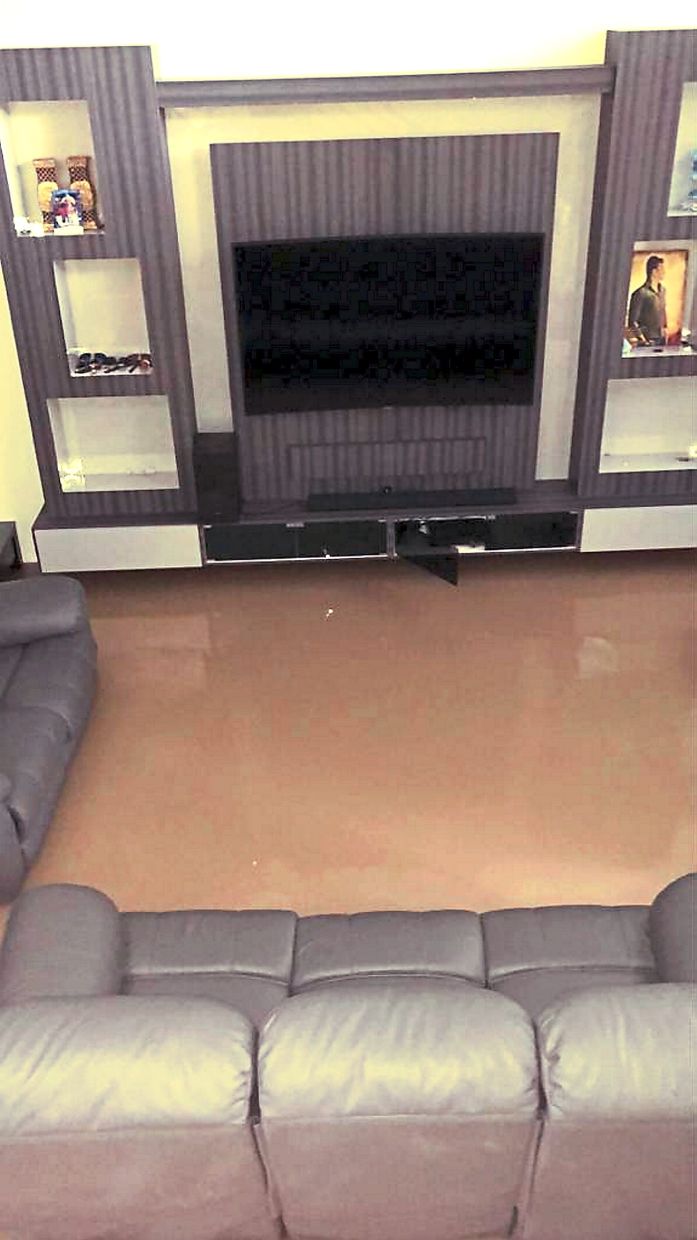 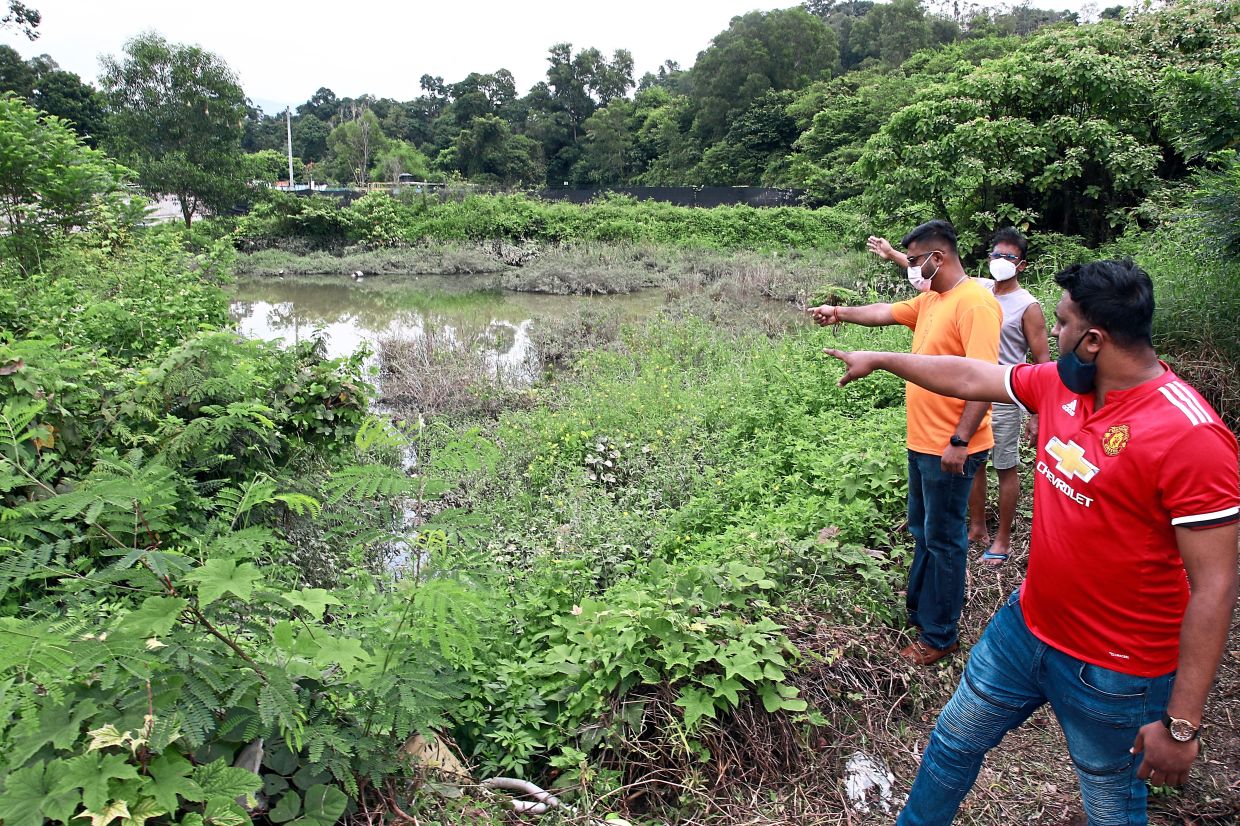 Houses in Taman Suria are prone to flash floods during downpours.

Renita has written to the city council, DID and JKR on the flooding problem but nothing has come out of it.

The living room of a house in Taman Suria is filled with water after a recent downpour.