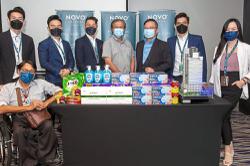 ROLLING up their sleeves, some 60 people took part in a programme to plant 200 mangrove saplings in conjunction with the state-level National Environment Day 2021.

They were employees and volunteers of Jambatan Kedua Sdn Bhd (JKSB), Penang state Environment Department (JASNPP) and Penang Inshore Fishermen Welfare Association (Pifwa).The mangrove planting event was one of JKSB’s main pillars of corporate social responsibility (CSR) programme, which is to care for the environment.

It was aimed at rehabilitating and protecting the mangrove area at the Pusat Pendidikan Kecil Paya Laut near Nibong Tebal.

JKSB chief executive officer Faisal Shahbudin said it was JKSB’s contribution to the state and country.

“We are glad to partner with JASNPP and Pifwa in helping them solve various environmental issues while benefiting the local community and wildlife,” he said.He said it was the first time JKSB was involved in planting mangrove saplings and would carry out more such programmes with JASNPP in the future.

Penang JASNPP director Sharifah Zakiah Syed Sahab said the National Environment Day was held annually on Oct 21 and this year, the department had lined up 16 programmes in conjunction with the day.

He said the mangrove forest at the education centre which covers an area of about 100ha, could be used as a bird-watching area.

“The state government feels that the mangrove area in this location needs to be preserved, cared for and expanded as an ecotourism area as it is able to contribute beneficially in terms of the living ecosystems,” he said.

Phee added that the centre, which is able to attract about 100,000 birds, hopefully would see the increase of tourist arrivals there.

The only bird-watching location in the state so far is at the Air Hitam Dalam Education Forest in Sungai Dua near Butterworth. 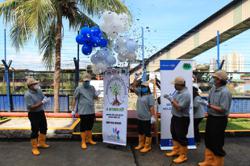 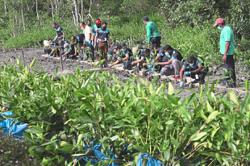