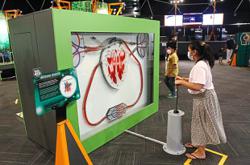 TICKETS to Tech Dome Penang in Komtar are down by almost 70% for this month, now that it is open again with over 120 exhibits on science and technology to explore.

Its chief executive officer Khoo Boo Wooi said the promotion was to kickstart the reopening of the science centre after its upgrade during the closure for four months since June.

“While we were closed, about RM2mil was spent to upgrade its interior and exterior.

“Tickets for adults, usually RM28, are now RM10 each, and the RM16 entry fee for children is now RM5 each. Maizura and her daughter taking a closer look at a remote-controlled robotic exhibit.

“Hand sanitisers are placed around the centre and each family is provided a bottle of sanitiser for their own use.

“We sanitise the exhibits regularly apart from requiring visitors to abide by standard operating procedures at all times,” he said on Monday.

Khoo hopes that all safety measures taken would instil confidence among visitors who want a hands-on experience of how science and technology works.

Since the centre reopened last Friday, Khoo said response from visitors had been positive over the weekend. 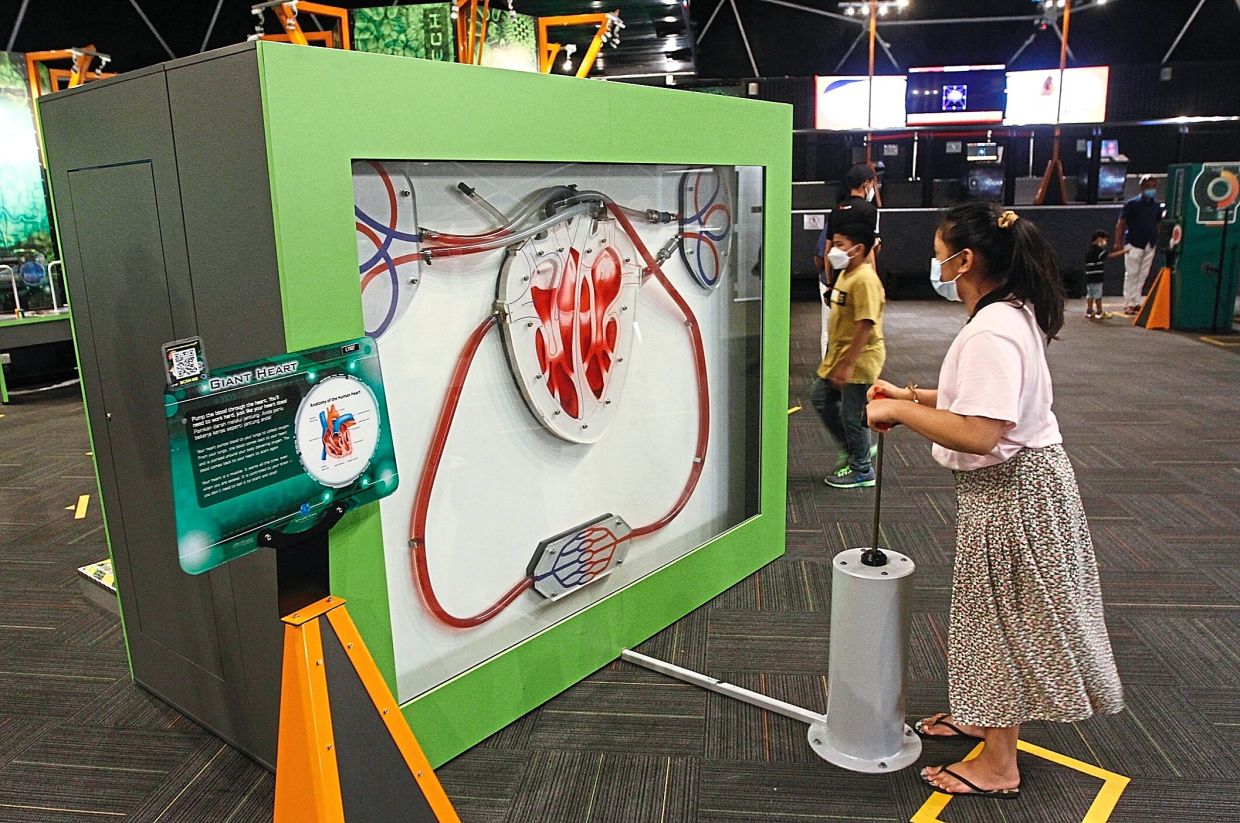 “Since the movement control order was enforced last year, we hardly received more than 20 visitors on weekends.

“We had about 100 visitors in the last weekend after interstate travel was allowed,” he said.

Khoo said throughout the period when the 50,000sq ft centre was closed, it maintained its role of educating students. More programmes are being planned in the coming months.

“We conducted online workshops to students and provided materials for school students to collect and take home. 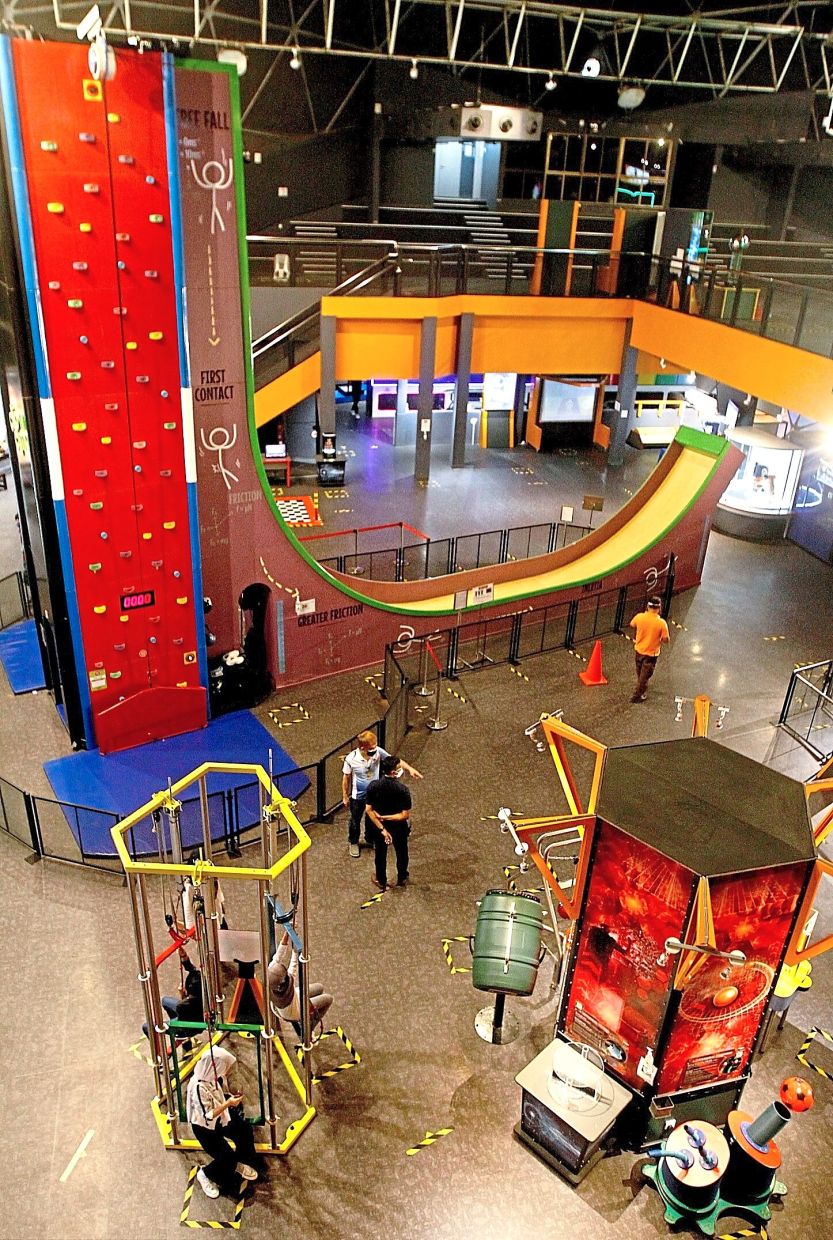 Visitors checking out various activities and exhibits at Tech Dome in Komtar, Penang.

“Some of the materials were even shipped directly to the homes of students to ensure they were not neglected.

“We are now open for team-building activities at 50% capacity and launching a drone experience area in November.

“The Penang Digital Literacy Camp 2021, to be held online, will be launched by the end of the year,” he said.

Among the visitors to the centre on Monday were 37-year-old Maizura Murad and her three daughters aged six to 11 from Kuala Lumpur.

“My hometown is in Penang but we’ve not returned in a long time. 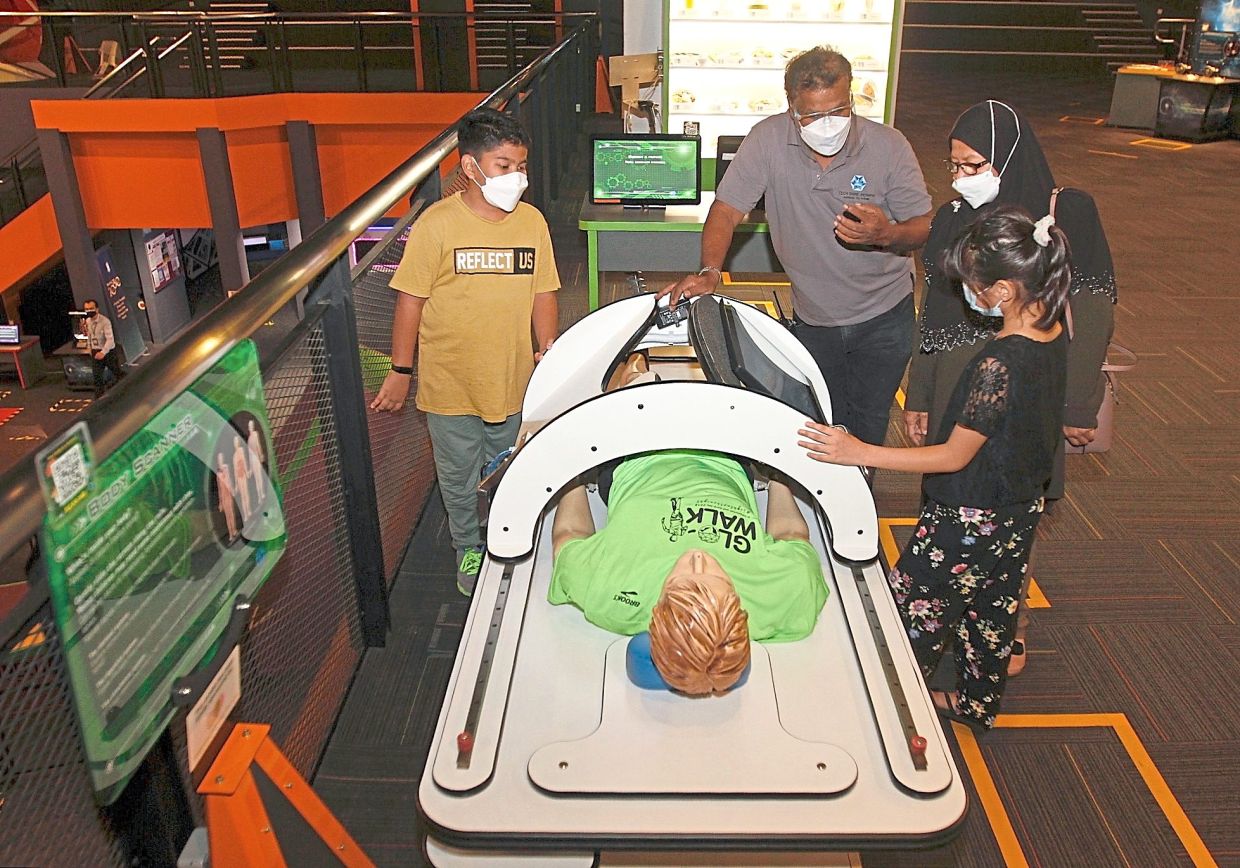 A staff member (in grey) briefing visitors on a body scanning machine.

“After long periods of online schooling and staying indoors, visits like this are a stress-reliever for the children.

“Here, they get to apply science and physics concepts that they have learnt at school,” said the businesswoman.

Penang Tech Dome, which had cost about RM28mil to build in 2015, was the brainchild of the state government to set up a science discovery centre.

Its many exhibits and experiments are designed to show adults and children alike how science and technology works in a theme park, carnival style. 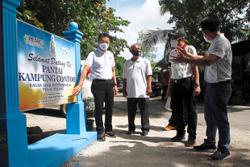 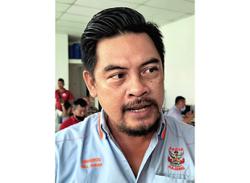