Residents worry over cracks in road

CRACKS on the road in front of their homes as a result of construction work on a nearby hillslope have left residents of Taman Kledang Pertama in Menglembu, Ipoh, worried for their safety.

The gated-and-guarded community, when met recently, claimed that the cracks appeared after piling commenced about a month ago for the new housing project.

The distance between the cracks and the front row of the houses on Jalan Kledang Pertama Satu is only 30m, they pointed out.

There are 25 houses in Taman Kledang Pertama, and the same developer is now building around 27 three-and-a-half and double-storey houses on the slope.

Those in the neighbourhood also fear that a landslide could occur on the hillslope, which has been stripped of all vegetation, given the recent heavy rains.

Chong Woon Ngee, 67, said the road there was showing signs of a potential problem and he feared that it could collapse.

He said there were cracks, which the developer repaired soon after they appeared, adding that these occurrences were a worrying sign.

“It has been raining almost daily and we are having nightmares. 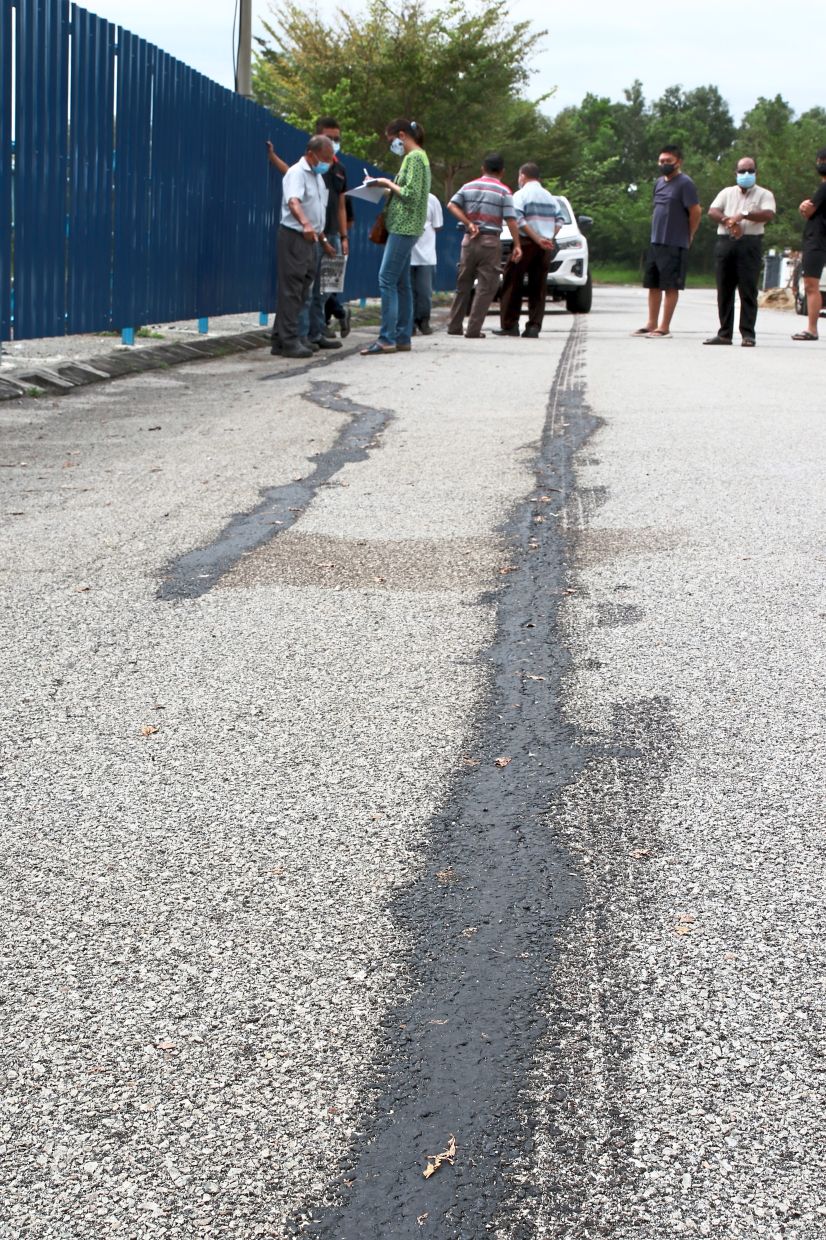 Cracks on the road were repaired by the developer using a special water-proof solution.

“A geological survey must be done to see if the area is fit for construction as the hillslope is really steep,” said Chong.

“We, especially the residents of houses facing the site, are worried about our safety and unable to have a good night’s sleep during rainy days,” he said, adding that the value of the houses would also decrease if any untoward incidents were to happen.

Soo Kam Soon, 41, said with the development taking place, the children in the neighbourhood could not walk, cycle, jog or play freely because of safety concerns. 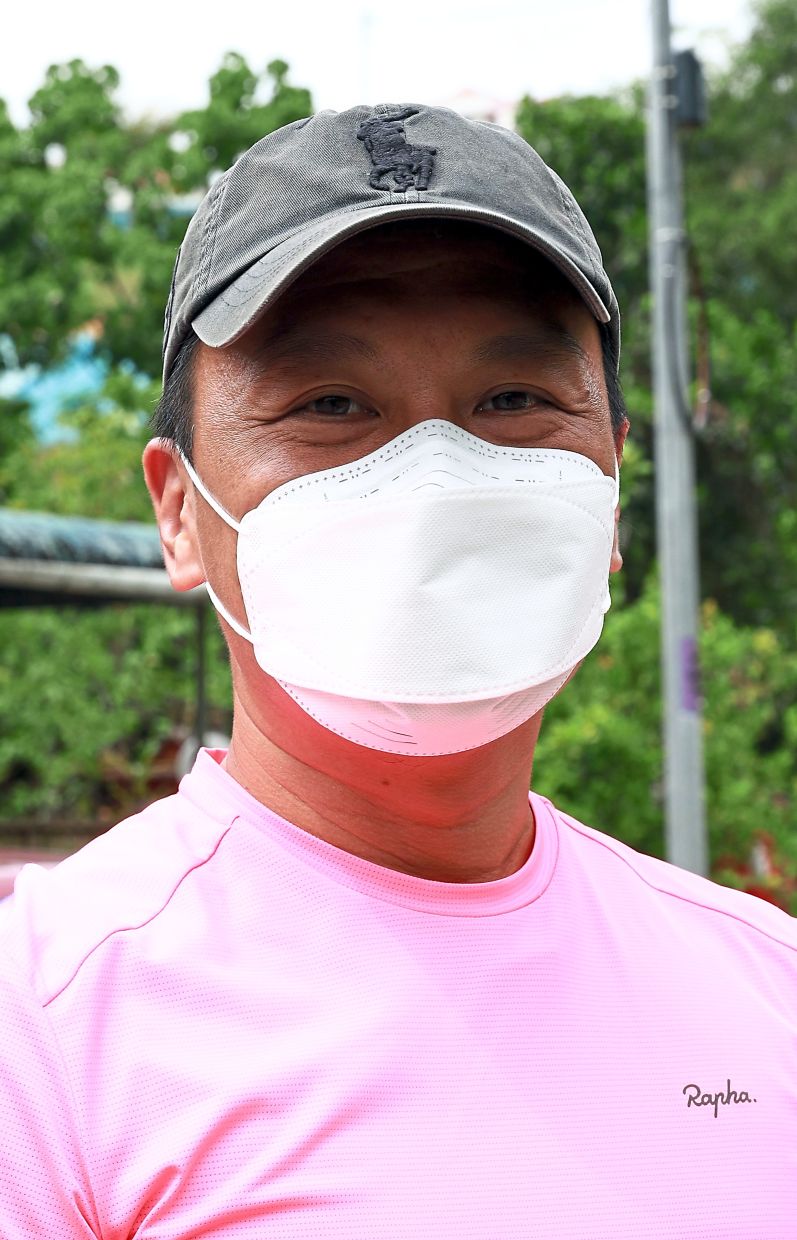 Soo: Children in the neighbourhood can no longer cycle, jog or play freely since the work began.

“Prior to the development, the hillslope was overgrown with grass and had trees and rocks, which acted as a shield in the prevention of landslides.

“But now, with all the work in progress, that cover is gone,” said Soo.

Jelapang assemblyman Cheah Poh Hian, who was present at the construction site, said if a landslide was to occur, residents at the gated-and-guarded community would not be the only ones affected, as the houses in Taman Arkid located below the slope would also be in jeopardy.

The housing project started sometime in February last year, according to Cheah, but it had to be stopped after the first movement control order came into effect.

The developer restarted work sometime in July this year.

“When piling work was carried out, cracks started to appear on the road and the residents began to panic. They then informed me of the matter,” said Cheah.

“The Ipoh City Council engineering technical team visited the site on Sept 28 and requested a full report from the developer.” 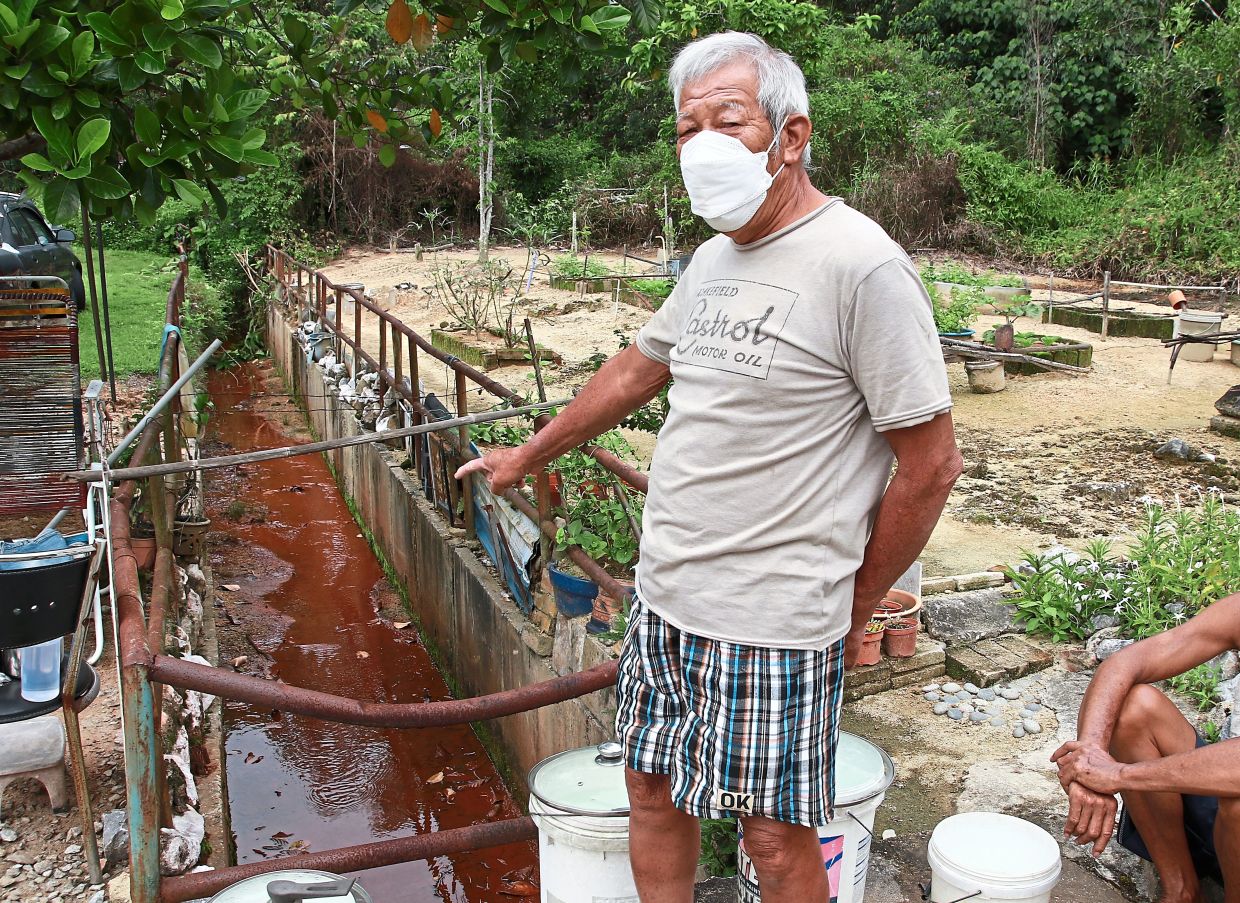 Koh showing the drains with filthy water near Lebuh Kledang Utara 34, which residents claim is due to sand sedimentation.

He said he wrote a letter, dated Sept 29, to the Ipoh mayor, putting forward questions on the safety of the project.

His main concern was whether the developer had submitted design plans to construct a retaining wall before starting work, and what its lifespan was.

“From my observation below the slope area, there is only a partial retaining wall, while the other part has no wall.

“There is also a stream flowing near the slope, and that is another worrying factor,” he added.

Residents of Taman Arkid living close to the slope are very worried for their safety. 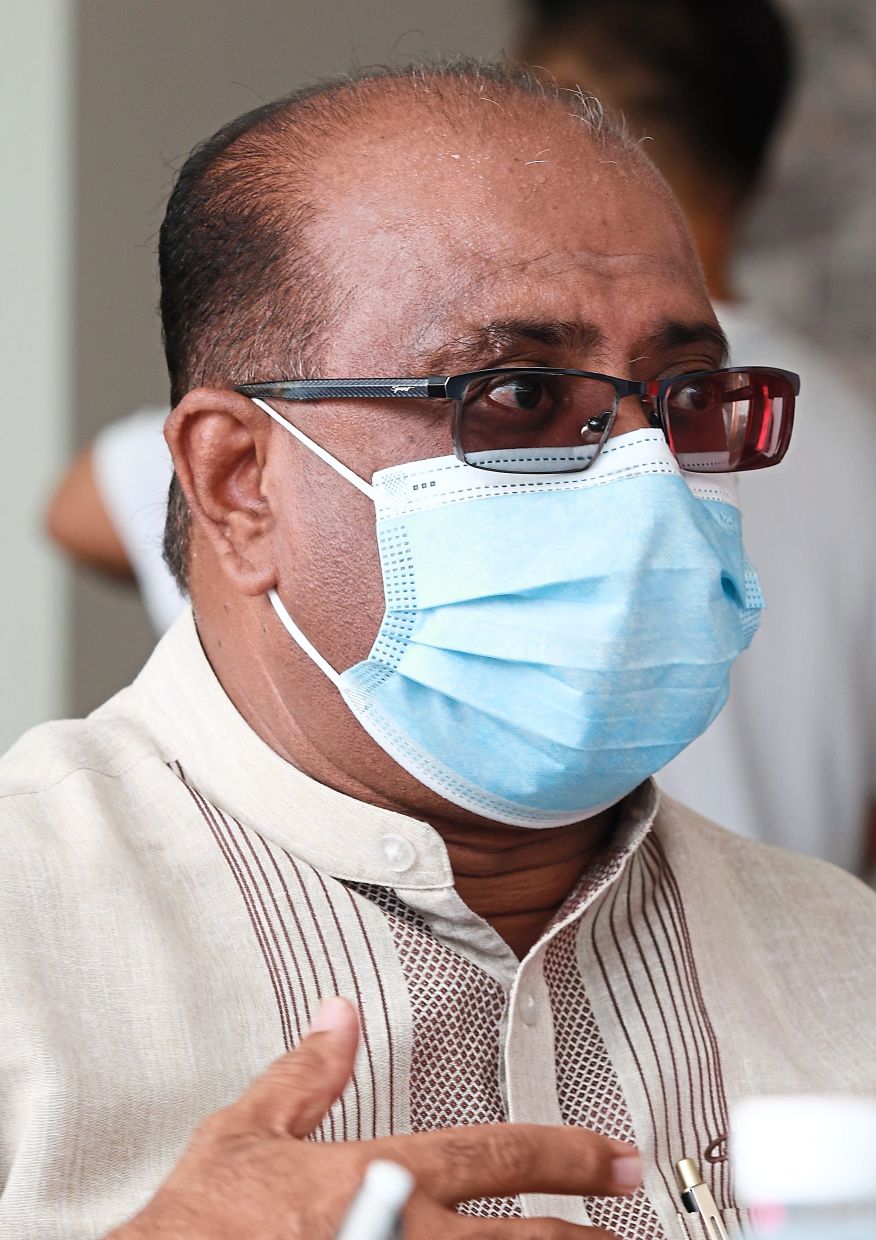 Murrali: Residents are worried and don’t have a good night’s sleep on rainy days.

Ng Ah Man, 71, said ever since the construction work began, sand and earth have washed on to the road and into the drains.

“We are also afraid of a landslide, especially now that it is raining daily.

“The hill with its rocks has been our shield from catastrophe.

“If anything should happen, the first few houses near the slope will be badly affected,” he claimed.

Another resident, a 72-year-old who wished only to be known as Koh, said he was constantly worried when it rained.

“There is already underground water flowing near the slope, and this, coupled with the rainy season... it is just inviting danger,” he said.

When contacted, mayor Datuk Rumaizi Baharin said the developer had been instructed to carry out the necessary remedial work to ensure safety was not compromised.

StarMetro reached out to the developer on the matter but had not received a reply as of press time.