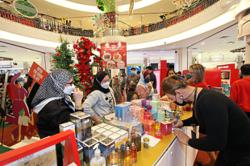 Besides deepening the lake at Taman Wawasan Recreational Park, cleaning and dredging works as well as installation of two aerator units are being carried out. — GLENN GUAN/The Star

A PROJECT to deepen and upgrade a lake at Taman Wawasan in Puchong, Selangor, to prevent flash floods is expected to be completed by the end of this month.

“The project at Taman Wawasan Recreational Park costs RM285,505 and upon completion, the lake will serve as a rainwater retention pond and reduce the risk of flash floods in surrounding areas,” said Kinrara assemblyman Ng Sze Han.

“The lake is being deepened to more than one metre, thereby reducing the risk of floods in Puchong Jaya,” he added.

The project also involves cleaning and dredging works, including soil ditches to the lake.

Two aerator units will be installed to increase the oxygen content in the water, said Ng, who is also state local government, public transportation and new village development committee chairman.

He said, after visiting the project site, that work was 70% complete.

He also said that Subang Jaya City Council’s drainage repairs was the reason some parts of Puchong were not flooded during recent downpours.

Several areas in the Klang Valley, including Taman Sri Muda in Shah Alam and Seri Kembangan, were hit by flash floods last month. 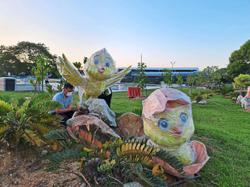