JKR teams across nation told to mobilise for any emergencies

Backhoes working to clear a minor landslide along Jalan Lembah Permai below Guillemard Reservoir in Penang. Heavy rain on Tuesday uprooted trees and caused minor landslides and floodings in parts of Penang. Evacuation of residents were reported in Kedah.

ALL state Public Works Departments (JKR) in the country have been instructed to mobilise their teams to prepare for any eventuality during the monsoon transition phase.

Works Minister Datuk Seri Fadillah Yusof said the readiness of each state JKR in facing the rainy season was discussed in a meeting last week.

“We have told all state JKR to mobilise their teams to monitor slopes and roads.”

He was speaking during a press conference after his work visit to south Seberang Prai on the Penang mainland on Tuesday.

Fadillah said that concession companies would be roped in to assist JKR in monitoring the situation. 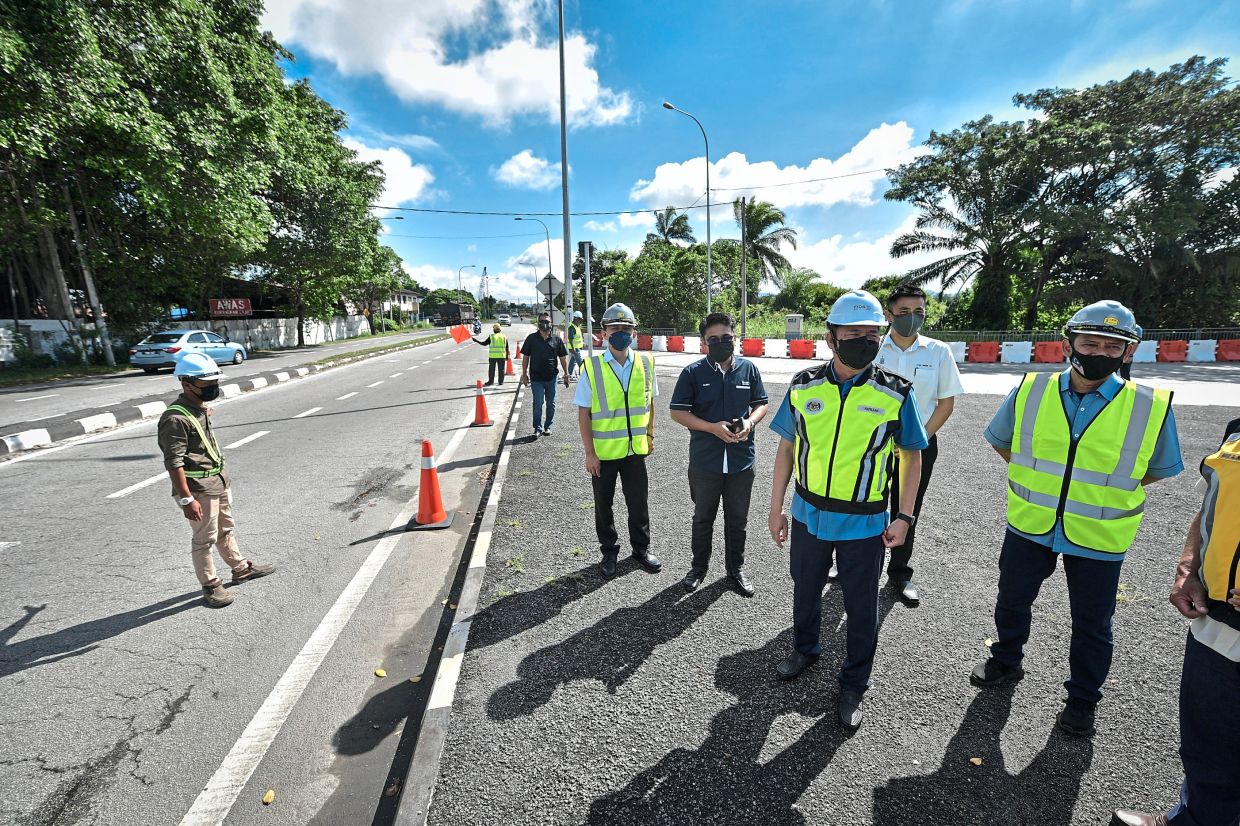 “The monsoon transition causes thunderstorms and heavy rain which can lead to natural disasters like floods or landslides.

“Therefore, it is important to take precautionary and prevention measures.

“Teams on the field will enable the authorities to prepare early for any danger.

“They can warn road users and also have time to instal anything necessary in flood-prone areas,” he said.

Earlier, during his work visit, Fadillah witnessed the handover of the upgraded Permatang Keling-Sg Junjung intersection to JKR.

He was also briefed on two ongoing projects which involved the upgrading of the Sungai Kerian bridge and construction of a flyover across the Jalan Persekutuan junction to Jalan Transkrian.

The bridge and flyover are expected to be completed on July 7, 2024, at a cost of around RM209mil.The scope of work includes a road upgrade, flyover construction at the Jalan Transkrian-USM intersection, slope stabilisation, land treatment and environment conservation works.

Fadillah said the work on the Permatang Keling-Sg Junjung intersection was completed on Feb 24 and cost RM109.3mil.

The project which involved a 20km stretch saw the road being upgraded from two lanes to four lanes.

He said the work was done by a local contractor.

“Bridges in the nearby area as well as two sewer structures at Sungai Kunyit and Sungai Bakar Arang were also upgraded,” he added.