THIS year alone, the Federation of Malaysian Consumers Association (Fomca) has so far received approximately 70 complaints about telephone calls to public and private organisations going unanswered.

Its senior manager Baskaran Sithamparam said this made many callers frustrated and even angry.

As many are working from home, consumers are finding it hard to contact organisations to address their problems.

In his attempts to assist complainants, Baskaran said he too was unsuccessful when calling one organisation. 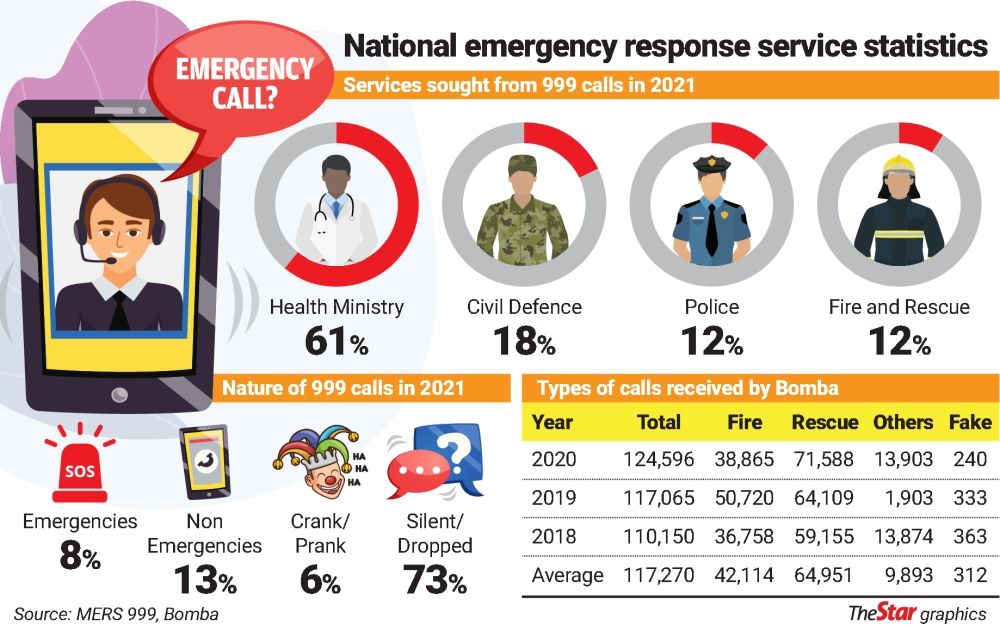 “This organisation had three phone lines, yet no one picked up,” he said.

A majority of the complaints were levelled at the private sector, as consumers wanted to make appointments and enquire about various matters.

Though some organisations have chatbots in place, consumers say not all issues can be answered by automated responses.

“Some issues can only be solved when a service consultant is present at the other end of the line.

“So, organisations must make this service available.

“If not, at least provide the email address of a person who can handle the issue,” said Baskaran.

“If a desk is left empty, at least have an answering machine.

When it comes to responding to a ringing telephone, the onus is on those nearby to pick up the call, regardless of whether they are the boss or a senior manager.

“Ignore a call and you’ll be angering a customer who will take his business elsewhere,” Lee pointed out.

According to a guideline on the development of public services issued by the Prime Minister’s Department in 2008, telephone calls must be answered within 10 seconds or three rings.

The Road Transport Department’s (JPJ) corporate and strategic planning division said it adhered to this guideline, especially for its core units namely vehicle and driver’s licensing, and enforcement.

Its standard operating procedures ensured that phone calls are connected to the relevant officer and unanswered calls are returned to front-line personnel.

Callers are also allowed to leave messages to enable the relevant officers to return call.

However, for agencies on the critical service list, unanswered calls are not an option. 999 call service

The national emergency response service one calls by dialing 999 is a 24-hour facility consolidating the services of the police, civil defence, fire and rescue department, Health Ministry and Maritime Enforcement Agency (MMEA).

Initiated by the Federal Government in 2007, the 999 line is supervised by the Communications and Multimedia Ministry and operated by TM One, which is the business-to-business arm of Telekom Malaysia Bhd.

It was first commissioned in the central region in 2009 and later expanded to eight other states under the 10th Malaysia Plan in Federal Territory of Labuan, Johor, Melaka, Negri Sembilan, Pahang, Penang, Sabah and Sarawak. By 2013, it covered the remaining states.

For security reasons, TM can only reveal that advanced information and communications technology is the main element behind the integrated emergency call management service.

On hand to receive calls from the public are hundreds of experienced and trained professional emergency officers who will dispatch them to the relevant agencies.

“All emergency calls are answered within four rings or 10 seconds.

“Average handling time is one to 1.5 minutes, depending on the severity of the case,” she added.

However, only 8% of the 30,000 daily calls received were genuine emergencies.

Prank callers often clog up the line. Prank calls can easily number over a thousand a day.

“Any inappropriate calls will affect our response to the related agencies as our operators will still need to answer and verify the call for filtering purposes.

“This will hinder genuine callers from getting the necessary help they need and place the lives of others at risk,” said Shazurawati.

Calls to this emergency service are recorded and the callers’ numbers and locations from where the calls are made can be traced.

Prank callers can be charged under the Communications and Multimedia Act 1998 that carries a fine not exceeding RM50,000 or jail for a term not exceeding one year or both.

According to Shazurawati, silent or dropped calls are the highest received.

These are most likely by children unwittingly activating the number on their parents’ handphones or entered it into their speed dial function, or summoned it by unintentionally touching them from the remote region of a back pocket, she said.

Once a call is channelled to the designated agency, Fire and Rescue Department’s Operations Management Centre senior fire superintendent 1 Ahmad Zaid Safuan said there was no time to waste.

“A fire engine must leave a station within 60 seconds on receiving the receipt of an emergency confirmation and reach the affected location in 10 minutes,” he said.

The department has a total of 16 operation rooms to coordinate incoming emergency cases with its 324 stations nationwide.

Each station has a 24-hour response centre equipped with a computer-aided dispatch system. The system will print out a call sheet with information such as the caller’s name, emergency details and full address of the emergency location.

Effective response to emergencies is not only dependent on technology.

“There is a need for strategically located fire stations to be made available so that manpower and machinery can reach a stricken location on time,” said Ahmad Zaid.

“Our drivers don’t rely on Waze or Google map directions.

“Personnel who have been assigned to a new location must spend three months on an orientation programme to familiarise themselves with the roads, lanes, even shortcuts and blocked entrances in gated and guarded housing areas,” said Ahmad Zaid.

He said the drivers must know if a road could be accessed by the fire engine and whether it was constantly blocked by parked cars.

“Once they know their area well, they will have to know their neighbouring stations’ ground area too.

“This is because more than one station will respond to an emergency when there is a need for additional equipment and manpower,” he said.

“By fake calls, we mean inaccurate information given by the caller who may have wrongly described a bush fire as a rubbish pile fire or accidents that are in fact minor road mishaps, such as someone falling off a bicycle for example,” Ahmad Zaid explained. MMEA

The only time when the MMEA ignores an emergency call is when it finds an individual has dialled the wrong number, said its search and rescue division acting director Commander Maritime Dr Suzanna Razali Chan.

“Even during the movement control order, there will be two to three officers on duty. Public holidays are no exception.

“We do not allow this desk to be left vacant. If an on-duty officer needs to go for a restroom break, he will have to inform his colleagues,” she said.

Each centre has its own hotline and among the seafaring community, these numbers are often the preferred method of contact, said Suzanna.

Emergency calls are divided into two segments: one to conduct search and rescue, and the other to handle enforcement issues related to maritime crimes.

“MMEA’s key performance index for emergency response is one hour. This is because we need time to deploy assets such as ships, boats or even aircraft, depending on the kind of endurance that is needed for an operation,” Suzanna explained.

She said they also required time to coordinate with other agencies such as the marine police, navy and the fishermen community.

“We can only rely on coordinates if the caller is able to provide us with this information.

“Due to sea currents, the victim will drift. This is why in a majority of cases, search efforts, which may span several days, will take up the biggest portion of an operation,” she added.

While it is mandatory for vessels above 300 gross tonnage, such as commerce ships, to have a satellite communication system on board to make a search operation easier, there is no such law for fishing boats. The system is expensive.

The next alternative in ensuring better search and rescue results for the latter group, said Suzanna, would be personal locator beacons as well as heightened safety awareness among seafarers like wearing of life jackets and ensuring their cellphones were fully charged and kept in waterproof cases.

Its public relations and media senior associate Azahari Adnan Merican said the Covid-19 pandemic and the movement control order had an incredible and structural impact on postal operators around the world.

“We have seen a huge increase in online purchases resulting in a surge in the number of parcels being delivered.

“Together with this, we had to deal with even more demanding consumers wanting more control, choice, convenience and visibility. We had to fulfil all this while ensuring the health and safety of our 17,000 employees,” he said.

AskPos, its chatbot programme designed to cater to simple customer requests and enquiries, could handle between 80,000 and 120,000 conversations per week, said Azahari.

A team is also on hand to answer comments left by customers on Pos Malaysia’s social media pages. Most of these are related to non or late deliveries.

“If our customers have taken the time and trouble to alert us to an issue, we need to engage quickly and resolve the matter even faster,” said Azahari. 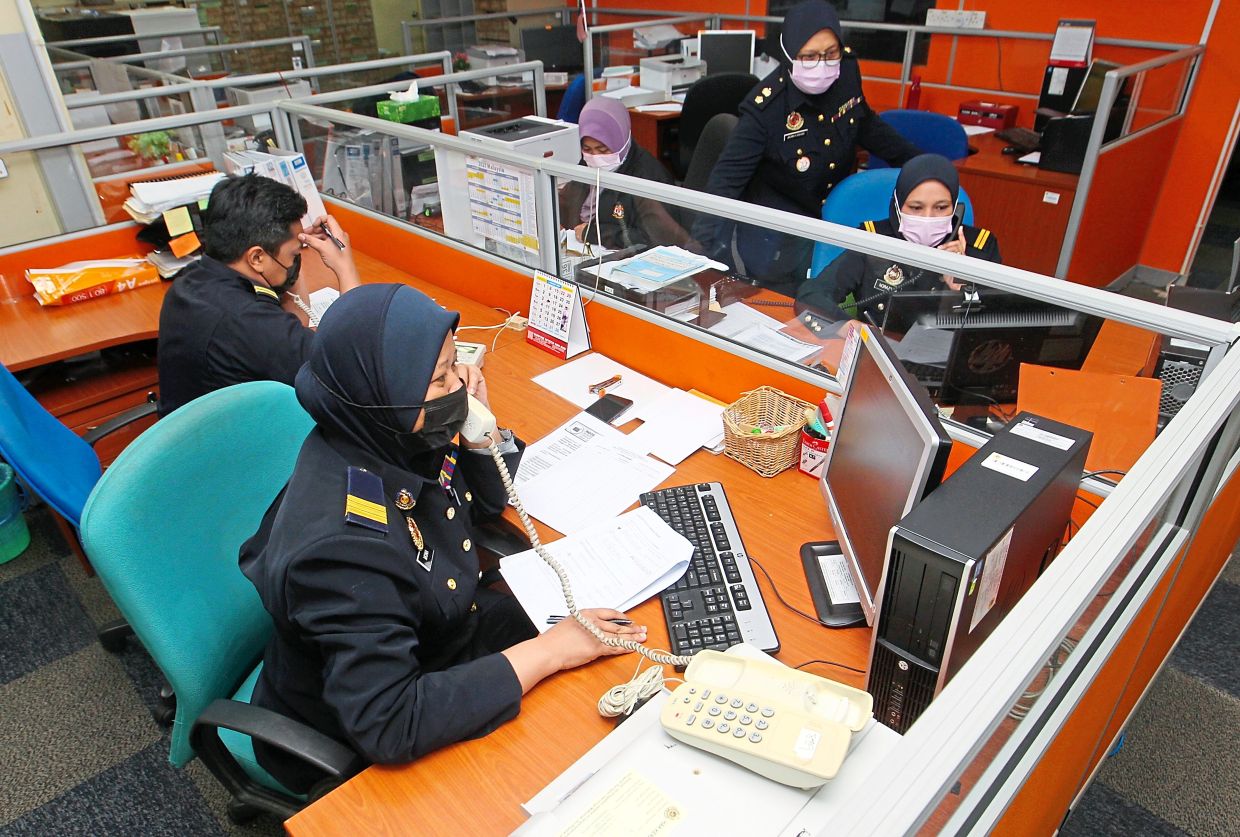 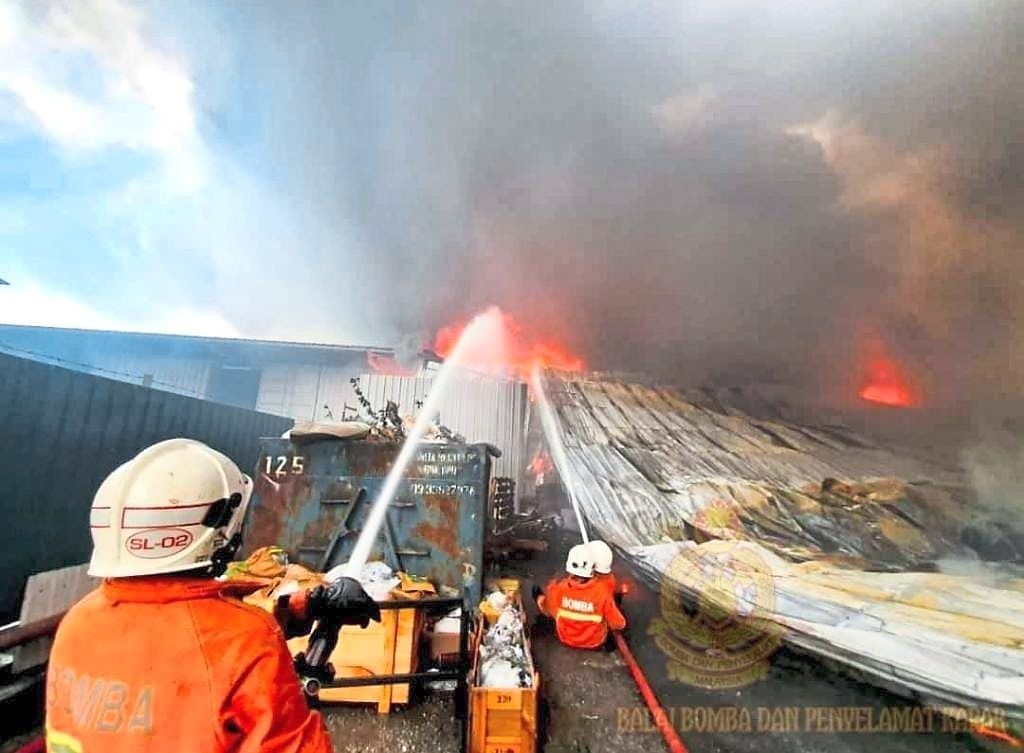 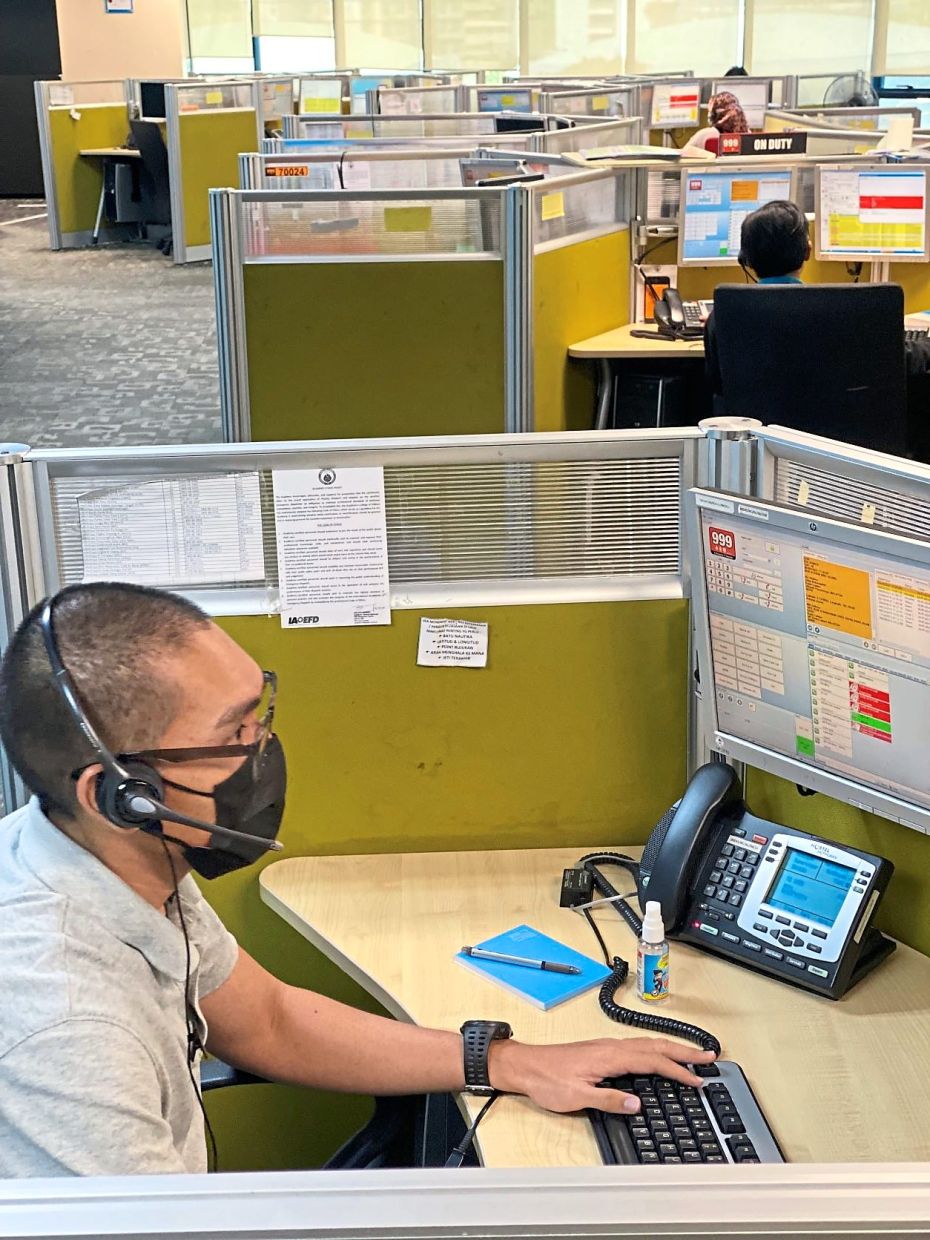 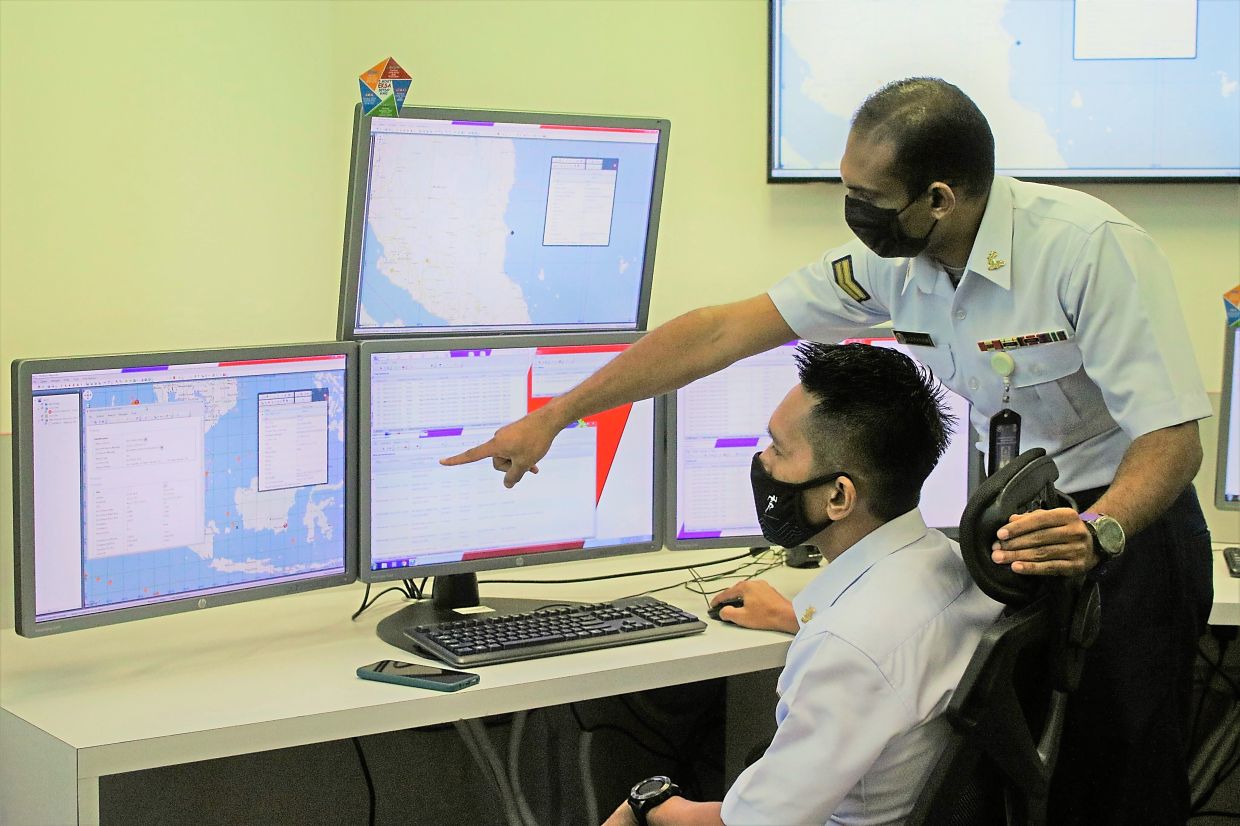 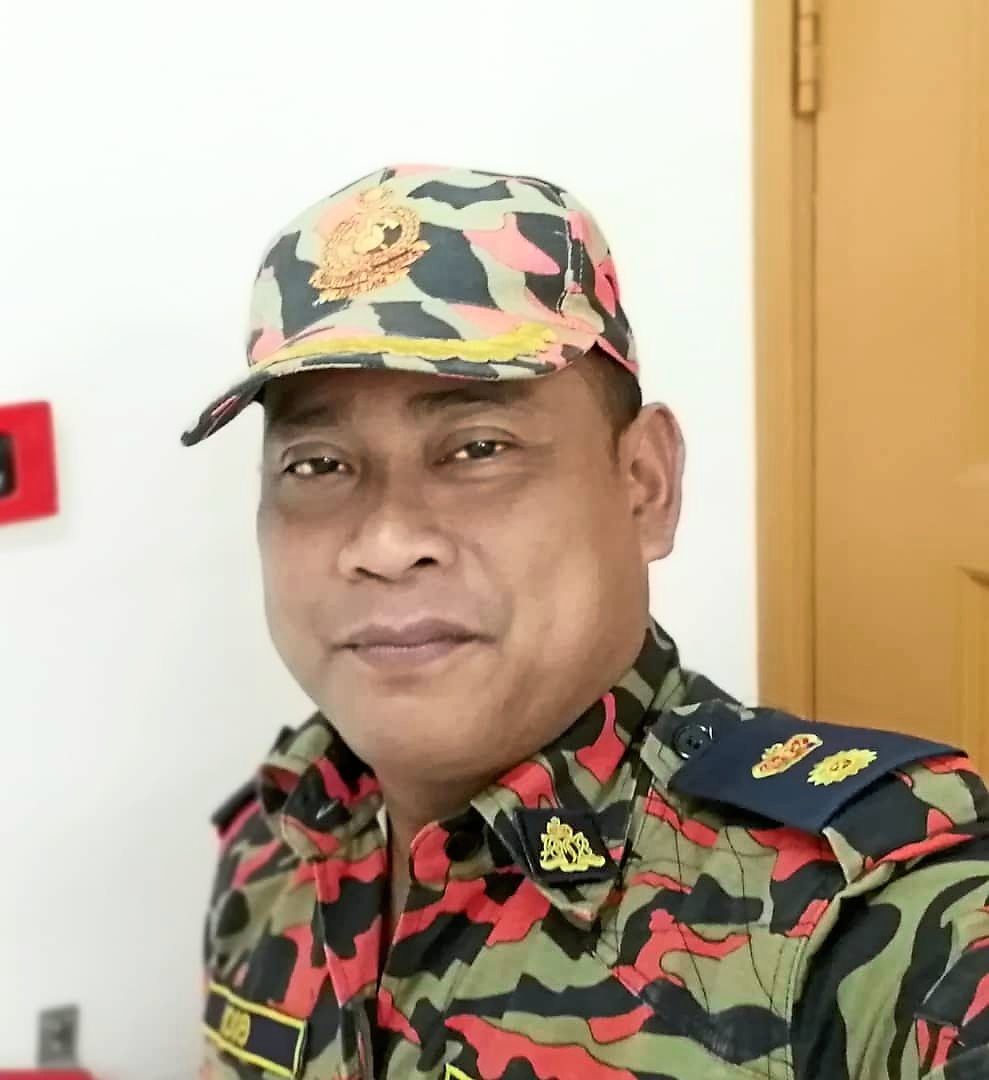 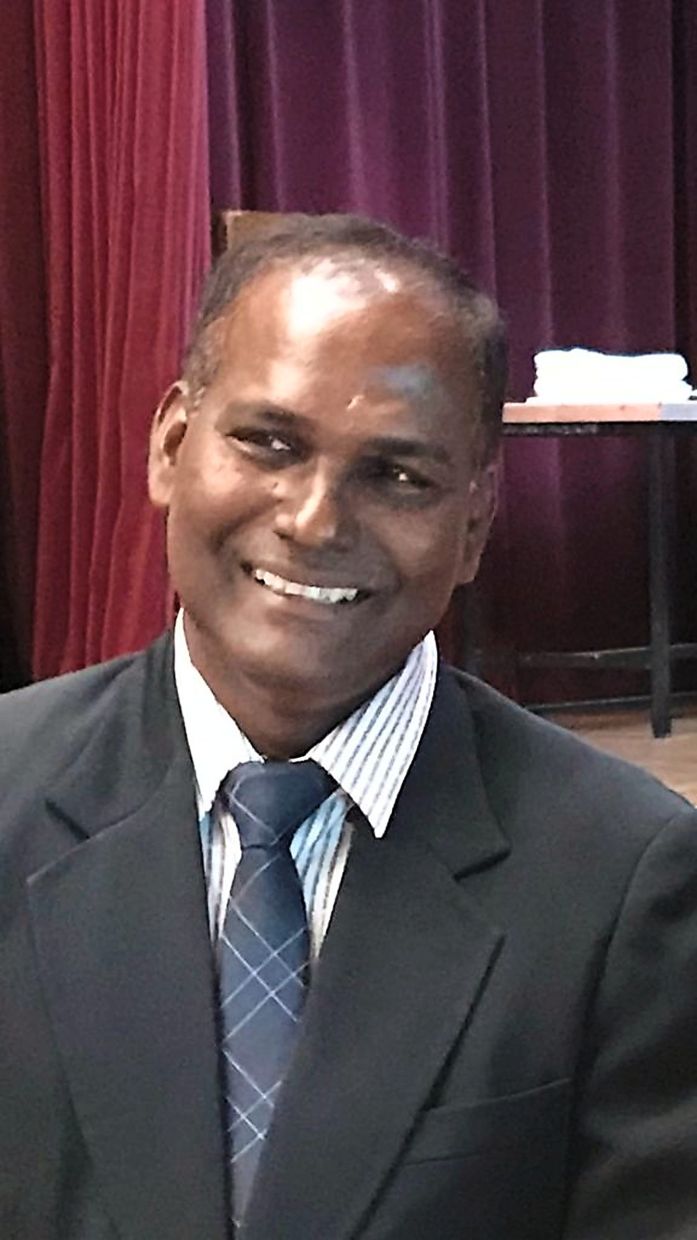 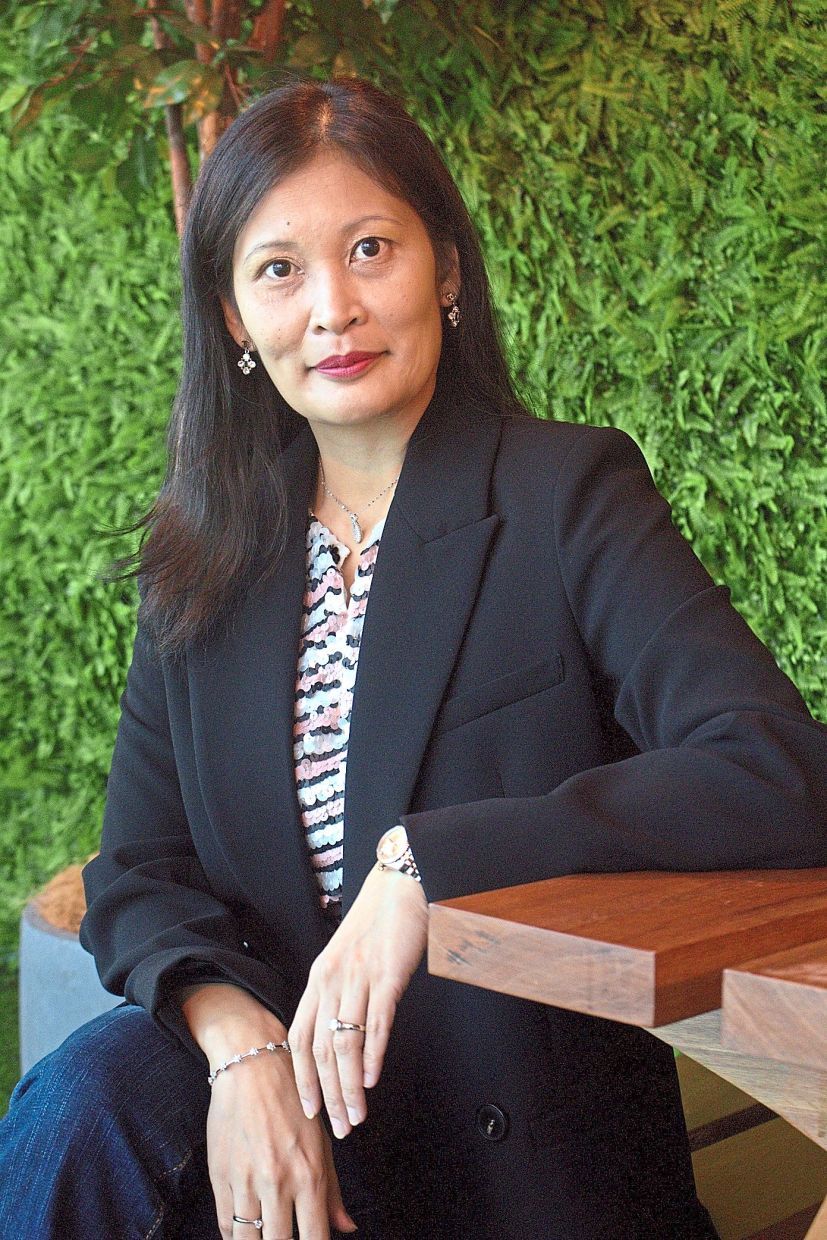 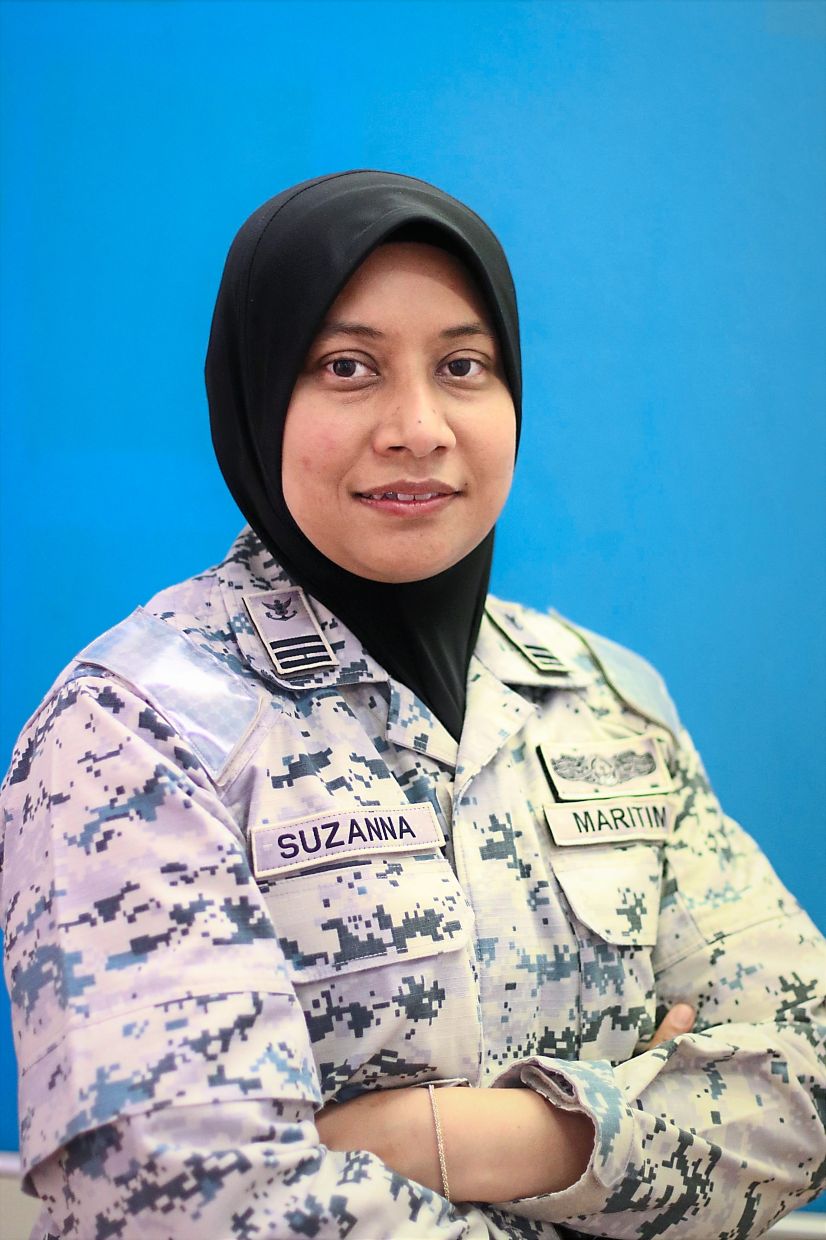 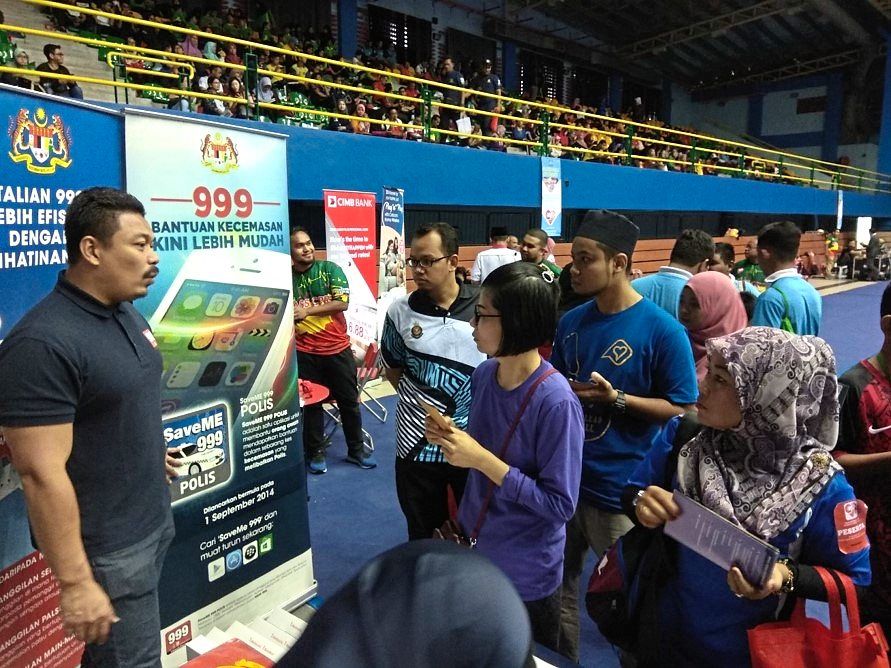 A fire engine must leave a station within 60 seconds upon receiving an emergency confirmation and reach the reported location within 10 minutes.

Professional emergency officers in action at the MERS 999 response centres.

MMEA has six coordination centres to answer to emergencies.

Baskaran: About 70 complaints on unanswered calls this year were against the private sector.

Awareness campaigns held to educate members of the public, including students, about MERS 999’s service in various states.