Big plans to be at forefront of fresh milk industry

Hasni holding a replica of a key to symbolise the handing over of homes to Kampung Pendas Baru Fasa 2 housing relocation project recipients.

JOHOR is working with Pahang and Terengganu to be the main supplier of fresh milk in the country.

“I also spoke to Finance Minister Tengku Datuk Seri Zafrul Tengku Abdul Aziz about this initiative by the three states to expand the fresh milk industry during his visit to Johor.

“In Johor, we have the Jemaluang Dairy Valley in Mersing, which could produce about 5.1 million litres of milk a day.

“We are in the process of hiring contractors and anchor companies to develop the area to become a main fresh milk supplier,” he said, adding the project in Johor was expected to start later this year with an initial allocation of RM70mil.

Hasni said this after a house key handing over ceremony in Iskandar Puteri. 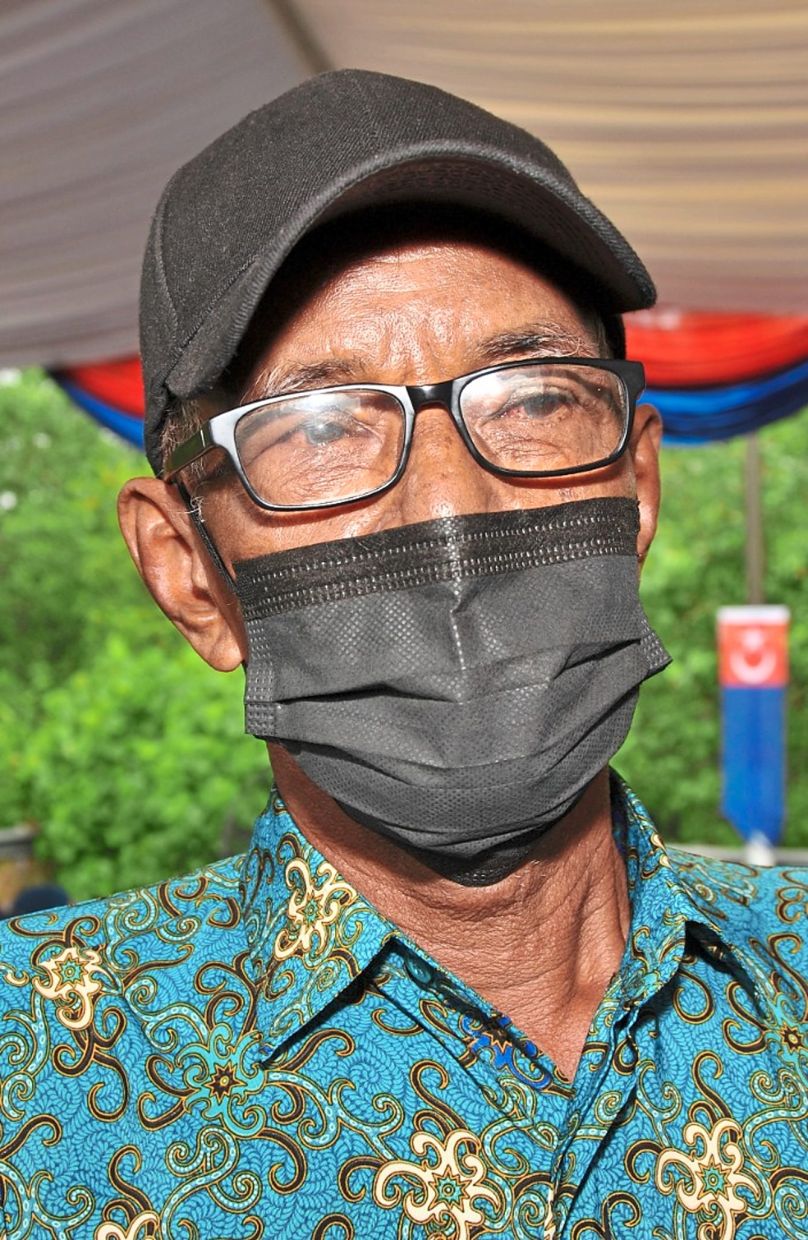 Abdul Rahim is glad his four-year wait has finally ended with the completion of his new house.

He added that the farm in Muadzam Shah, Pahang is already available while Terengganu has identified a location for the project in the state.

“All three states will be collaborating to be the main fresh milk supplier for the country,” he said.

The recipients were from Kampung Ladang Darat, which was developed.

During the first phase of the development project, Iskandar Investment Bhd (IIB) had built 72 units of houses, which were completed in 2011.

“In a census, we found out about 46 families (from Kampung Ladang Darat) were not in the initial list.

“The state government discussed with IIB to collaborate and provide homes for these families.

“They agreed to build the homes if the state government could provide land for the project,” he said.

“The residents were given titles to three-bedroom houses, which cost about RM300,000 each.

“There are public facilities such as a surau and an open space for recreational activities.

“I am glad the residents now have a comfortable home to live in,” said Hasni.

Among those receiving their keys was Ahmad Abdullah, 66, who was excited to move into his new house.

“My previous house had holes on the roof and water would enter whenever it rained.

“Finally, my family and I have a comfortable place to live in,” he said.

Abdul Rahim Jamali, 64, said he was glad that his four-year-wait had finally ended with the completion of the project.

“I have been renting a house in Johor Baru while waiting for this house to be completed.

“Now that I have received the keys, I will move in as soon as possible.

“I really miss the ‘kampung’ environment and am happy to finally be able to experience it again,” he said.