“Good morning, I am Ronnie from sports desk,” said the man with a belly like Santa Claus, grinning and pointing to his desk a few steps away.

That encounter was on my first day of internship at Star Northern Hub in Bayan Lepas, Penang, in 2003.

I was a little awed to be greeted by a man whose football match reports and stories on sports personalities I grew up reading.

Unassuming, down-to-earth, jovial, friendly, caring. All sorts of warm adjectives pop up when I think of him.

That’s Ronnie Oh to us. Regardless of your stature, whether you were a hotshot or greenhorn in the media line, he gave you the same chummy treatment.

On Saturday, Ronnie breathed his last at 2.40am due to lung infection. He was 67.

On learning his death, a surge of flashbacks and wonderful memories came flooding back.

His trademark low, raspy voice, coupled with his hearty guffaws, and even his coughing, was a constant across our newsdesk on the second floor.

He was always the first to say hello, followed by a broad smile. You felt welcome and at ease when he was around.

For more than four decades, he was the mainstay of The Star’s Penang sports desk, covering sporting events big and small, mostly football, in the northern region.

Besides City Stadium and State Stadium in Batu Kawan, Ronnie’s other favourite haunts were Kangar Stadium and Darulaman Stadium.

His first sports desk partner was K.H. Ong, starting from way back in the 70s. He was later paired with Loganath Velloo at the turn of this century after Ong moved to the subs desk.

Even after his retirement in 2012, Ronnie continued to do what he did best — write stories on school sport meets and veteran sport events — until November last year.

This man, together with former regional editor (north) Choi Tuck Wo, interviewed me for the job.

He took me under his wing, showing me the ropes as I covered each and every school and community sports event in Penang at the beginning of my career.

Despite being a veteran journalist, excitement, contentment and satisfaction were written all over his face whenever he got scoops (exclusive stories).

I still remember his glowing pride after securing a back page cover story on Japanese ace Ito Dan, an attacking midfielder for Penang Football Club back in the 2000s.

Then there was the other news break that kept Ronnie grinning for years.

It was about squash queen Datuk Nicol David’s first hand- made racket when she was five that was specially tailor-made by Squash Rackets Association of Penang president Oh Siong Tit.

That story won Ronnie a prize in the Sports Category at the 4th Datuk Seri Lim Gait Tong Journalism Award in 2006.

Ronnie was helpful, caring and protective by nature, sensitive to any in his circle.

Once, he told the photo desk to pass him my mugshot without my knowledge.

The reason: he wanted me to have a special media pass so that I could saunter into City Stadium with him to cover a football match.

There was another instance when Ann Tan, another former colleague (who eventually became my wife), had an unfortunate affliction of mites and kept scratching her hands.

Next thing, Ronnie went to her desk with a bottle of ointment for the itching.

Former deputy chief photographer Chin Cheng Yeang said Ronnie was meticulous and took care of the finer details even in his daily life.

“He would even call up the organiser just to ensure we got a parking spot for convenience,” he said.

It was these little things that won him friendships and gave him strong contacts in the media fraternity.

With his caring personality and people-oriented skills, Ronnie showed us the value of this important aspect in journalism.

Coincidentally, Penang Football Club, which was in the doldrums of Malaysian football for some years, has just finished third in the Super League.

Having seen the rise and fall of the club over the years with much empathy, Ronnie would have loved to see Penang doing well in the Malaysia Cup campaign.

“Bring back the Keramat Roar” was his favourite phrase. 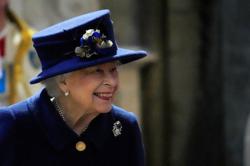