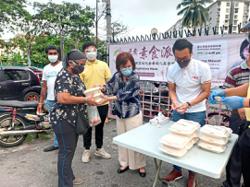 SOME 400 residents in Danau Kota flats and Kampung Padang Balang in Setapak, Kuala Lumpur, have received their vaccine against Covid-19, via a mobile vaccination programme.

The residents who received the vaccines included local and foreign workers living in both areas.

Tan’s special assistant, Andre Lai said some 150 medical officers and volunteers were involved in the programme.

“Although most Kuala Lumpur folk had been vaccinated, we found out that there were groups who failed to do so as they did not or were unable to update details in their respective MySejahtera mobile applications.

“This caused the details in their MySejahtera application to differ from their online vaccine application.

“Because of that, some could not secure a second vaccine appointment after getting their first dose of vaccine,” he explained.

Lai said some residents also failed to turn up during their vaccination appointment, while others had given up on getting one.

“Some foreign workers did not go to the vaccination centres (PPV) on their appointment date, which hampered the government’s effort to achieve herd immunity,” he said.

Tan said such a programme was effective in providing vaccines to the targeted groups.

“It also increases awareness of the importance of vaccination, while making it convenient for the elderly and the disabled residents.

“I am thankful to the volunteers from the nearby surau and mosque, committee members from the residents associations as well as doctors and medical officers who helped out at the event.

“This mobile programme is effective in getting people vaccinated.

“I hope that the district health offices will consider going to other areas such as Teratai Mewah, Setapak Indah Jaya, Kampung Puah, Section 1 and Section 2 in Wangsa Maju,” she said. 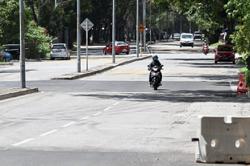