‘Covid-19 pandemic biggest disaster the world has ever seen’

A JOHOR assemblyman described the devastation caused by the Covid-19 pandemic as being worse than the two world wars combined.

S. Gopalakrishnan (PH-Tiram) said the pandemic was the biggest disaster the world had ever seen, with over four million lives lost.

“Almost all countries are affected either economically, socially or politically by Covid-19, with the pandemic causing some governments to fall.

“Many sectors have been affected, including education, with institutions forced to close and students having to learn online,” he said during the state assembly debate on Johor Ruler Sultan Ibrahim Ibni Almarhum Sultan Iskandar’s decree.

Gopalakrishnan noted that countries such as China, United Kingdom and New Zealand had successfully curbed the spread with people being able to resume normal life.

He hoped the Government would carry out more comprehensive measures to curb the spread of Covid-19 within the community.

He also thanked Johor Mentri Besar Datuk Hasni Mohammad for allocating RM150,000 to all assemblymen to help those affected by Covid-19.

Meanwhile, Jimmy Puah Wee Tse (PH-Bukit Batu) said the main question was how to control the spread of the virus while reviving the national economy.

He said the best way was by increasing vaccination rates and achieving herd immunity as quickly as possible.

“Vaccination rates in Johor are still low, but there has been an increase from this month.

“Hopefully, the state government can provide the latest update on the vaccine delivery and distribution,” he added.

Puah also expressed shock over reports that some 780 teachers in Johor had not been vaccinated.

“I think the government should make it mandatory for all civil servants to be vaccinated,” he said. 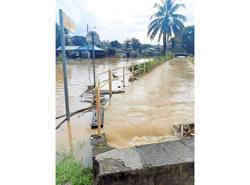