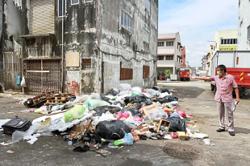 Yee showing one of the areas that has become an illegal rubbish dump site at Taman Usahawan Kepong.

Apart from causing a stench, the illegal dumping by traders obstructs traffic and takes up parking bays.

He had proposed to Kuala Lumpur City Hall (DBKL) that rubbish bins be placed in the area.

“But DBKL said rubbish collection in an industrial area must be handled by the proprietors there,” he said.

The latest report stated that DBKL had engaged Alam Flora Sdn Bhd to handle waste collection in the area 20 years ago.

But this stopped after DBKL cited the Refuse Collection, Removal and Disposal (FT) By-laws 1981, which states that industrial and commercial waste must be disposed of by the respective establishments.

DBKL had also said that under the Trade, Commercial and Industrial Licensing By-law 2016 of the Local Government Act 1976, owners of industrial premises must manage and dispose of their own waste.

Yee said the joint management body in the commercial area comprising some 600 units had failed to manage the problem as many owners were reluctant to pay for the service.

He urged the Housing and Local Government Ministry to intervene. — By FARID WAHAB 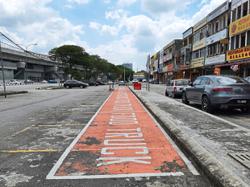