PENANG is targeting 2,000 screenings to be conducted with the third week of its mass Covid-19 screening programme (PSC-19) held across six locations on the island and mainland from today.

“On Saturday, it will be held at Bandar Putra Bertam hall in Kepala Batas and Paya Terubong Jaya food court and market complex in Paya Terubong.

“On Sunday, it will be held at the State Stadium in Batu Kawan and Tanjung Bungah food court and market complex.

“We urge individuals who want to be tested to register themselves for the PSC-19 at their desired location through their respective constituency service centres,” he said at a press conference during a check on preparations for PSC-19 at City Stadium in George Town yesterday.

Penangites who want to register for PSC-19 can visit penangsaring.selangkah.my 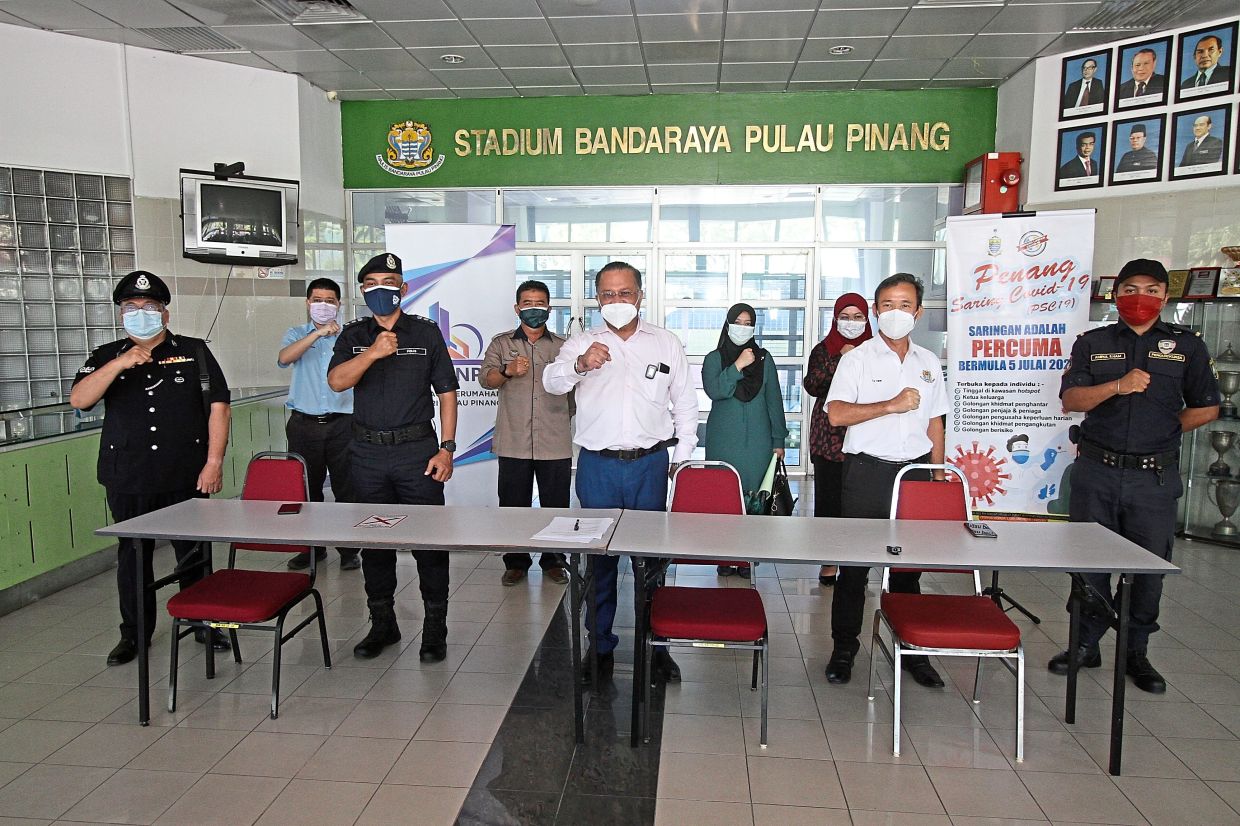 “The remaining 151 tested positive in the Antigen Rapid Test (RTK-Ag) but these individuals will go through subsequent polymerase chain reaction (PCR) tests.

“As of yesterday, 81 among the 151 have tested positive after their PCR tests, while 48 individuals are awaiting results.

“We are pleased that the numbers are not big and hope more individuals will come forward for the testing as the state is conducting the screening for free.”

He said the PSC-19 would continue until the number of screenings conducted reach 40,000 with 1,000 individuals tested in every constituency throughout the state.

On the vaccination rate in the state, Jagdeep said 1.1 million people had registered for the vaccines and 532,427 people had received their first dose as of July 20.

“The overall SOP adherence is all right so far and we do not see many compounds issued for not wearing masks and not using the MySejahtera application of late.

“It is good to see that the people seem disciplined in the fight against Covid-19 and we do not want to be negligent even as we are in Phase Two of the National Recovery Plan (NRP).

“We understand that with the pandemic, many people are stressed out and under pressure, so we do not want to simply issue compounds to add to their burden.

“But we hope they will not use this as an excuse to break the law as we will still issue compounds if there are SOP violations found,” he said.