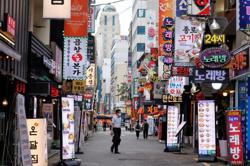 COOL winds and showers are bringing crisp weather with blue skies for Penang, but state environment committee chairman Phee Boon Poh calls on the people not to be complacent because the heat wave happening on the other side of the globe can affect anyone.

“We now get pleasant average temperatures of between 24 and 31 degrees Celsius in Penang with sunny days and showers at night.

“But the scorching temperatures in Canada and America are not to be taken lightly.

“If such temperature rises can happen in a temperate country, imagine what it can be like in a tropical country like ours.

“Such climate changes are emergencies and the melting of ice caps on both poles will be expected, leading to rising sea levels that will affect us later, ” he said.

Phee was commenting on the heatwave seizing those countries now, sending thermometers shooting up as high as 48.9 degrees Celcius.

To the human body, brain damage will occur when the body temperature exceeds 42 degrees Celcius.

As of this month, nearly 500 people in western Canada have died because of the heatwave and firemen are struggling against more than 200 forest fires.

In northeast America, subway train services had to be stopped because the heat was melting electric cable insulation.

Phee said Penang must keep up with initiatives to conserve the environment even during the pandemic, and among them are creating more greenery and improving green building infrastructure.

“Good weather will not be forever if we do not do enough to protect the environment.

“We have to look into planting more trees and developing more pocket parks to keep temperatures down.

“Infrastructure of developments may include the use of interlocking bricks in driveways and walkways to help water absorption into the ground, thus cooling the earth and reducing floods, ” he said.

Meanwhile, Malaysia Meteoro-logical Department issued a statement assuring citizens that the heatwave pummelling Canada and America had no effect on Malaysia for the time being.

Its director-general Jailan Simon said the heat experienced in Canada and America was due to static high pressure air, creating a “heat dome” over the region.

“Temperatures up to 48.9 degrees Celsius were recorded and this occurs due to an almost static high air pressure system caused by slow air movement.

“Malaysians need not worry because we are not affected by the hot weather phenomena.

“We are now in the middle of the southwest monsoon, which is expected to end in September.

“During this period, we expect lower than normal temperatures from July due to higher humidity and more rain than usual.

“We expect normal rainfall in August, ” he said in a statement.

Jailan added that MetMalaysia did not expect any serious cross- sectional haze to occur in the country this year. 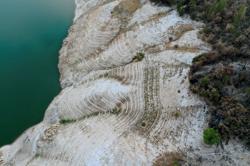