The slope behind Block B has been temporarily covered with tarpaulin to prevent further erosion.

RESIDENTS living in Block B of Sri Lempah flats in Lorong Jugra, off Batu 3 1/2 Jalan Kelang Lama, Kuala Lumpur, let out a sigh of relief when they saw contractors and lorries drive in to begin repairing several eroded slopes in the area.

Reports had been lodged with Kuala Lumpur City Hall (DBKL) last year after a landslide occurred behind their flats and the residents had waited eight months for action to be taken.

The workers began clearing the slope, removing vegetation and trees while a crane was used to cut and hack the slope.

The exposed slope was covered with tarpaulin sheets to protect it from further erosion.

Sri Lempah Management Corporation I chairman Chong Kam Cheng said the contractors started mobilising their team last week but had been waiting for International Trade and Industry Ministry’s approval before starting the job.

“The contractors started work on Tuesday, ” Chong told StarMetro, adding that they were waiting for DBKL’s Civil Engineering and Drainage Department’s green light once the land clearing was completed.

Last November, the first of several slopes started eroding behind Block B, resulting in sleepless nights for residents whose units faced the affected site.

However, there were delays in getting the matter attended to as the area in question was located on private land.

“The issue of payment was a factor in the delay.

“However, due to the urgency of the situation and safety concerns, DBKL decided to carry out the work.

“Residents will be billed for it later, ” said Seputeh PKR chief S. Mahendran, who has been helping them with the matter.

“I will be monitoring the situation now and we hope the slopes will be repaired as quickly as possible so that people living here can finally get some peace of mind, ” he said.

He added that the estimated cost of repairs was about RM400, 000 and this would be included in residents’ assessment bills.

“I am relieved and grateful that this matter is resolved, ’’ said Mary Mani, who lives near the slope.

“Better late than never, ” said Andy S, another resident from Block B.

Resident Jacob Velacherry, who had contacted StarMetro a few months ago seeking help, said he was happy that residents were out of harm’s way.

“I do not live in the same block, but as a committee member of the management corporation, I am worried for residents’ safety and want to make sure that the slopes are repaired, ” he added. 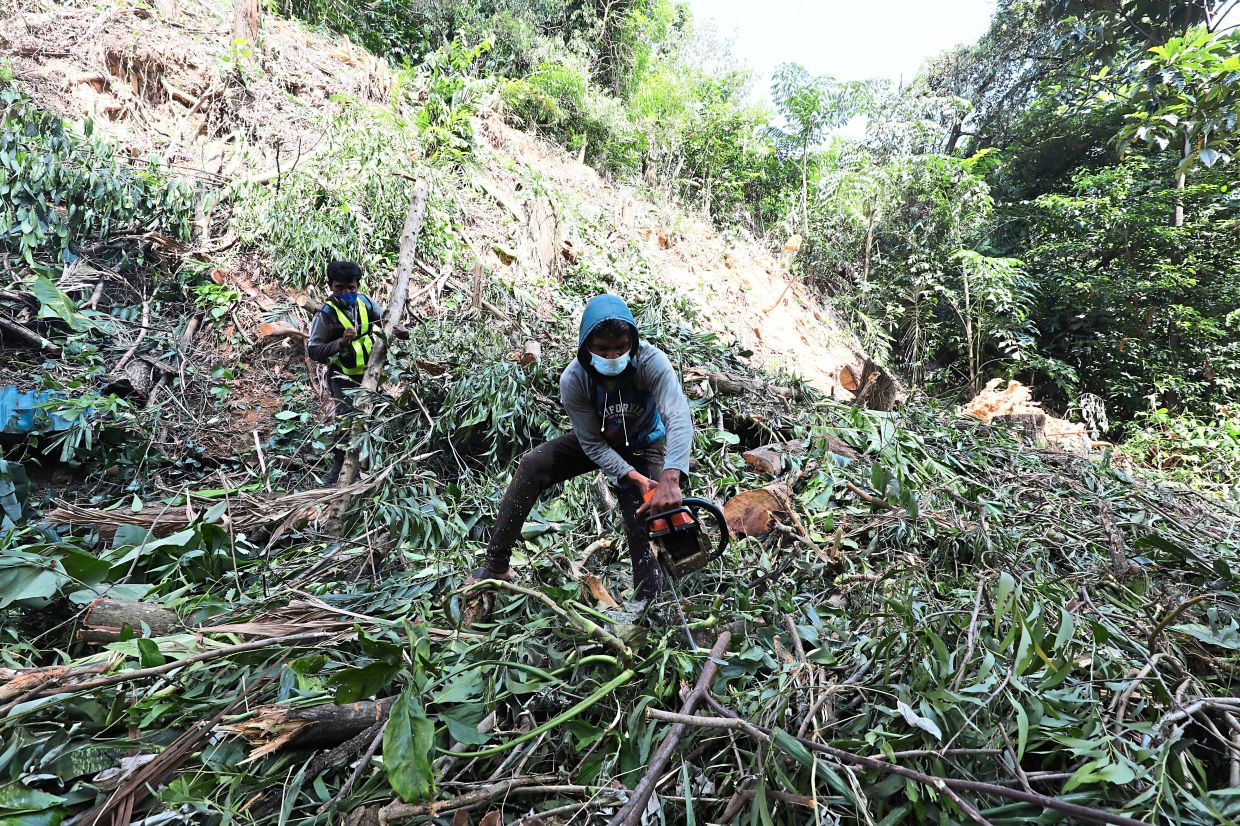 The slope behind Block B has been temporarily covered with tarpaulin to prevent further erosion. 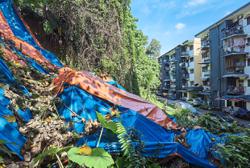