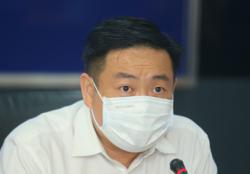 A BUSINESSMAN who had to postpone his son’s wedding three times due to Covid-19 and the movement control order was given monetary relief by the Consumer Claims Tribunal.

The claimant Ab Hamid Ali, 57, said he booked a multi-purpose hall in Kempas, Johor Baru for the wedding reception that was to take place on Dec 20 last year.

But in November, the venue was ordered to close for two weeks as Covid-19 cases were detected there.

He then looked for another place to hold the wedding, which was postponed to Jan 17.

“We found a factory that had been converted into a multi-purpose hall and paid RM1,000 as deposit, ’’ he said when met outside the Johor Baru Consumer Claims Tribunal at Menara Ansar.

“I called the hall’s management in Kuala Lumpur to return the money but they refused, ” said Ab Hamid.

His son’s wedding finally took place at a hotel in Senai on Feb 17 during the conditional MCO.

Tribunal president Zahirullah Mohd Taid ordered the respondent, who did not turn up for the proceedings, to return RM3,150 to the claimant within 14 days.

Meanwhile, a medical doctor at a private hospital filed a case against a car workshop owner.

The 30-year-old, who declined to be identified, had bought a 4WD in August 2019, but it started giving problems on Jan 21 this year.

Smoke started coming out from the engine and on several occasions the vehicle would suddenly stop.

The claimant said he sent it for repairs to a workshop in Permas Jaya and on Jan 24, in a video call, he was told several parts needed to be replaced.

The quotation given was RM4,600 and he transferred the money online on the same day.

When he went to the workshop on Jan 28 to retrieve the vehicle, the workshop owner charged him an additional RM1,329, bringing the total bill RM5,929.

“He told me that the additional charges were for other parts that needed replacement, ’’ the claimant said.

There weeks later, the vehicle broke down at Sepang Rest & Recreation stop.

“I had to fork out RM1,000 to tow it back to the workshop, ’’ he said, adding the owner told him that repairs could not be done as certain spare parts were unavailable.

“I told the workshop owner that I would buy the spare parts and only pay the labour charge.”

However, he said the owner wanted to bill him double the labour charge of RM680, for a total of RM1,360.

“I refused and sent the vehicle to another workshop in Permas Jaya, ’’ he said.

He found out from the second workshop owner that the owner of the first workshop had overcharged him for the spare parts.

Zahirullah ordered the respondent, who did not turn up for the hearing, to return RM5,929 within 14 days. 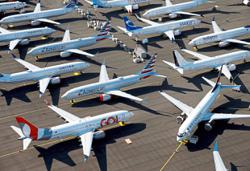