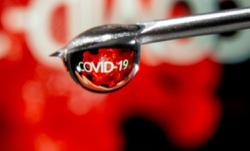 FOR those living away from home, Hari Raya Aidilfitri presents an opportune time to reunite with loved ones and indulge in family togetherness over traditional dishes typical of the season.

But for the second year in a row, many have had to shelve plans of heading home due to interstate travel restrictions in light of the ongoing Covid-19 pandemic.

Senior Minister Datuk Seri Ismail Sabri’s announcement last week that the movement control order was back, however, has thrown a spanner in the works for recently married young couples, who had hoped to share their joy of becoming parents with their families back home.

September 2020 was significant for Haleeza Hadzis when she stepped into motherhood.

Like all young mothers, she was eager to share her little bundle of joy with her mother in Kota Kinabalu, Sabah.

But the interstate travel restrictions have put a dent in the 28-year-old’s plans.

Haleeza, a newlywed, hoped to go home for Raya but her reunion with her family will have to be postponed.

“I am really sad that I am unable to spend Raya with my family in Sabah.

“Ever since I got married, I have not gotten the chance to celebrate Raya with them and I wanted to show my baby to my mother, who is eager to hold him in her arms, ” Haleeza said, adding that she and husband Muhammad Umar Ahmad Khairuddin, 31, were planning to have a quiet celebration at their Kepong home.

Muhammad Harith Hafiq Rohimi and Rosmahaslin Azurainei Mustapa, both 29, planned to return to their hometown in Kota Baru, Kelantan.

“I placed orders for our baju raya, two months ago, in anticipation of going home.

“I also ordered some biscuits for my family in the kampung, ” Rosmahaslin said.

The SK Ampang English teacher added that her parents had been looking forward to spending Raya with her two-year-old son Haraz Noah.

“He is their only grandchild. I was really sad when the government announced the ban on interstate travel, ” she said.

Rosmahaslin understands the reason for this and is willing to do her part.

“The frontliners have made a huge sacrifice for our country. It is time for us all to do our part too, ” she said.

For Mohamad Faiz Moh Djamil, 34, from Ampang, the ban on travelling outstation, though understandable, is hard to come to terms with.

The father of one from Pontian, Johor, said his wife Ku Nur Fadzilah Ku Abdul Latiff was distraught when the MCO was announced as she was ready for the long drive home to Alor Setar, Kedah.

On May 4, the government announced the implementation of the MCO in six Selangor districts – Hulu Langat, Petaling, Gombak, Klang, Kuala Langat and Sepang, from May 6 until 17.

Kuala Lumpur then joined the line-up on May 7.

On Monday, the MCO was extended nationwide starting today until June 7.

“My wife insists that we make the most out of the situation. If we do not, then it will be a gloomy celebration, ” he said, adding that they would have a video call with family members tomorrow morning.

The eldest of two siblings has now cancelled the flights.

She recalls how her family would gather for a big feast the night before Raya each year.

“My father will roast squid and slather them in barbecue sauce and then squeeze lemon juice over.

“My mother will cook lamban which is a traditional Bruneian-Malay delicacy popular in Sabah, ” she said.

For Mohd Nor Khairy Khasimi from Besut, Terengganu, this year’s celebration would be a departure from the tradition of previous years.

“My siblings and I usually visit our late father’s grave in the morning, but this year I will be celebrating Raya with my wife.

“We will stay at home unless there is a need to go out, ” said the 29-year-old quality engineer who lives in Ara Damansara.

For Haleeza, preparing for Raya this year has taught her to be grateful for being able to share the celebration with loved ones.

She spoke of a friend, in her hometown, who recovered from Covid-19 late last year.

“With the rising number of cases, perhaps it is best for city folk to stay away from their hometowns.

“I believe there must be a hikmah (reason) for all of this, ” she said.

For Rosmahaslin, the festivity has given her and her husband the chance to reflect on their role as responsible citizens.

Although tired of the various restrictions in place, she understood that they were necessary for the greater good of the community.

Mohamad Faiz hopes the fact that Muslims had to spend another Raya away from their families serves as a reminder for everyone, including politicians, to put aside politics for the common good of the people.

“Several major festivitals have come and gone such as Deepavali, Christmas and Chinese New Year.

“Each time, the rakyat is saddled with a new set of standard operating procedure to usher in the festivities, ” he said.

Mohd Nor Khairy, however, looks at the recent implementation of the MCO as a crucial reminder on the need to abide by the SOP.

“Be a responsible citizen and do your part. If everyone complies strictly, hopefully next year we can celebrate Raya like we used to, ” he said. 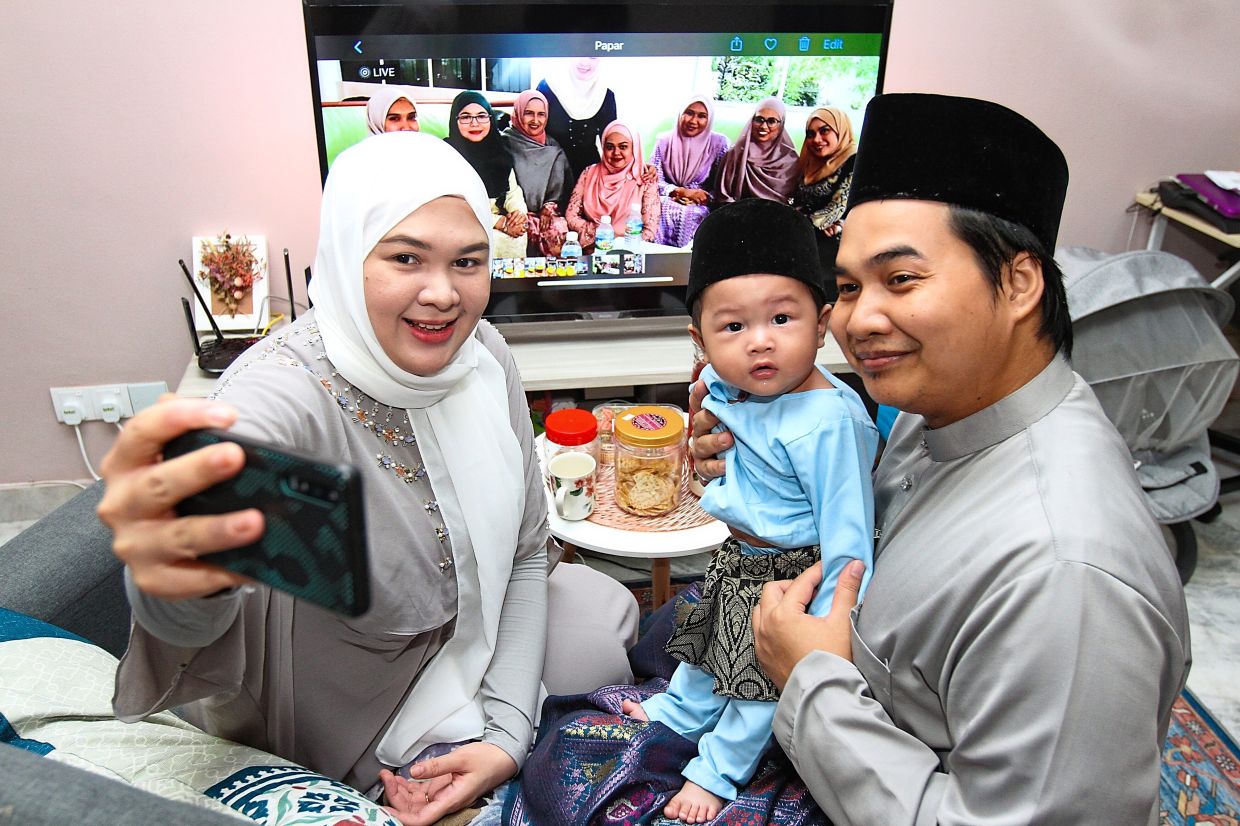 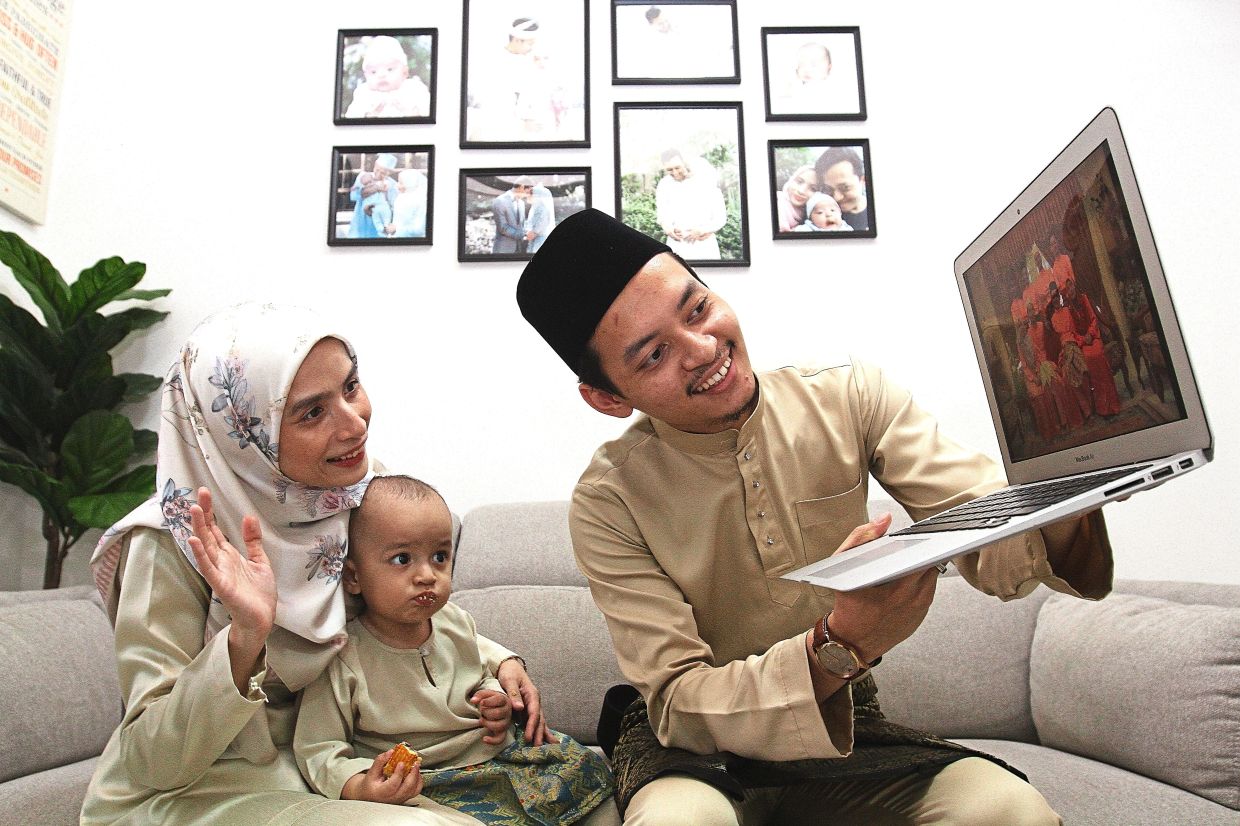 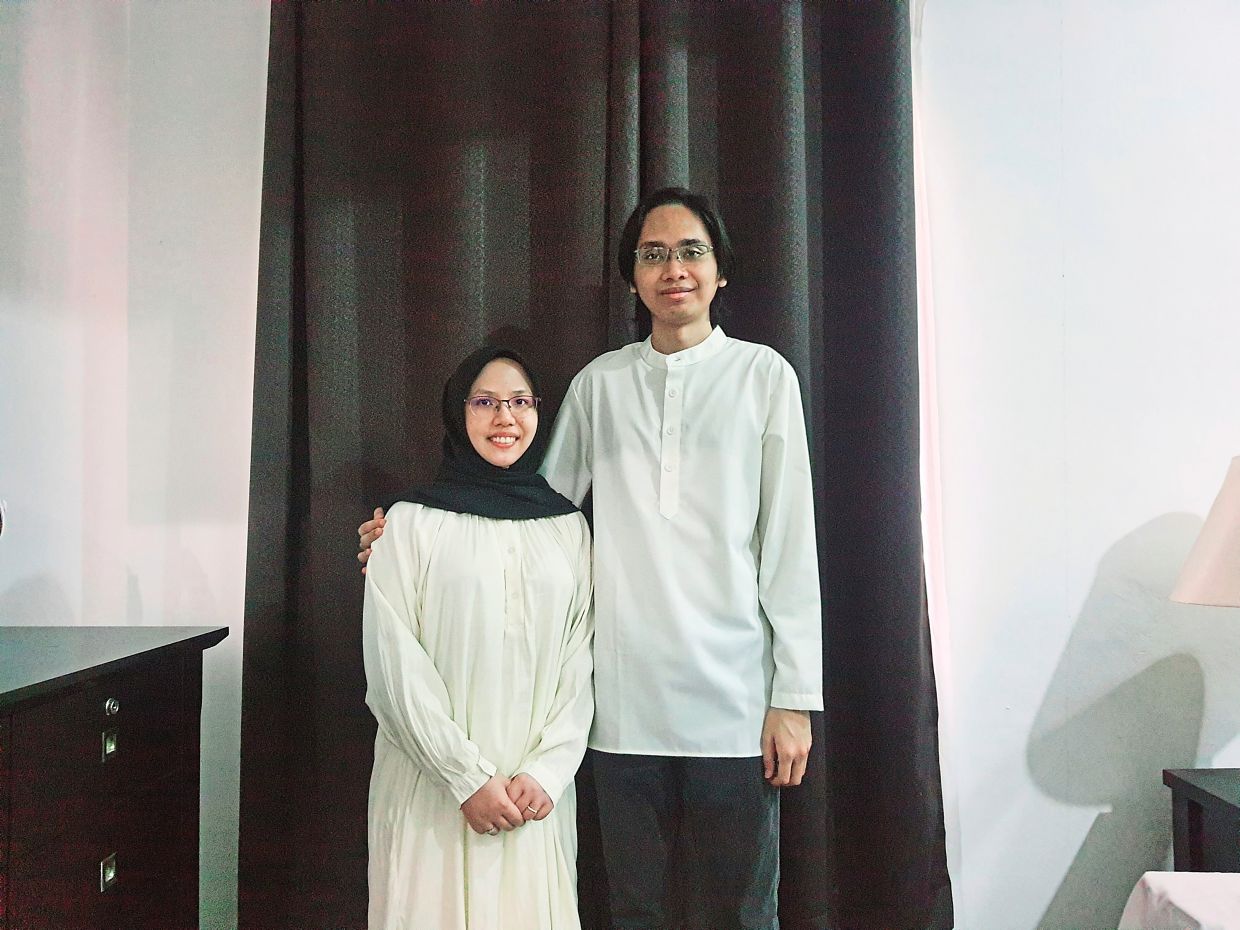 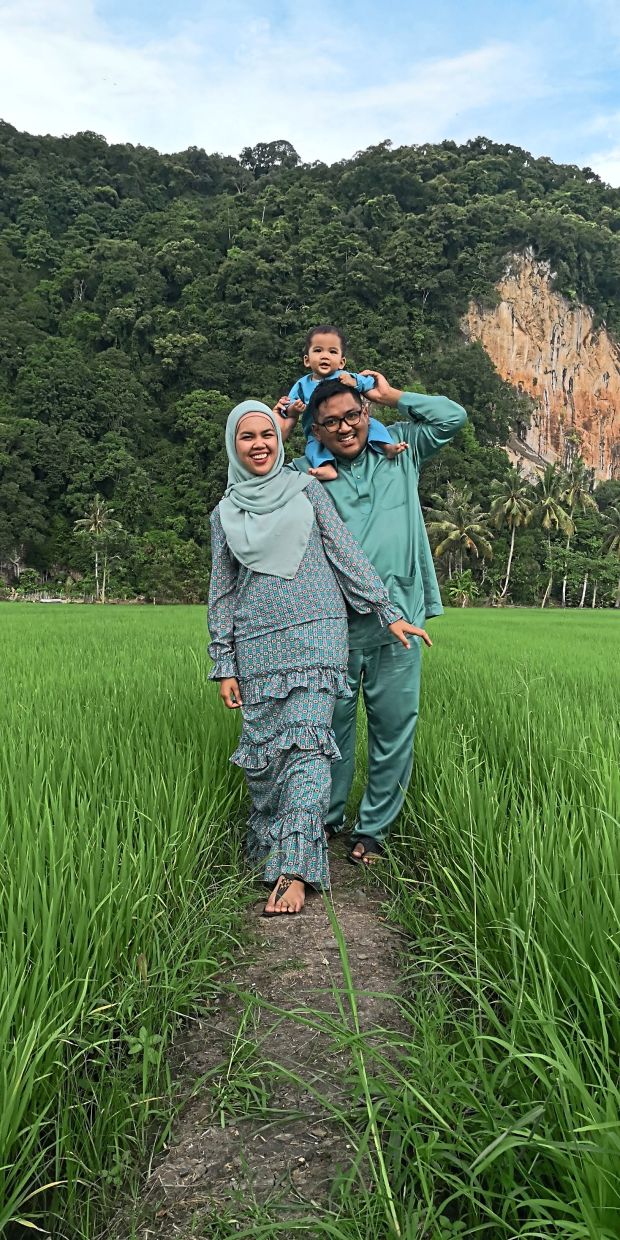 Mimi Nur Syazwani and Ahmad Faizal had to cancel their flights to their hometown in Kota Kinabalu, Sabah.

Mohamad Faiz and Ku Nur Fadzilah at their hometown Alor Setar in this picture taken before the ban on interstate travel.