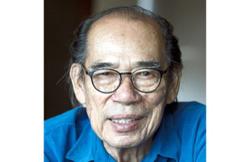 Chow says roadkill is a clear indication of humans encroaching far into the natural habitat of animals.

THE frequency of wildlife roadkill is a clear indication of humans encroaching far into the animals’ natural habitat, says a conservationist.

“The roads are originally the animals’ natural crossing path and they have been moving around the area for years, until we come along and destroy their habitat, leaving them with nowhere else to go.

“It is up to us to protect them and this includes motorists slowing down at such areas to avoid hitting the wildlife, ” he emphasised.

He said the Kota Tinggi district, in particular, was known for such accidents as it was home to the Panti Forest, which is believed to be the common migration destination for certain animals.

“If we look at the Malaysian map, Kota Tinggi is at the end of southern Malaysia’s forest area.

“The Panti Forest is connected to a long stretch of forest that goes from the north to the south of Peninsular Malaysia.

“It is somewhat the last outpost for the animals.

“Wild animals that wander and migrate from other parts of the country ultimately reach Kota Tinggi as they follow their traditional route, ” he explained.

He noted that a lack of research on the migration patterns of wild animals or the lack of application of such research here had contributed to the failure of wildlife conservation efforts.

“We have not been able to map out the way the animals move and this undermines efforts to preserve the animals’ natural habitats.

“There are no clear markings of their natural habits so we do not know where they live and as a result, our wildlife pay the price by being hit on the roads, ” he said.

Chow urged the government to work closely with non-governmental organisations (NGOs) to put an end to roadkill that had caused the death of dozens of wildlife every year.

“We need to review the way we carry out conservation efforts and this requires the collaboration of all parties.

“The government, both at state and federal levels, must engage with NGOs as the latter are able to provide valuable insight and expertise that can improve the country’s conservation efforts, ” he said.

He noted, too, that government departments involved in wildlife conservation were underfunded.

Chow also stressed the need to improve wildlife awareness among the public, especially among schoolchildren.

“We need to instil environmental and animal awareness in people from a very young age, so schools play a very important role in this.

“It is sad to see that some of our schoolchildren are unable to recognise the animals in Malaysian forests.

“The education syllabus should include introducing children to the variety of wildlife in this country and enable them to tell one apart from another.

“This can instil a feeling of love towards nature among our young ones, allowing us to groom generations of people who can champion our wildlife conservation efforts, ” he added. — By VENESA DEVI 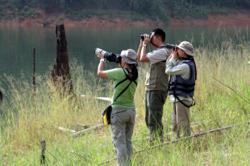