“I do have some worries about the risks of inoculation.

“I still feel getting the injection will be good for me, my family and the public at large, ” said the 90-year-old.

Lee, a well-known traditional Chinese orchestra conductor, was among 359 people who received the first dose of the Covid-19 shot during the second phase of the National Covid-19 Immunisation Programme on Monday.

The stadium was turned into the Kota Setar Vaccination Centre with some 400 people expected to receive the Covid-19 jab daily.

Azizah Latt, 85, said she felt no pain at all after the injection. 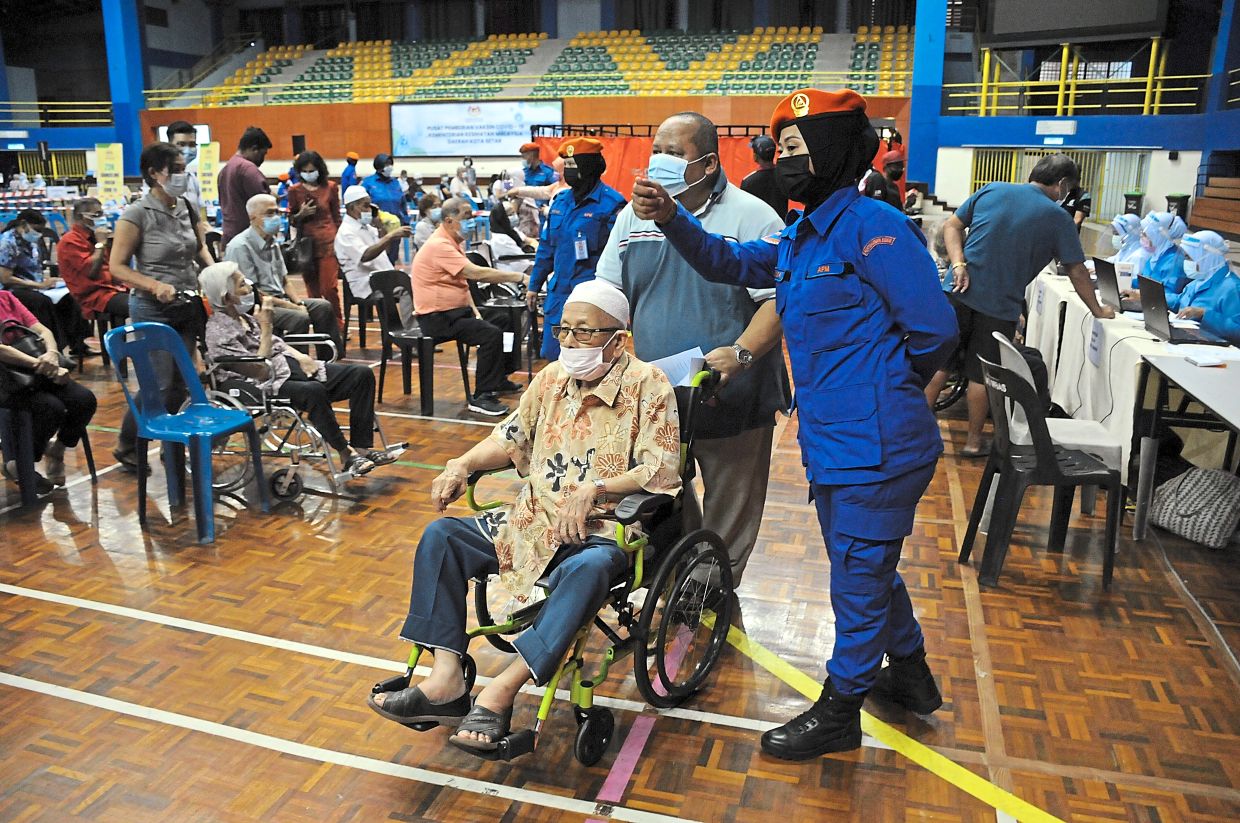 “I took the vaccine to protect myself from the virus.

“I was also worried over the safety of my children whenever we meet up at home, ” she said.

“I urge everyone to cooperate with the Government by getting the vaccine. We must help each other in building herd immunity, ” he said. Pastuv Kaur, 85, said she felt fine after receiving the injection and described the whole process as “painless”.

Retired police Inspector M.T. Rajaratnam, 88, said everyone must go through the process to fight the pandemic.

He, however, was upset with the long waiting hours.

“There were so many questions asked and so many forms to be filled up.

“We came at 8.30am and the documentation process was still not finished at 10.30am.

“Surely the injection can be done straight away, ” he said. Lee receiving his shot at the stadium.

Meanwhile, centre coordinator Dr Aren Sinedeh Lemin said only 200 people would be allowed into the stadium at any one time with the rest waiting under tents put up outside the stadium.

Kota Setar district officer Datuk Mohd Asri Redha Abdul Rahman said only 30% of the population in the district had registered for the shot via the MySejahtera app.

“On Sunday alone, we registered 548 people. We expect the number to increase gradually.

“Officers have been told to increase awareness among village folk on the vaccination.

“It would defeat the purpose of getting the vaccine if only 50% of the community sign up.

“We are worried there will be no takers if the vaccine arrives in huge quantities later, ” he said.