After a six-year wait, the plot of land (with open gate) next to Guan Di Temple (right) in Bandar Sunway has been gazetted for non-Islamic religious purposes. — RAJA FAISAL HISHAN/The Star

Guan Di Temple in Bandar Sunway, Petaling Jaya, hopes to expand its premises and facilities following the gazettement of a plot of land next to it for non-Islamic religious purposes.

“The extra space will allow us to accommodate the growing number of devotees who come to the temple for activities and celebrations, ” said Persatuan Pengurusan Rumah Berhala Guan Di chairman Koay Teng Koon.

“We hope to merge the new plot of land with the existing site, then raise funds to build a two-storey temple that we estimate will cost RM3mil. “For now, it will be used for storage and parking.”

According to the association, Guan Di Temple has a history of over 40 years in Bandar Sunway.

The additional land, marked as Lot 37559, also measures 462sq m and was previously occupied by a kindergarten. 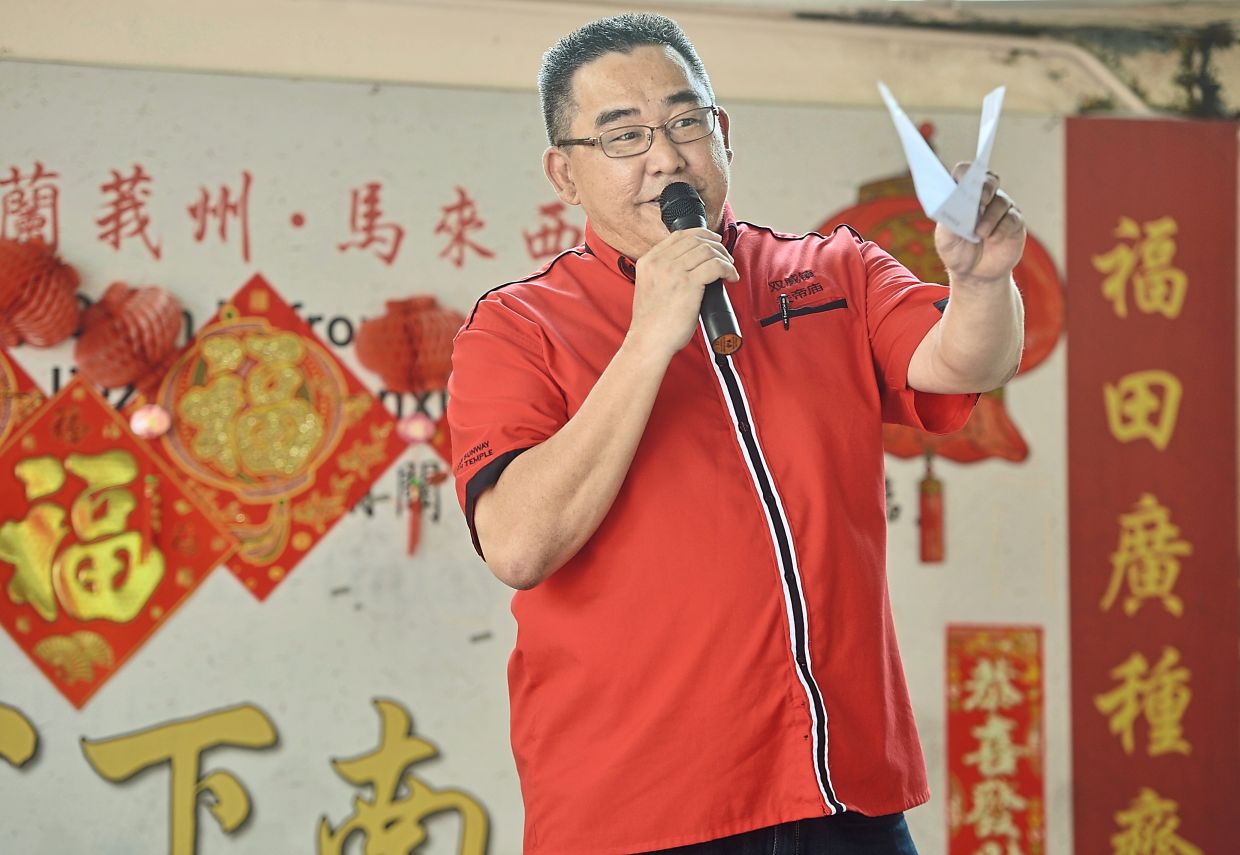 “Our temple engaged a legal firm to assist in the application for the relevant lot in September 2014.

“The application was rejected at that time because that lot was allocated for educational purposes, ” said Koay.

“We submitted our appeal in May 2016, which was verbally rejected, and again in March 2017.

“Coincidentally, the Selangor government bureau on non-Islamic religious affairs decided to recategorise the lot as religious reserve land in April 2017.

“In August 2018, we approached Subang Jaya assemblyman Michelle Ng for help and in October 2020, we were informed that the state had gazetted the lot for non-Islamic religious purposes, ” he added.

Selangor local government, public transportation and new village development committee chairman Ng Sze Han said the land still belonged to the state government, but the gazettement gave the temple committee the right to maintain and use the land. He said this after handing over the land title to Koay.

Koay said Guan Di Temple drew devotees from all over the Klang Valley and beyond.

“Before the Covid-19 pandemic, our temple would have over 2,000 visitors for major events.

“We have not organised any celebrations since the pandemic, but the temple remains open for daily prayers with a maximum of 30 people allowed inside the prayer hall at any one time, ” he said.