PCMA adviser Tan Sri Hew See Tong said the donation was made to commemorate the contributions by its predecessors to the country. 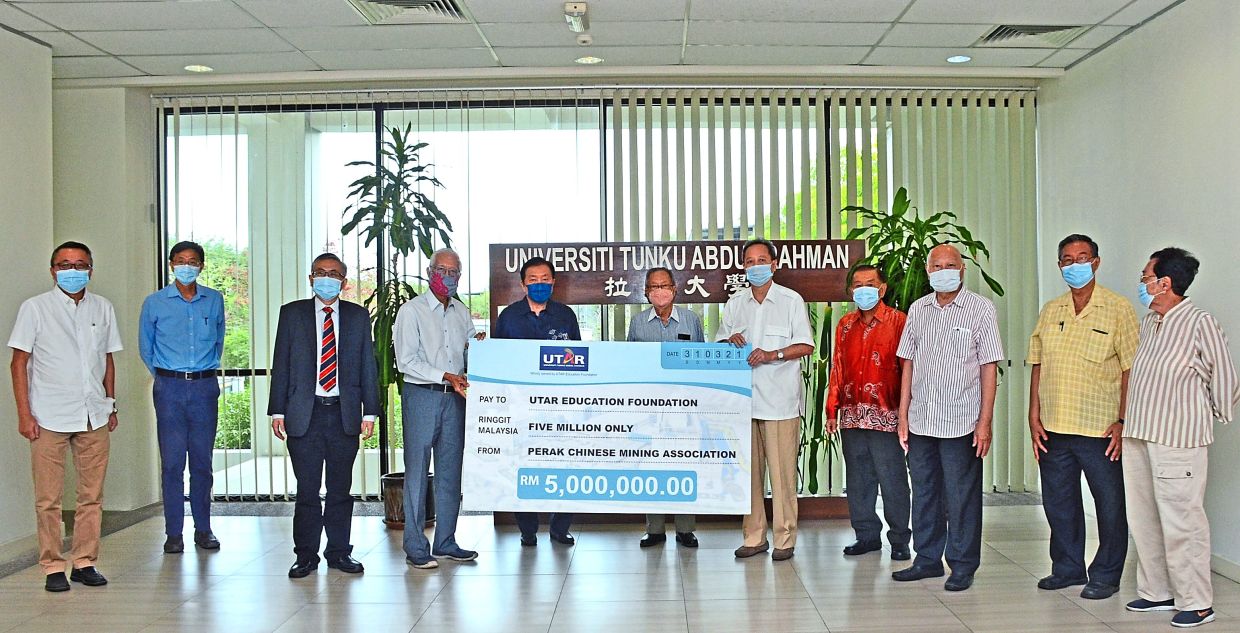 “The tin mining industry played an important role in the development of the country, ” said See Tong, who is also UTAR planning and development committee adviser, during the presentation ceremony at the Kampar campus.

“We hope the hospital project will be completed soon to benefit society and the nation, ” he added.

“Most primary schools in new villages received donations from our forefathers and we want to carry on this legacy, ” he said. At a separate event, the foundation received a donation of RM20,000 for the hospital project from the Kampar Moy Kong Association women’s unit.

The cheque was received by Prof Choong.

Mun Fah said, “Although it is a small amount, we hope this donation will serve as a starting point for local associations and the public to contribute to the UTAR Hospital project for the benefit of the Kampar community.”

Prof Choong gave a brief introduction on the hospital project while thanking the association for its donation.

“Your invaluable support and generous contribution will greatly benefit not only UTAR’s medical and health science students who will receive training at the hospital, but also the community in Kampar and surrounding towns who will gain from affordable medical services in both western as well as traditional and complementary medicine, ” he said.

Located within UTAR’s Kampar campus, the hospital is set to to be a not-for-profit institution.

It is expected to be fully operational in 2022, in conjunction with UTAR’s 20th anniversary.