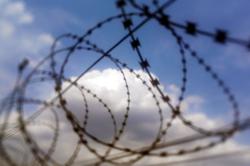 A trader at the Sibu central market where business has been down due to the pandemic.

Sibu Central Market, which houses around 1,200 traders, will be temporarily closed again following a spike in Covid-19 cases.

Though this time the closure is only for four days from April 17 to 20, many traders here are unhappy at having to cease business again.

Earlier, the central market was closed from Feb 8 to 28 following 47 positive cases reported during the first week of February.

It was reopened on March 1, but 17 cases were recorded between then and April 14.

Sibu Vegetable Planters Association chairman Kong Hua Kuong said he was not sure if closing the market would improve the situation as the coronavirus was widespread in the district.

Kong, who has a vegetable stall in the central market, said traders like him had to open for business or discard unsold vegetables.

“If I don’t sell them, I will have no choice but to throw them away when they turn bad, ” he said.

But it is a different scenario for those selling non-perishable goods as a number of them, according to Kong, prefer to stay safe by not opening their stall.

“Those selling biscuits and toys don’t want to open their stall because even if they do, business will not be good anyway, ” he said. 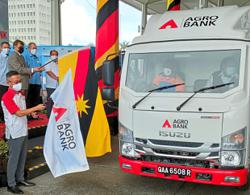 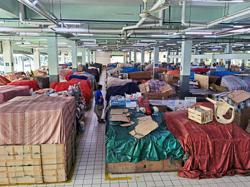