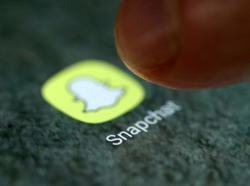 Mohd Haffiz (second from left) visiting one of the booths set up during the launch of Iskandar Malaysia Low Carbon 2021. With him is Mohd Norlisam (third from left).

MORE than 40 tonnes of recycled materials statewide have been processed by SWM Environment Sdn Bhd (SWM Environment) through its ‘Kitarecycle’ programme.

Its corporate general manager Mohd Norlisam Mohd Nordin said under the programme, the public would be able to exchange recycled items for points via the Kitarecycle mobile application, and the points could later be redeemed for cash.

“We want to encourage the public to be actively involved in environmental initiatives, especially recycling.

“Since the start of the initiative in 2019, the application has had around 2,000 registered users and we hope to see this number increased by 1,500 each year,” he noted.

He told reporters that recycled items could be collected from house to house, or from SWM Environment’s collection centres.

“As for our mobile collection centres, the public can visit our website for the date, time and location,” he added.

Norlisam also encouraged associations, government departments and other groups to work together

with SWM Environment to provide more mobile collection centres for the public’s benefit.

“We were able to see a significant reduction in the release of carbon dioxide (CO2) during the six months of the programme last year.

“We believe we can further reduce the release of CO2 with the continuation of the programme this year,” he added.

Under the Iskandar Puteri Low Carbon competition, participants will be given a calendar where they can report the amount of electricity and water they have managed to save monthly.

They can also report on the recycling rate they have achieved throughout the programme.

“Throughout last year’s programme, the public were able to collectively reduce their electricity bills by RM17,665 and water by RM12,365,” Mohd Haffiz said, adding that participants stood a chance to win cash prizes of up to RM20,000.

He said some 70 households in Iskandar Puteri took part in the programme last year and the target for this year was 100 households.

“Apart from residences, participants from schools, institutions and organisations can also take part in the competition,” he explained.