UPGRADING work has started at the Upper Station on Penang Hill to expand its capacity by almost double.

The RM9.3mil project under the fourth phase of Penang Hill Corporation’s (PHC) hill enhancement works is among the largest including better facilities on the peak, about 700m above sea level.

Chief Minister Chow Kon Yeow, who is also PHC chairman, said the main focus of the project was to expand its waiting halls to two-storeys, covering 1,422sq m of space and allowing it to accommodate up to 700 visitors at one time.

The existing space is only about 800sq m with a capacity to accommodate 250 people.

“Last year, the state allocated RM13mil to upgrade facilities and infrastructure on Penang Hill and this year, RM14.1mil was allocated.

“The project is certified gold rating under the Green Building Index (GBI) and will incorporate sustainable methods in the building design, such as solar panels on the roof, rainwater harvesting and installation of energy-saving fittings. 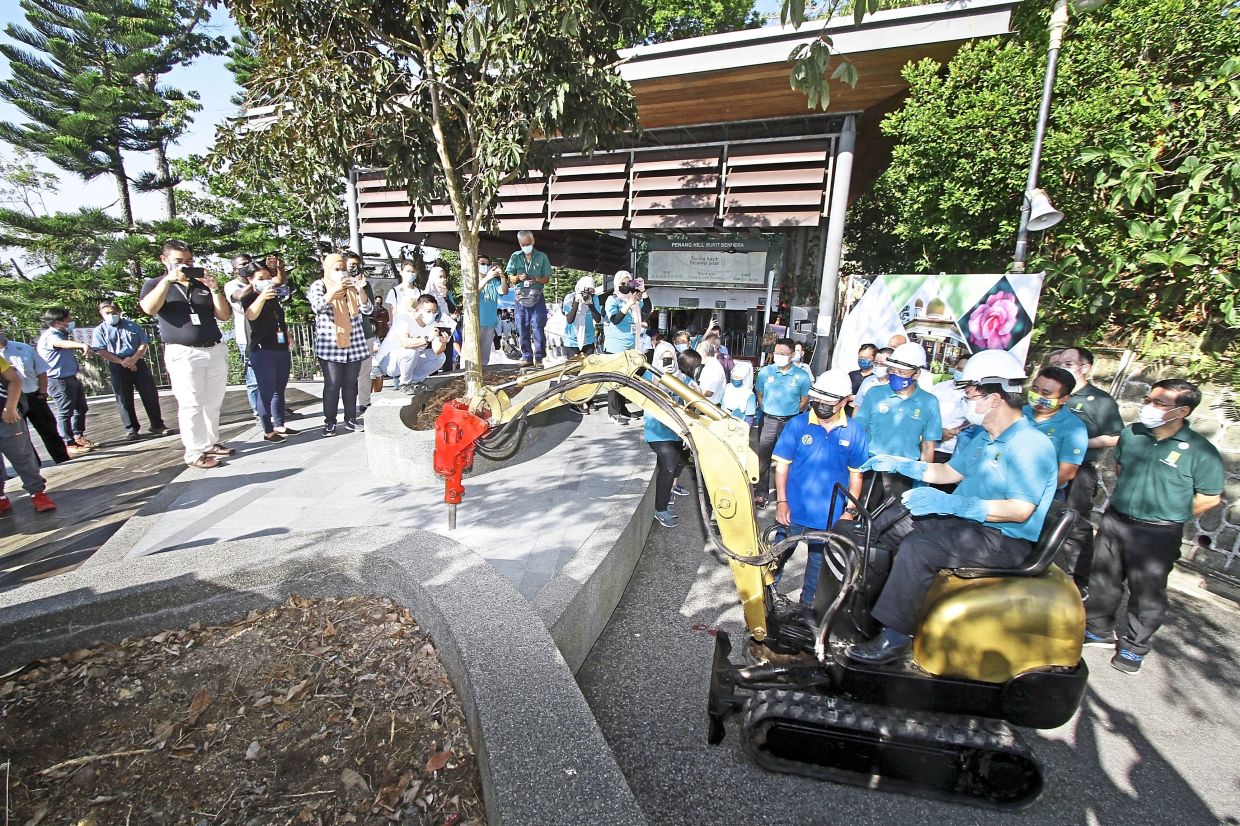 “We intend to keep the existing green elements around, such as the trees, to preserve the natural aesthetics and heritage appeal of the summit area, ” he said during the groundbreaking ceremony recently.

Other upgrades include facilities for the elderly and physically challenged, such as lifts and escalators to ease access to viewing decks.

It is scheduled to complete by the end of August next year.

“In view of ancillary works being carried out on a small footprint of the hill whilst the site remains active with its daily operations, the ticketing counter at the Upper Station and existing waiting areas will be temporarily moved. An artist’s impression of the double-storey Upper Station.

“Similar to the Lower Station, a smart queue management system, JustQ 2.0, will be implemented at the Upper Station to provide visitors better convenience when waiting.

“Visitors will retrieve a batch number from ticketing counters and are only required to get to the station once their batch number is called, ” he said.

The first phase of the project costing RM3.4mil, which was completed in August 2013, saw the construction of a retractable roof and an elevated walkway at the Upper Station.

In April 2015, the RM7.7mil phase two project was completed and it comprised an observation deck and a skywalk on the hilltop, about 800m above sea level.