SIX murals and a 3D sculpture are the newest attractions in Ayer Itam, Penang.

Some of the murals highlight the living heritage in the area, which include the Lim sisters, who are known for their curry mee, and the pulled milk (susu tarik) of S. Kathiravelu.

The murals were drawn by two artists from Penang, one from Melaka, one from Sabah and another from Sarawak, and all of them are youths below the age of 40.

“The murals were completed a few days before Chinese New Year.

“The economy and livelihood of people in Ayer Itam are badly affected by the Covid-19 pandemic, and we hope the murals will help in revitalising tourism here. 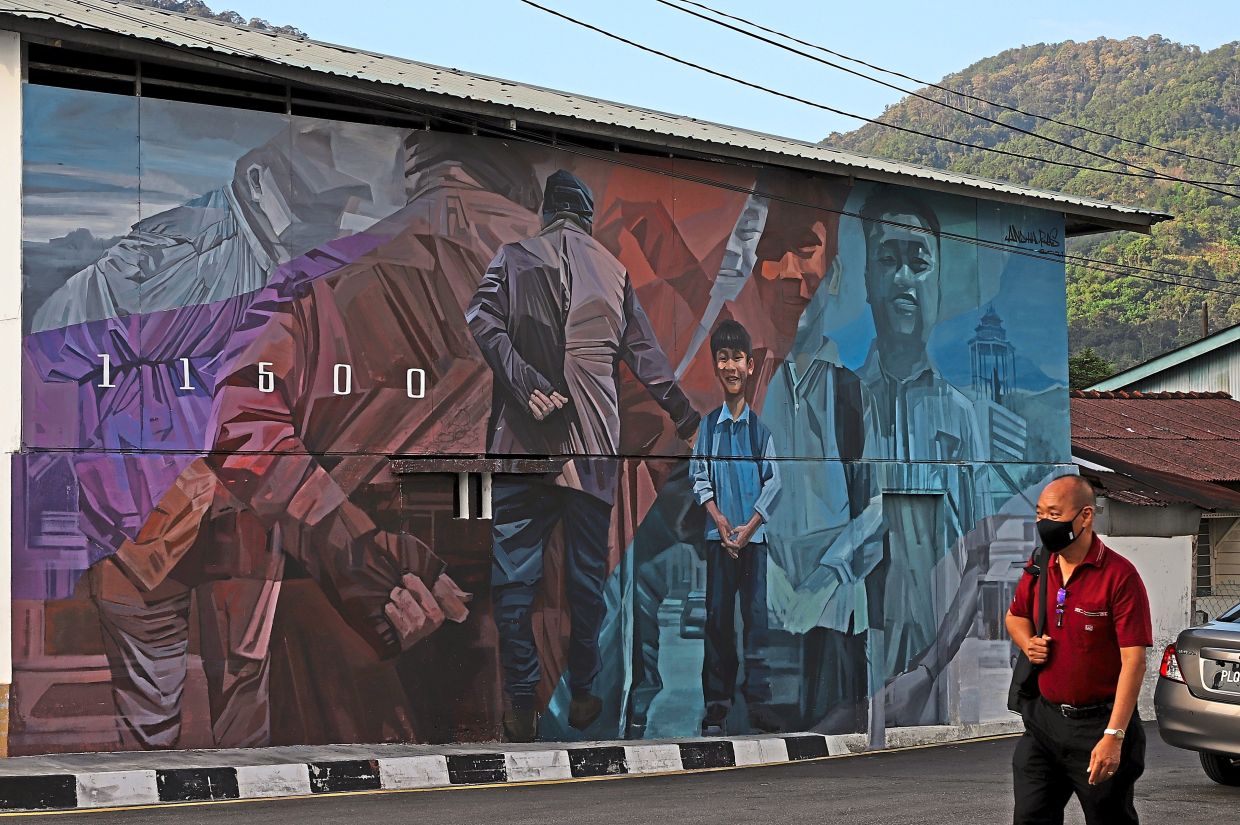 The ‘Generation to Generation’ mural drawn by Amir Andhar from Melaka.

“The murals are part of a beautification effort to attract visitors. They are the newest attractions here besides Penang Hill and Kek Lok Si.

“When interstate travel is allowed, we hope parents will bring their children to visit while supporting local artists at the same time, ” he told reporters during a press conference near Ayer Itam market on Saturday.

Among the new artworks is the sculpture of a Sunda slow loris, a primate native to Malaysia, dangling from the low hanging roofs of the old shoplots near the market.

Entitled ‘Smile Before Leaving’, the sculpture has a message for visitors exploring Ayer Itam.

“It is not just about eating and taking selfies. It’s about experiencing the outside to discover what’s inside, ” Ng said. After the slow loris, the first mural in the collection is called ‘Generation to Generation’ by mural and graffiti artist Amir Andhar, who is commonly known as Andharas from Melaka.

The mural portrays Ayer Itam as one of the oldest suburbs in Penang, built soon after Captain Francis Light founded Penang in 1786.

The second mural ‘Kites Got Stuck’ was created by Dana Ng and Nur Hana Tan, showing kids flying kites, a once popular hobby. 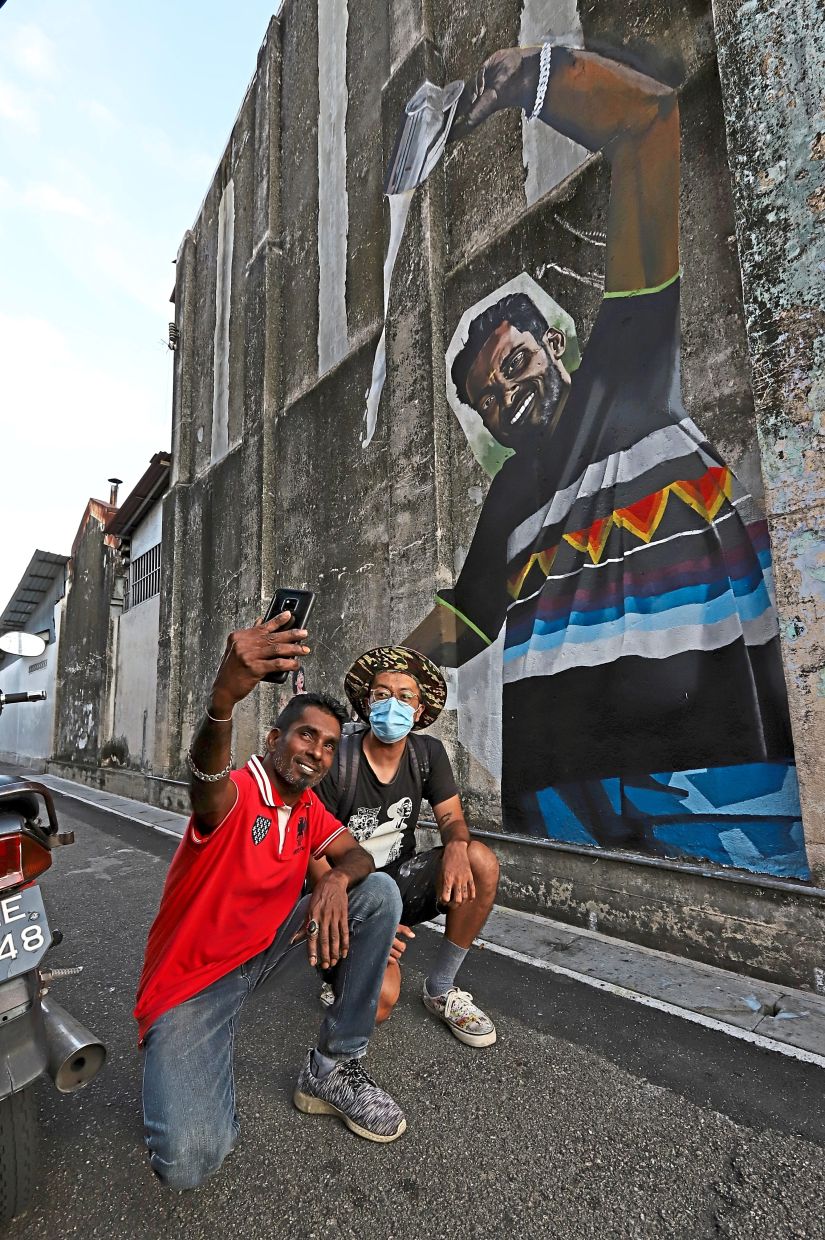 ‘Susu Tarik’ (pulled milk) was created by Khow Zew Wey, who is popularly known as Bibichun.

S. Kathiravelu, who is depicted in the mural, began serving nutritious fresh pulled milk at the age of 20, and is still selling at his iconic street stall of 32 years.

The sisters migrated here from Thailand. The mural reflects the sisters’ unique way of serving their decades-old dish.

‘Laksa’ is a mural created by Dana Ng, who enjoys integrating fun characters and food culture into her art. A 3D sculpture of a slow loris perched above a locksmith shop to greet visitors to Ayer Itam.

Ayer Itam is home to two long-established assam laksa stalls and this pop culture mural serves as an artistic memoir on the beloved dish that is also an icon of Ayer Itam.

Dana also created ‘Trendiness!’ which featured activities such as Goku, an Anime male character, who is painted showing off his huge, delicious, 3D tuna sushi, while Pikachu, the most well-known species of Pokemon, is depicted taking a selfie.

This piece of trendy artwork was created with the hope to attract the attention of the younger generation.

“The project is a good initiative to enhance the outlook of Ayer Itam.

“Besides attracting tourists here, the murals will create awareness about this township which is rich in history and tasty food, ” he said.