Tharman presenting a certificate and RM10 for Muhammad Fajrul Azli Parseno, 26 after he donated his blood

DELIVERY riders in Penang proved to be a caring lot when they came together during a blood donation and organ pledge campaign by the Bukit Bendera Malaysia Hindu Sangam Council.

Prior to the event at Tesco Jelutong in Penang, about 20 delivery riders signed up through the council’s social media platforms and WhatsApp.

Food delivery rider Muhammad Fajrul Azli Parseno, 26, who heard about the campaign from his friends, said he had intended to donate blood for some time but was not sure where to go.

“Now, I feel satisfied that I am finally a blood donor, ” he said.

Another food delivery rider S. Sakthivel, 19, also a first-time donor, said he was hesitant in the beginning but felt it was his responsibility to help others.

“As a healthy man, I am proud to do this as it will save lives, ” he said.

“Every year, we were able to get about 3,000 people to donate their blood but this year, we targeted about 3,500 people.”

Tharman said this year’s campaign was different as the organising committee decided to include delivery riders.

He said that during the movement control order period, delivery riders had to move around while other regular donors could stay safe at home.

“We decided that if any delivery rider was willing to donate, we would give the person a certificate and RM10 as tokens of our appreciation, ” he said. 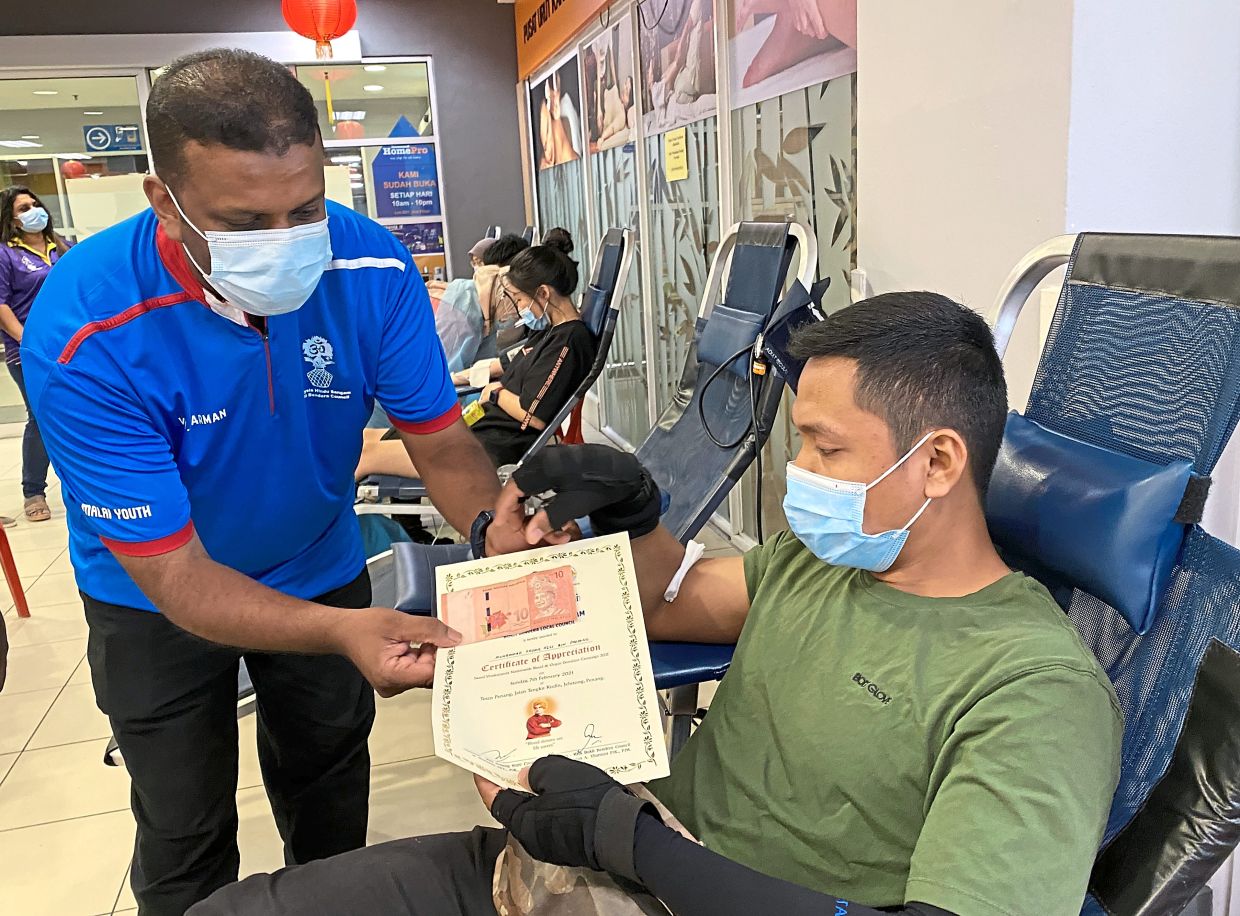 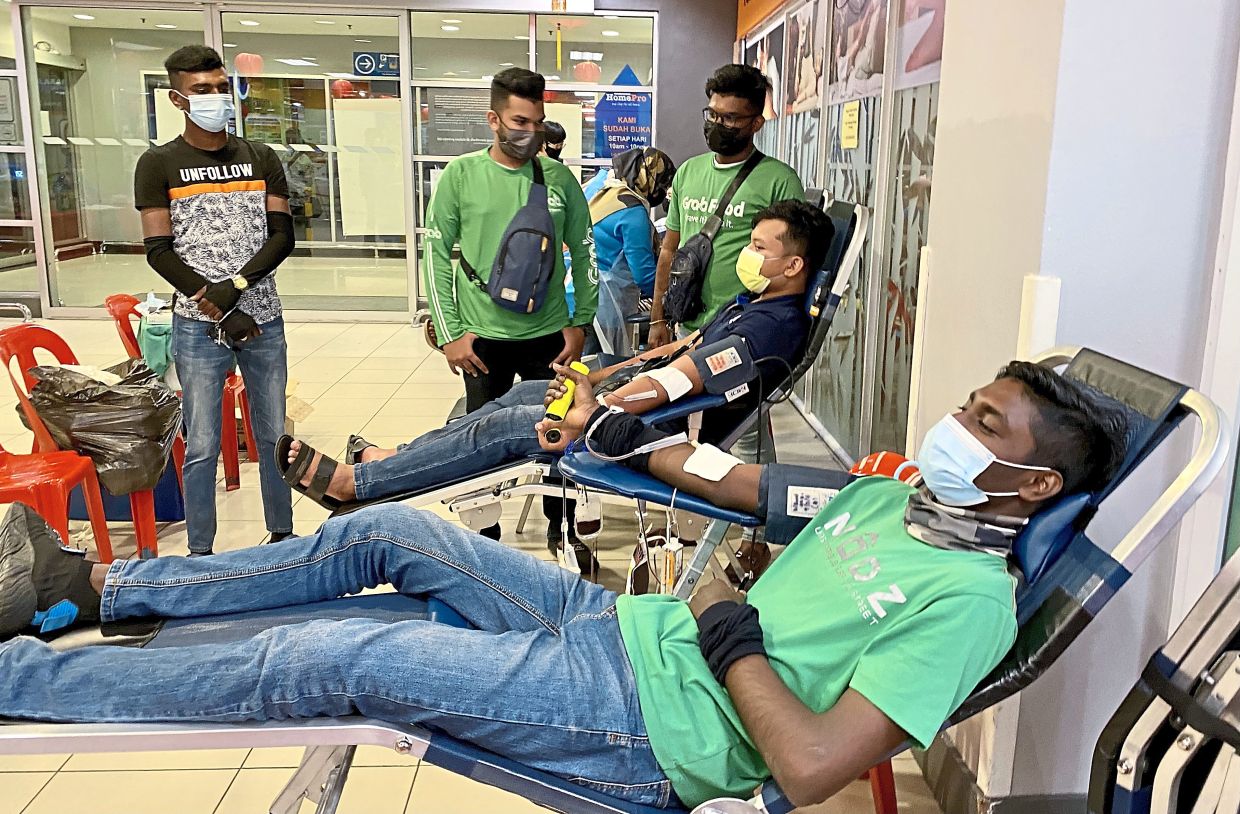 Tharman presenting a certificate and RM10 for Muhammad Fajrul Azli Parseno, 26 after he donated his blood