The recycling factory (left) and metal smelting premises that were found to have violated notices of closure issued by the Hulu Selangor District Council.

HULU Selangor District Council (MDHS) has clamped down on two premises for illegal activities during an operation.

A total of 24 enforcement officers and four personnel from the Solid Waste Management and Public Management Department were involved in the operation.

It started at a recycling factory in the MIEL Industrial Estate, Batang Kali, that was found to have violated a notice of closure issued on Feb 17 this year under MDHS by-laws 43 (1) (a) and (b), Trade, Business and Industry 2007.

In a statement, MDHS said the main door of the factory had been padlocked and its enforcement officers had to use drones to check for workers on the premises.

They saw some foreign workers fleeing the scene and also found machines operating as usual.

Officers seized five forklifts from the factory for violating the notice issued by MDHS under Section 109 of the Local Government Act 1976.

It too violated a notice of closure.

During the inspection, MDHS said workers were still on the premises and operations were being carried out as usual.

To disable the copper smelting activities on the premises, four forklifts were seized in accordance with MDHS by-Law 38 (1), Trade, Industry and Industry By-Laws 2007. 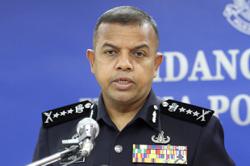 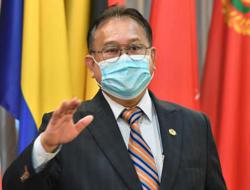