A barrier is placed in the middle of the road at the Jalan Telawi night market in Bangsar to ensure one-way flow of people. — Photos: SHAARI CHEMAT and FAIHAN GHANI/The Star

IT WAS a good weekend for night market traders, at several locations in the Klang Valley, as they reopened their business after more than two weeks of the second movement control order.

They received the good news that the government was allowing them to reopen on Friday evening but traders in Kuala Lumpur would have to adhere to tighter standard operating procedures (SOP).

There will be a limit of two visitors per stall at night markets in the capital city.

This seemingly stems from four Covid-19 positive cases reported at two Kepong morning markets which led to one of the premises being closed for disinfection.

“We do not want any Covid-19 infections in morning and night markets and we want the SOP to be enforced stringently to prevent infection among traders and visitors, ” a Kuala Lumpur City Hall (DBKL) spokesperson said when contacted.

“We urge all parties to adhere to the SOP, at all times, as the police have the right to issue compounds to anyone flouting the procedures.” 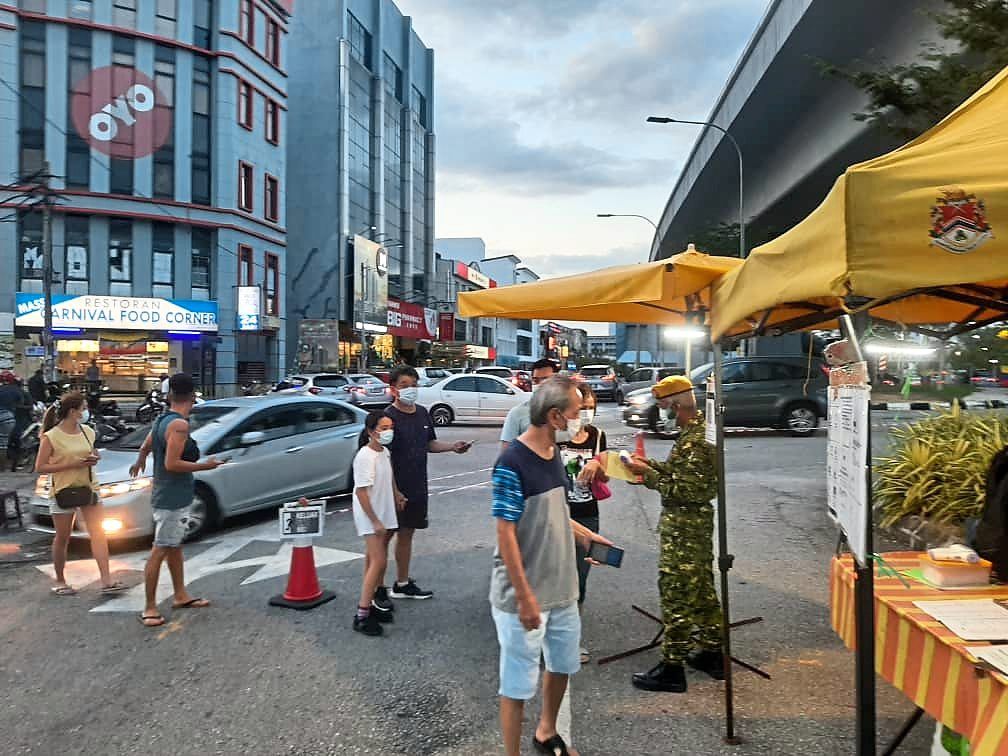 Visitors going through temperature screening and scanning the MySejahtera QR code before entering the Taman Midah night market in Cheras.

On Jan 29, DBKL issued a statement that 49 night markets in Kuala Lumpur were allowed to open while several night market associations in Selangor only got the green light over the weekend.

On the same day, the National Security Council (MKN) stated that night markets were allowed to operate from 4pm to 10pm alongside the SOP guidelines but this was subsequently removed.

A few news portals had picked up on the update by then.

Some night market traders in Setia Alam, Shah Alam chose to capitalise on MKN’s announcement as their sales tactic.

“Come and buy the Chinese New Year biscuits before we are not allowed to open again, ” yelled a night market trader selling festive goods on Saturday.

To add to the confusion, different local authorities in Selangor are adopting varying approaches.

“Based on the message, we were to start business at the Taman Megah night market on Sunday while other night markets in Petaling Jaya would follow suit, depending on their trading days.

“Traders are eager to open as this may be their last chance to sell their goods before Chinese New Year.

“We assured the city council that we would strictly adhere to the SOP, ” he said. Loh says Bandar Sungai Long Petty Traders Association has submitted an application to MPKj to reopen the night market there.

However, obstacles lie in the way for the reopening of the Bandar Sungai Long night market in Kajang.

“It is rather puzzling and we wonder why councils are operating differently in the same state.

“Night markets in Petaling Jaya and Shah Alam have started operating and on Saturday, I was at the Setia Alam night market selling pork burgers.

“Having to go through this extra step to trade in Kajang is taking time but we just have to do what is asked of us, ” he said, adding that the association had applied to MPKj and was awaiting a reply. 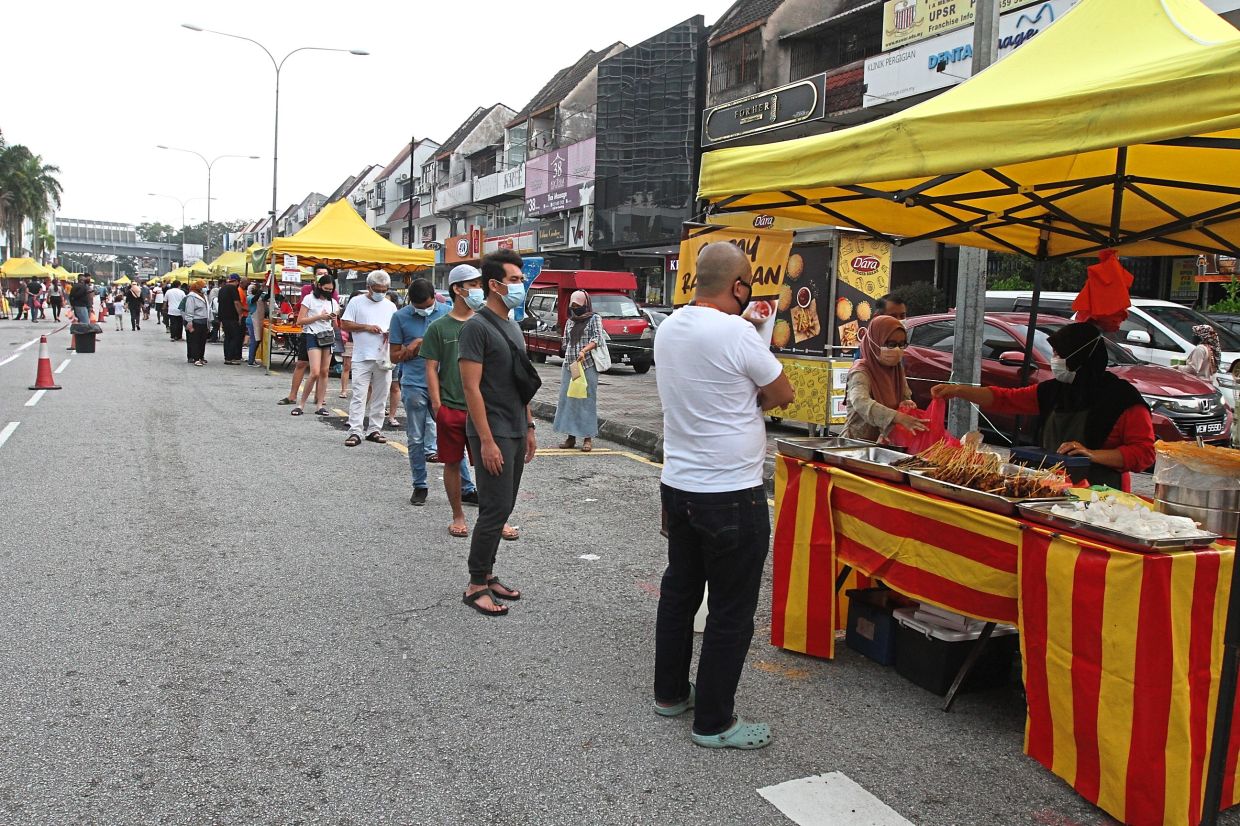 In Kuala Lumpur, night markets started operations on Friday itself.

“Traders are excited to be allowed to reopen.

“There were about 1,000 visitors and the traders followed the SOP strictly throughout the night.

“The additional restriction of two visitors to a stall also puts a limit on the numbers. 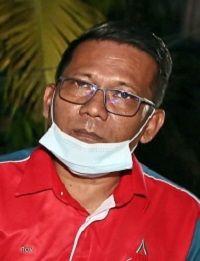 Charles: Pasar Malam Kuala Lumpur Association has appealed to DBKL to allow clothing and shoe sellers to trade at the night market.

“For example, if we have 100 stalls, then the maximum number of visitors at one time is capped at 200.

“But, this was not a problem for us at the Taman Midah night market as people came and went quickly, ” he said.

Charles, however, said the government should not practise double standards by restricting traders’ operations to selling only certain types of goods.

“Even though the night market is allowed to open, clothes and shoe sellers are barred from doing business.

“They feel deprived and do not understand the rationale behind the directive.

“We have discussed this with DBKL and the officers said they would update the association after consulting the mayor.

“I still feel that sidelining us for two weeks after the implementation of MCO 2.0 was unfair as open-air morning markets and wet markets are allowed to operate, ” he added.

For traders who rely solely on night markets to make a living, the two-week closure has been tough.

Lee, who sells bread and pastries, found it difficult to sustain his family without earning an income from trading at the night market.

“I operate at different night markets in Petaling Jaya, six days a week. On a good day, I can earn between RM100 and RM200.

“This adds up to about RM2,000 a month as I make extra delivering bread and pastries to morning market traders.

“This MCO, I had to dig into my savings while venturing into food delivery while continuing to bake bread to sell at morning markets, ” said Lee who has a 14-year-old son and is the sole breadwinner.

“I am 40 and I know how to utilise online platforms to generate additional income.

“However, there are some traders who rely on the physical crowd at night markets to earn a living.”

Meanwhile, Loh, who used to go to different night markets to sell pork burgers, said he lost a big chunk of his customers during the closure.

“I could only sell my burgers at a coffeeshop and my income really went down, ” he said, adding that he hoped to recoup some lost income now that night markets were allowed to operate. 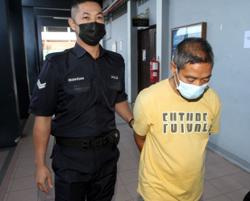