One of the stalls operating across from houses and taking up a parking bay in front of the shoplots.

IPOH Garden residents are upset with traders who have set up stalls along Jalan Dato Lau Pak Khuan and Canning Estate.

According to the residents, there are more than five stalls operating almost daily from about 8am to 5pm for almost a year now, causing the area to be congested when motorists stop to buy the food.

S. Ramanieswaran, 50, a used car dealer, said he had lodged five reports with the council but no action had been taken.

“The traders prepare food by the roadside, it is not hygienic.

“And once they finish cooking, the used oil is left by the roadside. “They have also set up canopies, ” he added.

Ramanieswaran said that when people stopped their cars on the roadside to buy the food, it created a traffic jam.

“I cannot understand why no action is being taken against these traders. “I also wonder whether they have licence to do business here, ” he added.

Another resident, KS Lim, 55, said the area would become really congested during peak hours before the present MCO.

“There are banks and other shops located in the areas where the traders have set up stalls, so they have made the congestion worse.

“Some of the traders are also occupying the parking bays, ” he pointed out.

He said that in light of the bad economic times now due to the Covid-19 pandemic, the traders should be allowed to sell their food from food trucks.

“At least with food trucks, there are guidelines to follow. “I am aware of complaints about traffic congestion, as motorists tend to double-park when patronising the stalls, ” he added.

A spokesperson from Ipoh City Council said it would investigate the matter.

However, in view of the Covid-19 pandemic and many people losing their jobs, he said no enforcement action would be taken for the time being against those trying to make a living.

“The enforcement team will not take any action presently, until and unless the offence is causing traffic congestion or people are not complying with the SOP, ” he added. 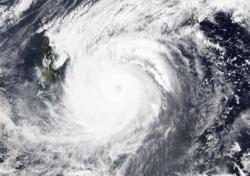