Covid-19 patients queueing up to enter the MAEPS quarantine centre in Serdang.

ARIF was discharged from Malaysia Agro Exposition Park Serdang (MAEPS) quarantine centre on Jan 8, with some 160 other patients.

His 10-day quarantine period started from the day he was confirmed positive.

He was given a discharge note, which he was told to keep as proof of being a former Covid-19 patient.

The note was important to show that a patient had undergone quarantine and would not be considered a new case even if they were to test positive again in six months time.

Health director-general Tan Sri Dr Noor Hisham Abdullah had said last year that discharged Covid-19 patients could test positive again due to the fragments of dead virus that remained in the body.

Although they tested positive, they were no longer infectious at that point, he had said.

A report by the World Health Organization also stated that infectivity declined to almost zero after the initial quarantine period.

“The note is important as it is proof that I have been quarantined and am not a new case, ” said Arif.

He contacted his employer to inform about his discharge and asked if he could go back to work, but did not get a desired response.

He was asked to stay at home until he tested negative again.

“My employer insisted that I get another test to prove that I did not have Covid-19, but I explained that I could still test positive, but would not be infectious, ” he said.

Despite this explanation, Arif had been asked to work from home and avoid contact with fellow colleagues until he tested negative again, which could be a long time.

He called on the authorities to provide clear guidelines to employers regarding the matter.

He also urged employers to adopt a more humane approach when dealing with employees with Covid-19.

“We gave the company our all when we were healthy.

“The least they can do is show some compassion when we are most vulnerable, ” he said.

For Sarina, the treatment she and her family received from their neighbours after she tested Covid-19 positive hurt her more than the virus.

News of her health status circulated in the neighbourhood WhatsApp group.

Sarina and her family were bombarded with text messages from neighbours, with some using unsavoury language.

“People asked me where I went, how I could get it, and why had I not stayed at home.

“Some in the group also asked for our car registration number to keep track of our whereabouts, ” she said.

Sarina added that the residents only stopped when her mother-in-law shared news reports of Dr Noor Hisham saying that it was illegal to leak the personal information of Covid-19 patients.

She said residents’ associations and neighbourhood communities should be more responsible when sharing information about Covid-19 patients.

The dissemination of such information, if not regulated, could drive a wedge between the local community, she stressed.

Sarina recalled the case of an elderly neighbour who contracted Covid-19 after his daughter-in-law visited him.

He was subject to lots of criticism after notifying his status in the WhatsApp group chat.

For Lim, some neighbours at his apartment shunned him and his housemate, who had also been under home quarantine for being in close contact with him.

“I went out to throw rubbish and noticed a neighbour with whom I normally chatted with, rushing back into his unit while giving a look of disgust, ” he said, adding that it was disheartening to be treated in such a way.

Lim was however glad that his parents and brother contacted him regularly to check on him. 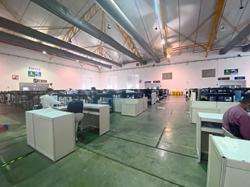 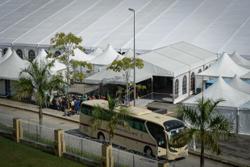