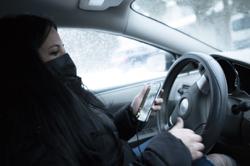 A customer picking up his takeaway order at a neighbourhood restaurant in Petaling Jaya just before the government- regulated closing time of 8pm. — Photos: IZZRAFIQ ALIAS/The Star

THE government’s ruling for eateries to only operate until 8pm for takeaways and deliveries during the movement control order has given rise to problems not only for restaurateurs but also the public.

Not being able to fulfil the influx of food orders in a short period of time and technical glitches with delivery partners are just some of the issues faced by restaurant staff.

MyBurgerLab restaurant, which has six branches across Klang Valley, had to cancel many of its delivery orders last weekend, mainly due to a backlog from one of its delivery partners’ system that resulted in food orders flooding in past 7.30pm.

Restaurant co-founder Renyi Chin urged the government to extend the operation hours to 10pm for restaurants to avoid losing business and customers not receiving their orders.

“We apologised over the incident, but many people thought we could not fulfil the orders because customers ordered late, which wasn’t the case.

“The backlog happens when there is a lack of riders.

“Many people had placed orders but the orders were pending, and we as merchants could not see that on our end of the chain.

“When there are 10 orders, the app cuts off further incoming orders, but due to a programming error we had a deluge of 30 to 40 orders at one time, which we could not fulfil with the 8pm curfew, ” he told StarMetro.

He said delivery riders would have just returned from having their own dinner around 7.20pm, so all the delivery requests were stuck.

“The riders need to eat too and they have to pick up customers’ orders before 8pm.

“We had angry calls from customers relying on us to deliver, and a lot of them ended up without their ordered meal for that night, ” he said.

Chin said the 8pm curfew was unrealistic for everyone.

“People who run a restaurant will not be able to find food to eat after 8pm; we cannot be eating our own burgers every day.

“We should be allowed to operate until 10pm. It will make a big difference in easing the entire food delivery ecosystem to serve customers and make sure we ourselves get to eat too.

“It takes at least 45 minutes to clean up our kitchen once service is done, so there is not much time for us to look for food after that, ” he added.

W1 Restaurant owner Danny Thompson concurred that having the last call for food orders at 7pm was a challenge.

“If we get an order for a well-done steak, there is not enough time to cook it and hand it to the delivery service by 8pm.

“We need to factor in the average five minute lag for the order to come in.

“For many working people, ordering food before 6pm might be too early, ” he said.

“But we cannot complain, because we are still able to open for business, ” he added.

Thompson asked that the 8pm cut-off time be extended to 9pm at the least.

Meatology Restaurant and Bar owner and chef Yenni Law said it was difficult to get delivery riders within the 7pm and 8pm period.

“Pushing the closing time to 9pm will be better for everyone, especially the customers who need to sort out their meals at home when they don’t have time to cook.

“If they order too early, the food will arrive cold, so this will cause many people ordering at the same time, consequently we have to fulfil a surge of orders, ” she said.

“It is very chaotic to operate under these conditions from rushing the last orders, cleaning the kitchen and closing up before 8pm, all the while making sure we adhere to the authorities’ guidelines to clean thoroughly, ” said Law.

Champ’s restaurant owner Richard Nah said they have to rush to clean up and close the shop not later than the hour set by the authorities.

“After the last order, we need time to store away food items, clean up and close, all of which take about an hour.

“At 8pm sharp, enforcement officers come and ask us why our doors are still open even though we are going through our closing routine.

“This is a very difficult situation to manage. Extending the hours to 10pm will help us a lot, ” he said.

Last week, Senior Minister Datuk Seri Ismail Sabri Yaakob announced that operating hours for eateries, sundry shops and convenience stores in MCO areas would be from 6am to 8pm, and this included restaurants, food courts, kiosks and hawker stalls.

Sarala Nair, 50, said she worked in an essential service sector and often finished work past 8pm.

That, she said, left her facing the problem of getting dinner.

“Many restaurants shut their doors at 7.30pm, so it is quite impossible for me to buy food on the way home for my parents who are sickly.

“The situation must be worse for frontliners who work shifts.

“As for food delivery service platforms, I am thankful for them but chances of getting what you want between 7pm and 8pm are slim.

“It is either the restaurant is too busy or no riders are available.

“It would be good if eateries’ operating hours could be extended to 10pm so that there would be less rush to meet this closure deadline, ” said Sarala.

Shaheen Zaafar, 42, a working mother of two, said she had to order takeaway dinners around 6pm to ensure the food was delivered without any hitch.

“I don’t see why the closing time has to be fixed at 8pm.

“If there is no impact on the infectivity risk, they should extend the hours to 10pm.

“And it makes sense to extend the hours to prevent delivery riders from rushing and crowding around the restaurants,, ” she added.

Delivery rider Mohd Hanafi Mohd Saruan, 29, who has been doing this job for a year, said it was too much of a challenge to deliver food to customers in time during the after-work rush hour.

“The orders come flooding in on the app around 7.30pm.

“At times, we still get orders coming in past 8pm.

“We need to sort out our dinner too, but we cannot be too choosy considering the situation, ” he told StarMetro.

Another rider Ameer Sanee Jaafar, 40, said considering Malaysians mostly eat at 8pm, it was only logical to extend the hours for deliveries.

“Getting everything delivered by 8pm is too much of a rush and unrealistic.

“Sometimes, there are too many orders between 6.30pm and 8pm that we are unable to fulfil all of them.

“The system works as such where it will shut down the order requests after 10 to 15 minutes of lag.

“So if there are no orders, we have nothing to send and we lose income, ” said Ameer, adding that 10pm cut-off time was a win-win situation for everyone. 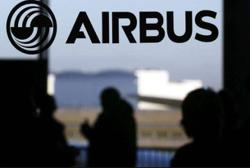