ACP Soffian urging a road user to turn back after failing to produce a valid document at a roadblock set up along Tun Dr Lim Chong Eu Expressway in Penang. — Photos: ZAINUDIN AHAD/The Star

THE first day of the movement control order (MCO) 2.0 started smoothly in Penang as the people here carried out their daily routines with compliance of the standard operating procedure (SOP).

Armed with authorisation letters from their employers, motorists waited patiently to pass through the police checkpoints.

There were traffic congestions at roadblocks but roads elsewhere were quite empty.

At around 9.40am, army personnel flew a drone to monitor traffic flow along the expressway. A family waiting by the roadside along Tun Dr Lim Chong Eu Expressway as their car engine overheated while caught in heavy traffic.

George Town OCPD Asst Comm Soffian Santong, who was there to oversee the operation, said nine roadblocks were set up in the northeast district including seven static and two mobile checkpoints.

“The traffic was heavy this morning as some businesses are still allowed to operate.

“Some also wanted to cross over to the Penang mainland for work, or to do their business.

“A few of the motorists did not have authorisation letters, or documents from the police, and we had to ask them to turn back. They need to get it from their employers or from the police.

“We will be more lenient on the first three days of the MCO especially to those who want to head back to their hometowns. 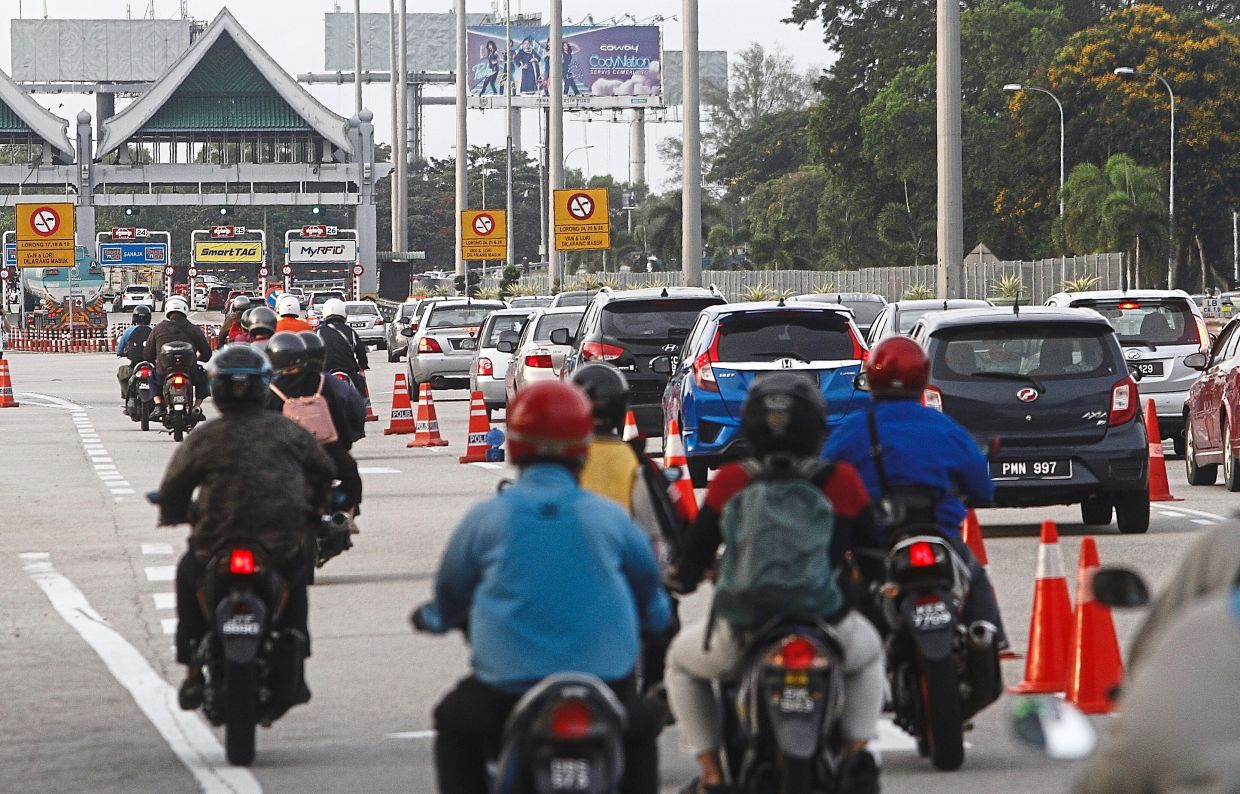 Traffic congestion in Prai near the Penang Bridge toll plaza.

“After that, we will show no mercy to ensure that everyone adheres to the standard operating procedure (SOP), ” he said.

ACP Soffian also reminded the public to comply with the SOP, especially on physical distancing, not having more than two people in a car and to travel only within a 10km radius from their home.

“We will be working hand-in-hand with other agencies such as the Armed Forces, the Penang Island City Council and the Civil Defence Force to monitor premises which are usually crowded.

“In the morning, there were many people at the markets and supermarkets, but there was no panic buying.

“Many have documents with them to travel across districts and for carrying out essential services, ” he said. Low traffic volume on Penang Road on the first day of MCO 2.0.

He also urged road users to be patient while policemen carry out the screening at the roadblocks.

“Also please check your car before you start your journey as several cars stalled along the road when caught in the traffic jam.”

The locations of several roadblocks in the northeast district are in front of the Batu Uban Sports Complex, the Tun 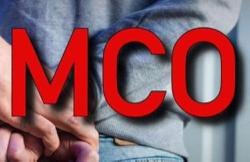