Siniawan is located close to Sungai Sarawak Kanan and the townsfolk have been put on flood alert. — Bernama

WITH the non-stop rain and its proximity to Sungai Sarawak Kanan, the town of Siniawan, located about 26km from Kuching, could be the first place in southern Sarawak to experience flooding.

Sarawak Transport Minister Datuk Lee Kim Shin has advised residents to listen for the siren from the telemetry station warning them that the nearby river had reached the danger level and flooding could occur.

“The telemetry station acts as an early warning system with an alarm activated when there is a continuous rise in the water level and possible risk of flooding, ” he said in a statement.

Lee said the Sarawak Rivers Board had been instructed to conduct awareness programmes for locals on the function of the telemetry station.

“The aim is to educate people about how to respond if the alarm is triggered, ” he said.

The Siniawan telemetry station is among 22 that have been set up in the Sungai Sarawak catchment area. — Bernama 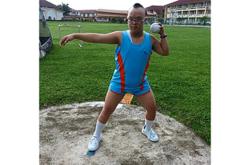