AN MP cites lack of transparency in the Waste-to-Energy (WtE) plant project in Kuala Lumpur, claiming the tender was awarded without first determining the location.

"KPKT (the Housing and Local Government Ministry) had admitted that the tender process for the said project had been completed during a Parliament session in August.

"However, when I followed up again about the project in December, the ministry had replied in a written answer that the WtE plant, initially to be built at Taman Beringin, Jinjang Utara, Kuala Lumpur, had to be relocated," said Kepong MP Lim Lip Eng.

He further claimed the relocation was planned because the original location was objected by nearby residents and that Kuala Lumpur City Hall (DBKL) had plans for the said area.

"How can you award a contract to a company with a huge amount of money without specifying the location?

"Wouldn't that render the contract null or void?"

"Furthermore, the government did not disclose the new location, the cost and the companies awarded for the project and whether it was done through an open or direct tender," he said during a press conference held at a Chinese temple at Jalan Jinjang Aman 13, Kuala Lumpur.

The incinerator was first mooted by former Urban Wellbeing, Housing and Local Government minister Datuk Seri Abdul Rahman Dahlan in 2013 but it had not materialised.

Lim added that the people are not against the WtE plant which comes with an incinerator to process the rubbish but the government must be transparent about the project.

"We welcome the new technology to solve the rubbish problem in the city and currently we are still using landfill to bury the rubbish which is outdated.

"Kuala Lumpur folks are ready for the technology and the government must engage with the people more frequently on the technology they are adopting in waste management.

"Considering the past records of mini incinerators in Langkawi, Cameron Highlands and Pangkor which had not been successful, the government should be more transparent to convince the people," he said. 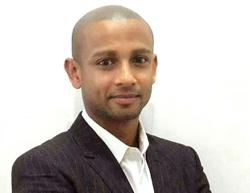