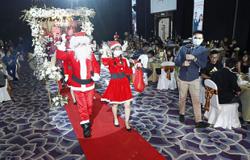 IT WAS a very special Boxing Day for children from a charity home and a learning centre for refugees in Seremban, who were treated to a fun day out at the Royal Sungei Ujong Club.

Aged between five and 18 years old, the 40 children from Vivekananda Home in Rembau and Little Flower Learning Centre in Seremban were given VIP treatment from the moment they arrived at the club, with members attending to their every request.

The more sports-inclined were ushered to the club’s football pitch, where they took part in a friendly match and put their goal- scoring skills to the test.

Siblings V. Mithunesh, 11, and V. Yogambhigai, 16, from Vivekananda Home Rembau could not hide their excitement at the event.

“I’m just so happy to be able to be out.

“We haven’t had any excursions because of Covid-19. This is the first,” said Mithunesh.

Yogambhigai said they never expected to be given so much attention.

While some of the children indulged in outdoor football, the rest enjoyed an art lesson conducted by Filipino visual artist Anna Karina Jardin.

She demonstrated how to make greeting cards, and invited the children to help out.

One of her little assistants was Esther, six, who is a Myanmar Chin refugee from the Little Flower Learning Centre.

“I am really excited to see Santa Claus and the Christmas tree here,” said Esther, adding that Christmas was usually a quiet affair at the centre.

Club president Gordon Yong Lin Fooi said he was glad the event was able to take place despite the movement control order.

“This has been an annual tradition of the club for several years now, with members contributing towards the event in cash and kind,” he said,

This year, club members raised almost RM4,000, which was channelled to the two organisations.

Presents and food were sponsored by donors and club members, some of whom also contributed their services.

A club member who only wished to be known as Max, dressed up as Santa Claus and another member sponsored a clown, while others volunteered their time as referees for the football match.

“It’s not just about donations and presents. I believe the most important contribution is spending time with these children,” said Yong, adding that the club had organised several CSR programmes throughout 2020.

These included visiting charitable homes during festive seasons, and providing packed lunches for 150 victims of the recent floods in Seremban.

The children were also treated to lunch before receiving a Christmas gift each, which included toys, books and stationery.

“At the centre, we do not have space for outdoor games so being able to kick a ball on the field is such a special experience.

“I am sure the children will treasure this memory for years to come,” he said. 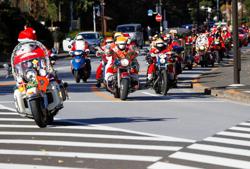 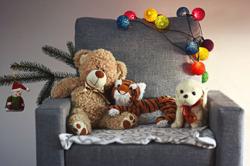