Kampar district council president Abdul Halim Saad said this was in line with the government's effort to towards sustainability and preserving the environment.

“We have decided to use less paper instead of printing and mailing the bills. Kampar folk who wish to check and print their bills can do so at https://fpx.mdkampar.gov.my.

“We want to widen our delivery system via apps or online.

“Payment can be made via e-banking apps like CIMB Clicks, Maybank2u, JomPAY and Snap N Pay starting Jan 2,” he said in a statement.

Halim said the council encourages the public to conduct checks and make payments online as the Covid-19 pandemic is still active.

“We still need to comply with the standard operating procedure and the new normal.

“However, our counters will still remain open and available for physical transactions.

“These counters are available at the main office and also at the Gopeng branch, next to the Teja penghulu's office,” he said.

Halim also said several incentives have been prepared to encourage people to do their transactions online.

He said the first 7,000 people who make their payments before or on Feb 28 will get a parking coupon worth RM12.

“For those paying for the entire year, inclusive of arrears, before or on Feb 28, they can also qualify for a lucky draw.

“The prizes include a motorcycle, bicycle, electrical appliances, mobile phones and a monthly parking pass,” he added. 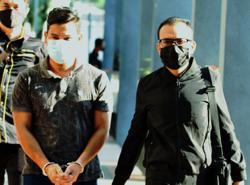