Give and count blessings

FOR G. Sheshennath, it was a magical feeling when he dressed up as a superhero and let his imagination run wild.

The three-year-old boy “turned” into Superman at the Disney Celebrate Magic Pop Up Exhibition in Sunway Carnival Mall in Seberang Jaya, Butterworth.

His mother P. Kavitabai, 30, who accompanied him, said it wasn’t Sheshennath’s first time at the event.

“My boy has always been fascinated with superheroes in movies, with all their powers, abilities and kindness to save the world.

“He came to the shopping mall a few days ago and saw all the superhero figurines and merchandise on exhibition and was eager to come again.

“So, early in the morning, he jumped out of bed, picked his favourite superhero costume 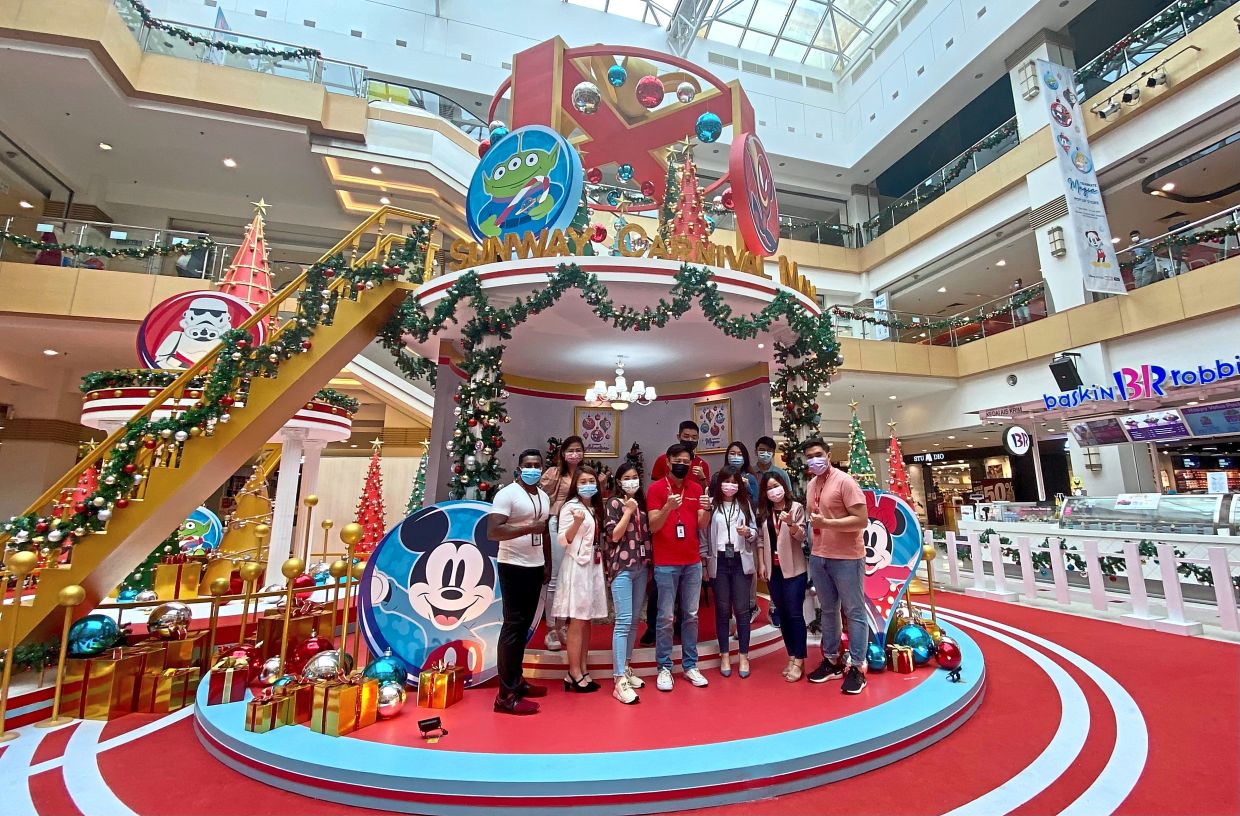 Chai (centre, in red) posing for a group photograph at the centre stage of the mall’s Christmas decorations.— Photos: ZAINUDIN AHAD/The Star

and we brought him here with the family, ” she said when met at the event on Friday.

Sheshennath was among many other children and their families who arrived early to avoid the crowd.

A small living hall decor in the middle filled with sofas and a fireplace proved to be an attraction where many went to have their group photos taken.

According to Komic Enterprise chief executive officer Teh Chun Kai, who is managing the exhibition from Dec 7 until Jan 3, the 3,000sq ft exhibition space features products and decorations from four major brands, namely Disney, Pixar, Marvel and Star Wars.

“We have over 1,000 products ranging from footwear, toys, figurines, bags, gifts, stationery and kitchen sets on display and they are suitable for all ages. 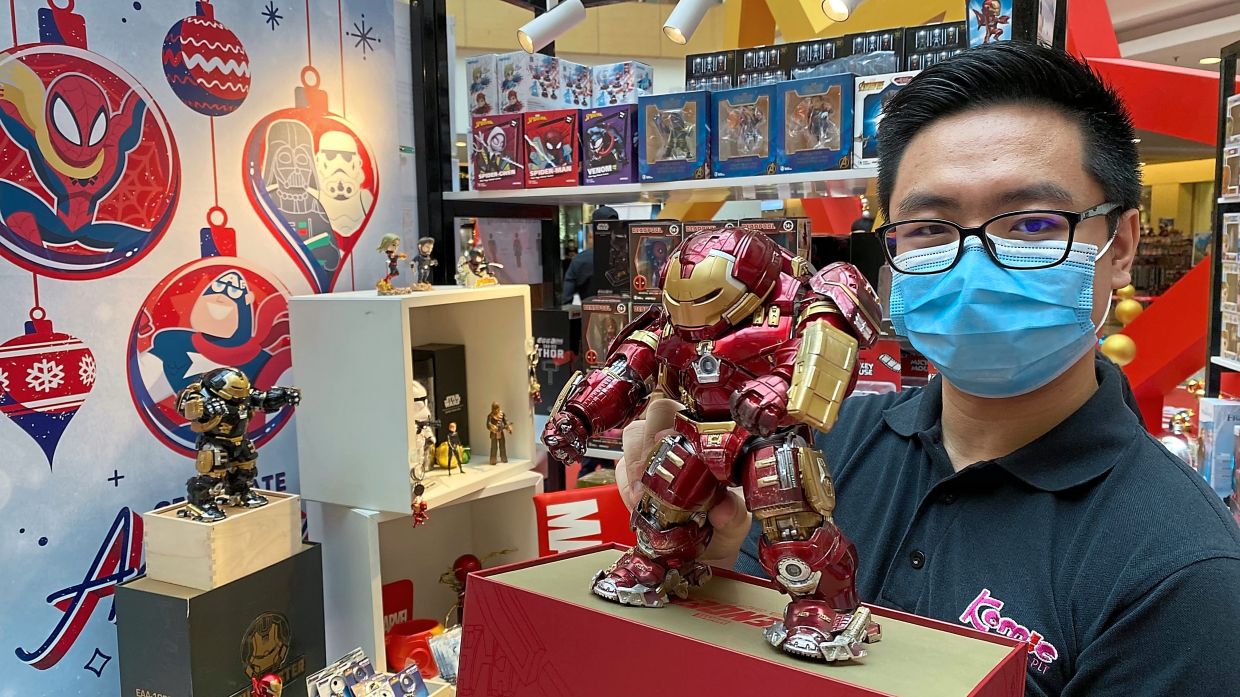 Teh showing one of the Disney characters ‘Hulkbuster’ on display at the Disney Celebrate Magic exhibition at Sunway Carnival Mall.

“The area is decorated with glittery Christmas decorations to welcome visitors, ” he said.

Meanwhile, Sunway Carnival Mall general manager Chai Wen Yew said the mall was decked with Christmas trees, ornaments, fairy lights, and bells for shoppers to experience the magic of festive cheer with their loved ones.

“In retrospect of this year coming to a close with hopes for a new beginning ahead, we usher in the festive season in the spirit of giving and gratitude with a ‘Blessed Christmas’.

“This year, we hope to spread the message of counting our blessings while giving back to those in need with cheer, joy and gratitude, ” he said.

To reward fans, the mall has six limited edition Mickey Mouse figurines to be won in a baubles and candy sticks counting contest on Sunway Carnival Mall’s official Facebook page.

“There are only 600 pieces of such figurine worldwide. “All participants need to count the number of baubles and candy sticks in a photo then list down their total according to colour.

“Winners of the contest will be announced on Dec 18, ” he said.

As part of Sunway Malls’ initiative to collect 5,000 blood donations by year-end, Sunway Carnival Mall held its drive on the second floor from 10am to 4pm on Dec 12, while the next drive will be held this Wednesday.