A police officer with a copy of the Children and Teenagers Crime Awareness Module at the launch held at Horizon Hills Golf and Country Club, Iskandar Puteri.

“About 99% of the offenders and victims are students within the ages of 13 to 18, namely those in secondary schools.

“In general, 95% of those arrested are male, versus only 5% female students.

“Records also show 58% of the victims are female students and 42% are male students, ” he said, adding that rape recorded the most number of victims.

This was revealed at a press conference after the launch of the Children and Teenagers Crime Awareness Module (Mekar) at Horizon Hills Golf and Country Club here. 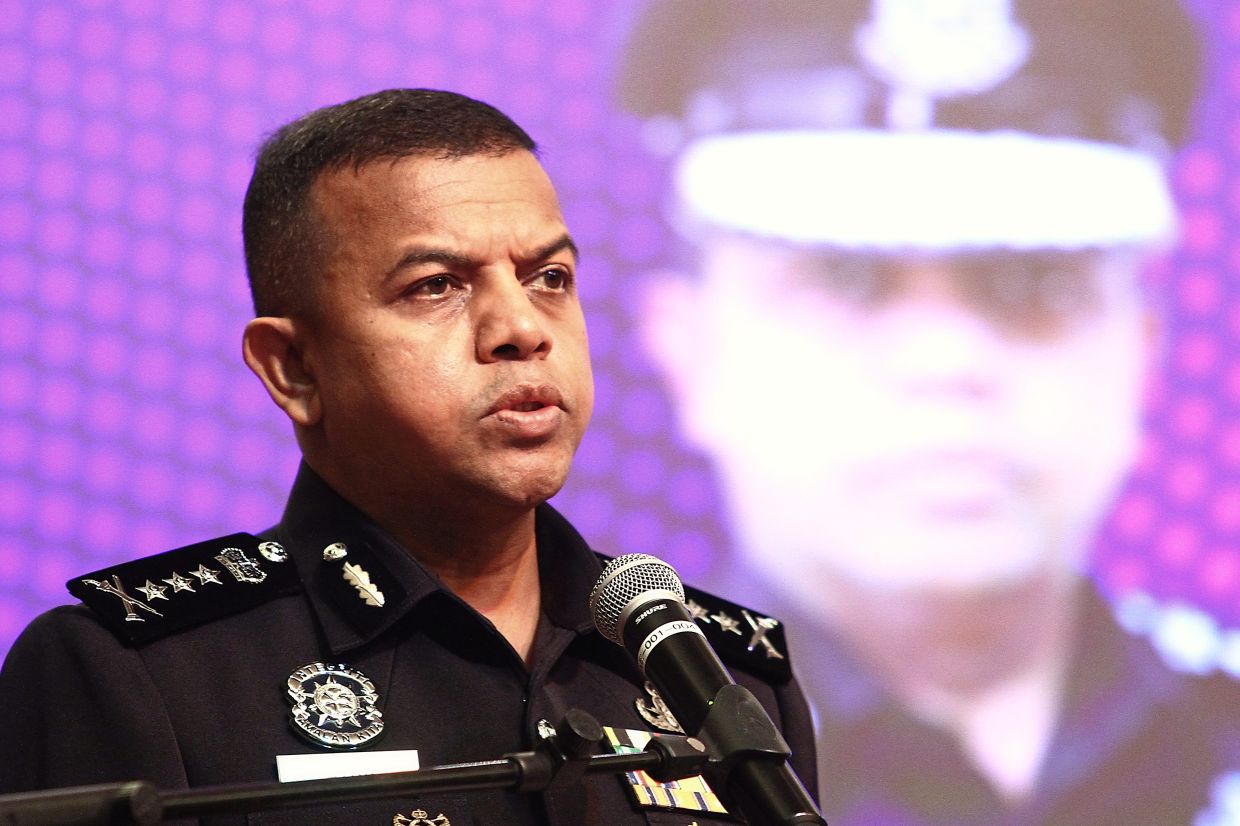 Comm Ayob says about 99% of offenders and victims are students aged between 13 and 18.

“All of the drug cases involved secondary students, namely for drug possession and consumption of drugs and ketum, ” he said, adding that although the recorded numbers were going down, more effort should be taken to solve these issues.

In order to further reduce this number, Comm Ayob pointed out that a total of 1,374 school liaison officers would conduct monthly Mekar programmes – a joint counselling activity conducted by the Johor Police Contingent and Universiti Teknologi Malaysia (UTM) Counselling Centre.

“Each school and higher learning institution has one school liaison officer and the police plan to improve its role through activities in the school instead of coming twice a month during the school assembly, ” he said.

Comm Ayob added that the officers would be deployed once the movement control order is lifted and schools reopen.

The Mekar module contains three objectives, namely raising awareness on the dangers of crime involvement, providing early prevention and education measures on crime, and reducing the number of crimes involving teenagers and children.