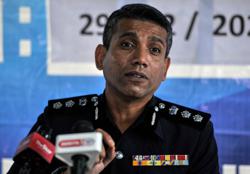 Suhaimi (third from right) giving out bottled water at Gasing Indah flats in Petaling Jaya. He is accompanied by Rajiv (second from right).

The contribution was made to help those affected by the water supply disruption last week.

Air Selangor distributed a total of 3,024 bottles to affected residents in Selangor.

Bukit Gasing assemblyman Rajiv Rishyakaran who was present, said those found to have caused the pollution by dumping effluent into the Indah Water Konsortium manhole should be punished.

“They caused millions of people in Selangor to suffer water cuts, which happens way too often. “There should be enforcement by the authorities every week, not one week after the pollution was detected, ” he added. 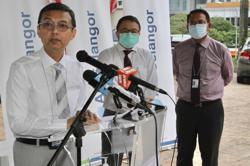