Shopping convenience at the doorstep

The retired housekeeper, whose only income is a monthly cheque of RM350 from the Welfare Department, is happy that she has managed to fill her shopping bag for only RM20.

Here is what Jane bought — five chub mackerels, a packet of carrots, spinach, tomatoes and cooking oil. She was happy that the driver of the mobile grocery truck helped carry her bags to the lift area.

“I can help when I’m not busy, ” said Adnan Norazmi, the driver.

A former boatswain, Adnan jumped at the offer to become a mobile market truck driver after he realised that the new norm due to the movement control order (MCO) meant that he would have to cede two weeks from his off days to undergo quarantine each time he returned to shore.

A family man at heart, Adnan took pity on Jane when he saw her tottering around with her walking stick. Adnan is benefitting from the MyGrocer@Wilayah mobile market truck programme which has given him employment and a chance to show off his talent in sales.

In a nutshell, the MyGrocer@Wilayah mobile market truck programme sells fresh chicken, fish and basic food items that are 5% to 20% cheaper than wet market prices.

It is part of an urban poverty programme by the Federal Territories Ministry (KWP) and is subsidised by Perbadanan Nasional (PNS), an agency owned by the Minister of Finance Incorporated, Federal Agricultural Marketing Authority (Fama) and the Kedai Ekonomi (i-KeeP) initiative which comes under the Domestic Trade and Consumer Affairs Ministry.

The programme’s objective is to help the B40 group with living costs as they face economic challenges brought on by the Covid-19 pandemic as well as minimising movement during the conditional movement control order (MCO).

A total of 178 public and private low-cost housing areas in Kuala Lumpur will benefit from the MyGrocer@Wilayah programme.

The programme, which has been assigned to private companies, currently has four lorries operating on a six-day schedule (Tuesdays to Sundays). The trucks visit each public and private low-cost housing areas once a week, either in the morning from 7.30am to 11.30am or in the evening from 4pm to 7pm. PPR Jalan Jelatek residents in Ampang get to enjoy fresh fruits and vegetables at cheaper prices when the Fama truck comes around.

During a site inspection at PPR Kampung Baru Air Panas, Federal Territories Minister Tan Sri Annuar Musa said the idea behind the programme was to help the B40 group save on transport, food and kitchen essential costs.

Crunching the numbers, Annuar explained that if a B40 household could save 20% from a monthly food budget of RM300, that would come up to a savings of RM60 monthly.

This, he said, was one of the ministry’s ways of alleviating the burden of expenses that comes with city living and the economic downturn caused by Covid-19.

“The mobile market lorries come to us every Sunday. So it saves residents the trouble of having to pay for transportation costs like fuel and parking fees should they have to go to the supermarket.

“It is also safer for everyone to shop from the mobile trucks as the crowd is smaller compared to supermarkets, ” he added.

Residents Ruslina Mohd Ali and Rogayah Abd Hamid, however, felt that more variety of products could be introduced.

“We have eight blocks in our housing area. Each has a grocery shop downstairs. If the trucks are not able to offer enough variety, then it is back to the shops or the supermarkets, ” they said.

Another resident Abdul Rahman Abdul Kadir said one way residents could maximise savings with the mobile market trucks was by coming up with a weekly shopping plan. This way, they would be able to benefit from the lower prices which was 5sen to 30sen cheaper than the grocery shops outside.

fruits and vegetables like lettuce, dragon fruits and Sabah pomelos at cheaper

prices supplied by the Fama truck every Tuesday.

“These are not easily available at the grocery shop operating at our flats before, ” they said. “The younger generation will have no problem walking the distance to the fruit and vegetable stalls near our apartment block.

“However, when one’s legs are no longer as strong, having a mobile grocery truck at one’s doorstep saves the old folks a lot of trouble.

“They don’t have to rely on their children who are busy at work to take them to the supermarket.

“Neither do they have to struggle with heavy shopping bags after getting on and off the bus at the PPR Sri Pantai bus stop which is one kilometre away from PPR Kampung Limau, ” said Ahmad.

Though feedback has been largely positive, the programme is facing several challenges.

“We allocated parking for them and waited for them with several other committee members. Much to my embarrassment, we were left waiting.

“The operator did not even call to inform us that the truck would not be coming, ” said Mohd Dom. 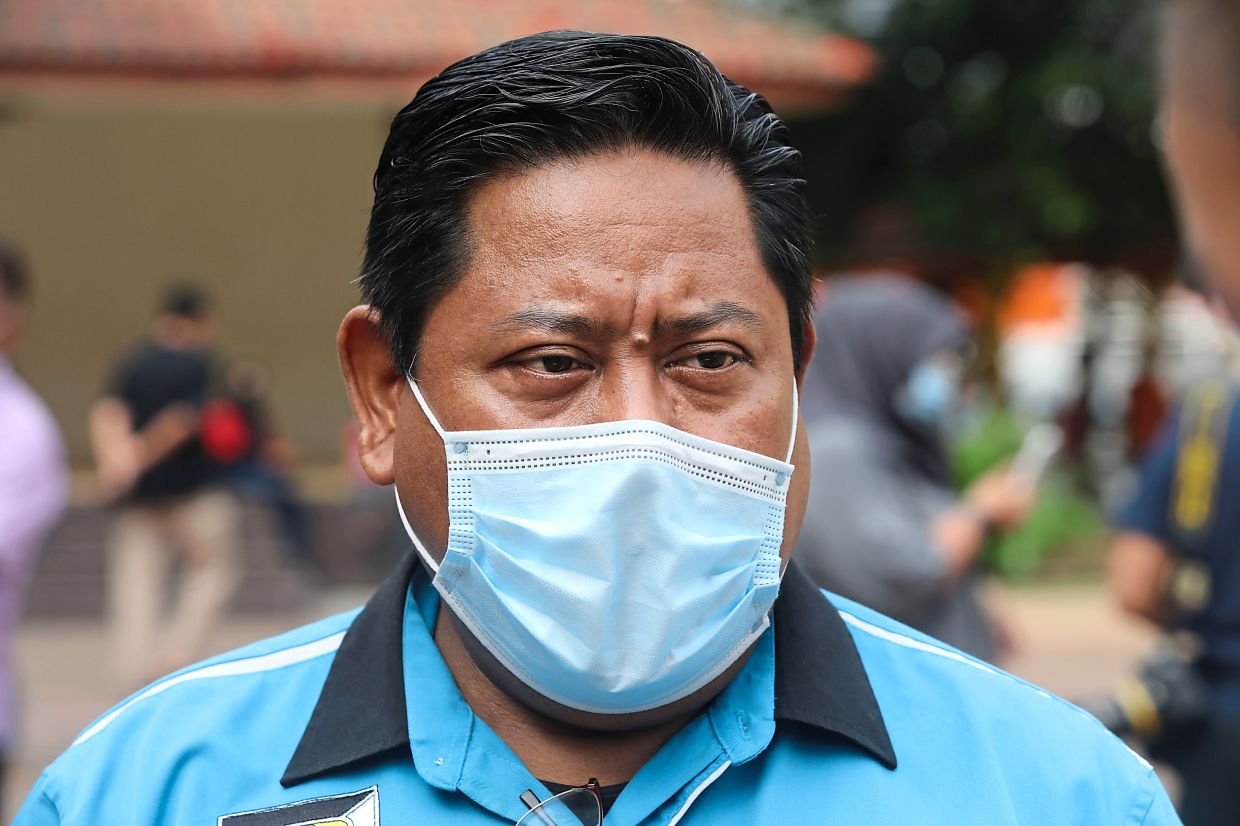 Faidzal is pleased with MyGrocer initiative as it saves residents the trouble of going to the market.

In Pudu, Sri Selangor Residents Association chairman Zaimi Shamsuri said they were not able to accommodate the trucks due to the congested situation at Jalan San Peng where they were supposed to park.

The Sri Selangor Business Complex and a wet market which are situated nearby offer more choices and variety to residents compared to the truck.

“As the mobile truck offerings of fresh chicken and meat are of the frozen variety, residents prefer going to the wet market which is just three minutes away as it offers freshly slaughtered chicken, ” said Zaimi.

Rumah Nenek Group and Ra’yat Mart, two private companies which are responsible for managing the project at the ground level, have come forward to explain.

For Putra Ria, Rumah Nenek chief executive operating officer Abu Zaki Abu said their one tonne truck was unable to reach the designated parking spot allocated by the residents because it could not pass through roads narrowed by vehicles, most of which had double-parked.

“If we had forced ourselves in, there was a high chance of scraping some of the cars and we would have been in a very troublesome situation, ” said Abu Zaki. “When we showed up for the first time with a five tonne truck on Oct 6, a hawker stall was already operating from the spot where we were supposed to park.

“We tried to put ourselves beside the stall but found that we were blocking traffic. This situation made it difficult for us to continue and we had to leave as soon as we arrived, ” said Muhammad Ariff.

In regards to this, the ministry’s corporate communication department said there were no plans to forcefully impose the programme on residents.

“They are free to give it a pass if they feel grocery suppliers in their immediate area can meet their needs.

“Even before this there were several changes to the mobile grocery truck schedule.

“We are constantly on the lookout for areas that can benefit from our programme. Once we identify the area, we will inform the trucks to go there, ” the ministry spokesperson said.