One contractor to collect rubbish

“We will soon engage all relevant parties, including representatives of factories and construction industries, to come up with the guidelines for this, ” he said.

He was replying to Wong Siew Ki (PH-Balakong), who asked if the state had considered taking harsh action against factory owners and their private rubbish collectors who dump waste illegally.

Wong said although numerous factories in Balakong were known for dumping waste illegally, not all could be identified, and as such, no action could be taken against them.

Those who were caught were slapped with a compound and their lorries seized.

Ng added that from past experience, most factory owners who engaged their own contractors to collect waste were unaware that the rubbish was dumped illegally.

“We need to raise awareness and educate factory owners to understand that their responsibilities do not end after the rubbish is collected and that they have to ensure that rubbish is disposed of at legally designated landfills, ” he said.

In response to Halimey Abu Bakar (PH-Seri Setia) who asked about illegal dumping by riverbanks, Ng urged local councils in the state to follow in Subang Jaya City Council’s (MBSJ) footsteps and turn riverbanks into green spaces for exercise.

“The initiative by Subang Jaya is very good in helping prevent illegal dumping activities by riverbanks.

“Tackling this issue is not an easy task because the culprit is not easily identified but if we make activities along riverbanks, it can help stop illegal dumping at these hotspots, ” he said.

Lau suggested the use of CCTV and drones to catch those dumping waste illegally, and spoke on the feasibility of providing rubbish bins to every household.

Dr Ahmad said e-waste dumping was getting rampant with some burning them and causing odour pollution, which could be toxic to the people and environment.

Azmizam suggested that joint operations involving state and federal bodies were vital to resolve the problem.

In response to their suggestions, Ng said monitoring devices were already in use to nab the culprits.

He added that providing rubbish bins to every household in Selangor was a good idea, provided the local councils could afford it.“As for e-waste, I agree that it has to be disposed of properly, ” he said, hoping that the Federal Government would urge Customs and the ports to stop the import of e-waste into the country.

Ng added that the land office could seize private land that was used as dumping grounds if the owners ignored notices given. 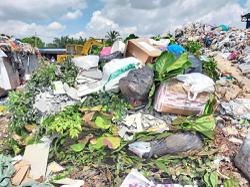 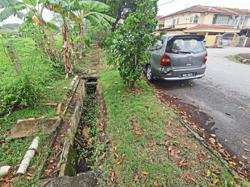