Some of the artists of the Ocean Call exhibition taking photos with their masterpieces.

AQUATIC animals have ‘invaded’ the Island Gallery in Penang to draw attention to the plastic pollution that is blighting the world’s rivers, seas and oceans.

Visitors will find themselves in the company of fish, dolphins, whales, sharks, crabs, lobsters, turtles, seahorses, stingrays and jellyfish – all seemingly pleading for help.

The marine creatures are actually sculptures made with unwanted compact discs (CDs) and digital versatile discs (DVDs) by 102 local and foreign artists for an exhibition titled ‘Ocean Call’.

Gallery manager Jason Min said there was an urgent need for mankind to reduce its plastic waste as it causes much harm to wildlife and the environment.

“While plastic has been a useful invention, it has also become a huge problem due to our irresponsibility. We consume and discard it, not giving a second thought to where it ends up.

“Penangites are very conscious about the environmental damage caused by discarded plastic bags but there are many other harmful types of plastic waste that don’t immediately come to mind which are equally harmful.

“Among them are CDs and DVDs. As people move to flash drives and clouds for storage, these discs become obsolete and most don’t know what to do with them.

“They simply get thrown away, ” Min pointed out at the show’s recent opening.

Though once the preferred storage option for music, movies and more, millions of such discs made from polycarbonate plastic are discarded globally each year.

They inevitably end up clogging oceans where they are practically indestructible by natural means.

“Chemicals used in their manufacture will also leach back into the ground or water over time, posing implications to human health.

“Incineration is not a viable disposal option as this would release toxins into the air instead.

“Recycling CDs and DVDs is possible, but collection points are limited. Repurposing them into art a good alternative, ” he said.

Min added, “As artists, we wanted to do something meaningful for the betterment of our environment.”

Gallery adviser Cheong Mei Fong said there are 128 sculptures on display. These were made by the artists at varying times from 2019.

About the process, she explained, “Clay is first used to form the animal shape. The CD and DVD pieces are then placed on it.

“Then we make a mould and pour in clear resin to give it structure. Acrylic paint provided the finishing touch, ” she said.

The participants hail from Penang, Kedah, Kuala Lumpur, Sabah, Taiwan and the Philippines.

Each piece they created is unique, with some putting great pains to match the colours of the disc shards with the actual animals’ markings.

The sculptures are all up for sale with prices ranging from RM100 to RM2,000. Purchases are tax exempt, as all proceeds will be donated to the National Cancer Society of Malaysia to fund its initiatives for children.

“The art activities in our gallery are mainly for charity.

“Our aim is to serve society, ” Cheong said, adding that there are plans to use unsold pieces to decorate an alley off Carnarvon Street next year.

“I grew up in a time when we used cassettes and then we turned to CDs. Now CDs are almost no more.

“It strikes me that nothing is permanent in life. If we want something to last longer, we have to protect it, ” he said in his speech.

The exhibition continues until Dec 31 and is open for viewing from 9am to 5pm daily (except Sunday). Admission is free. 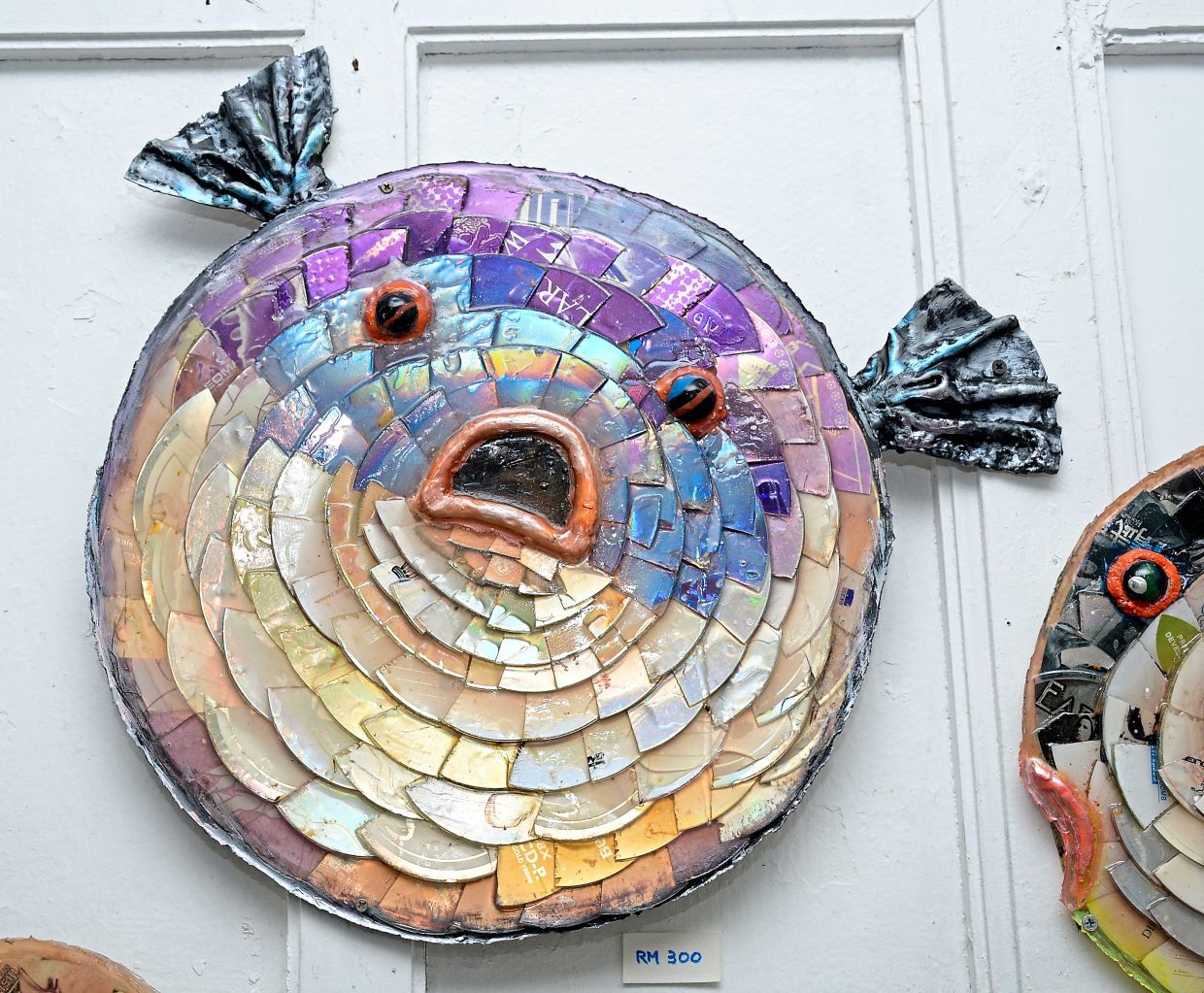 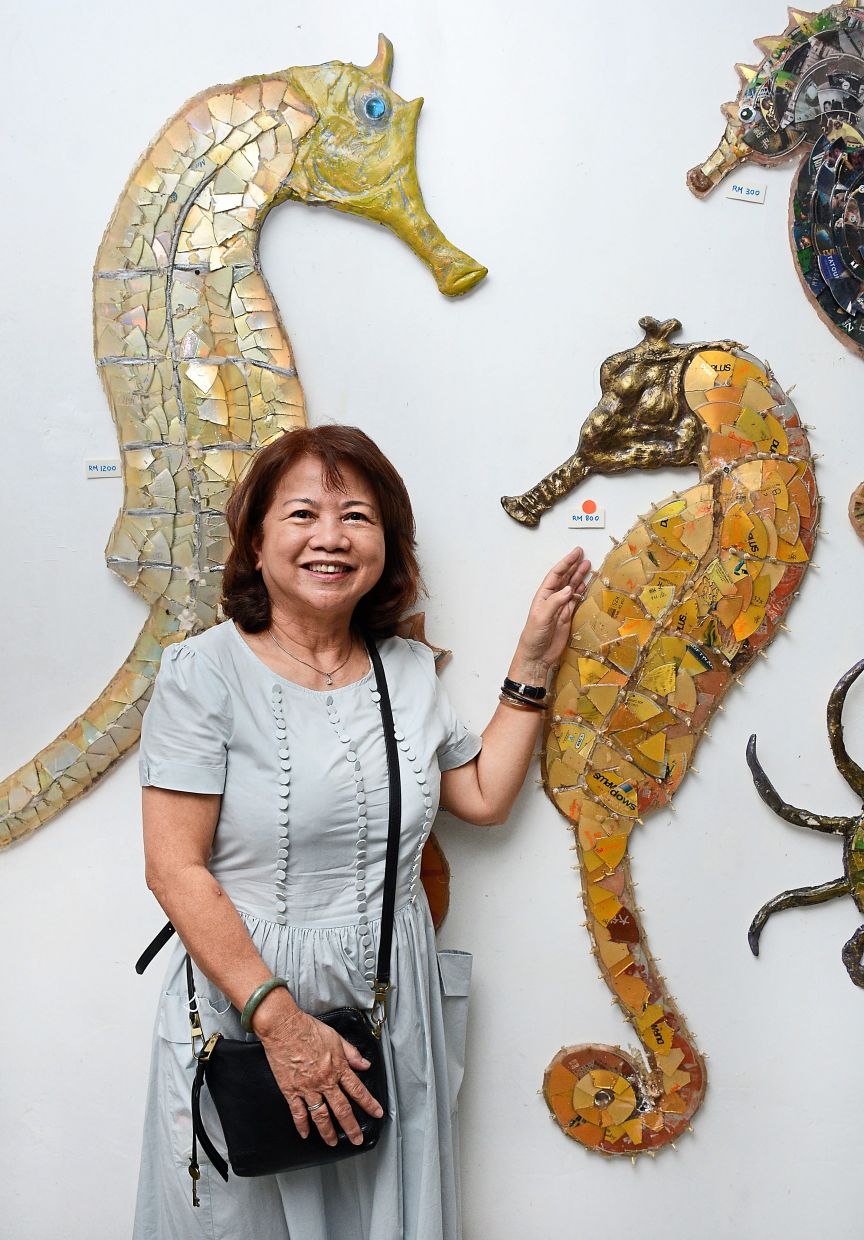 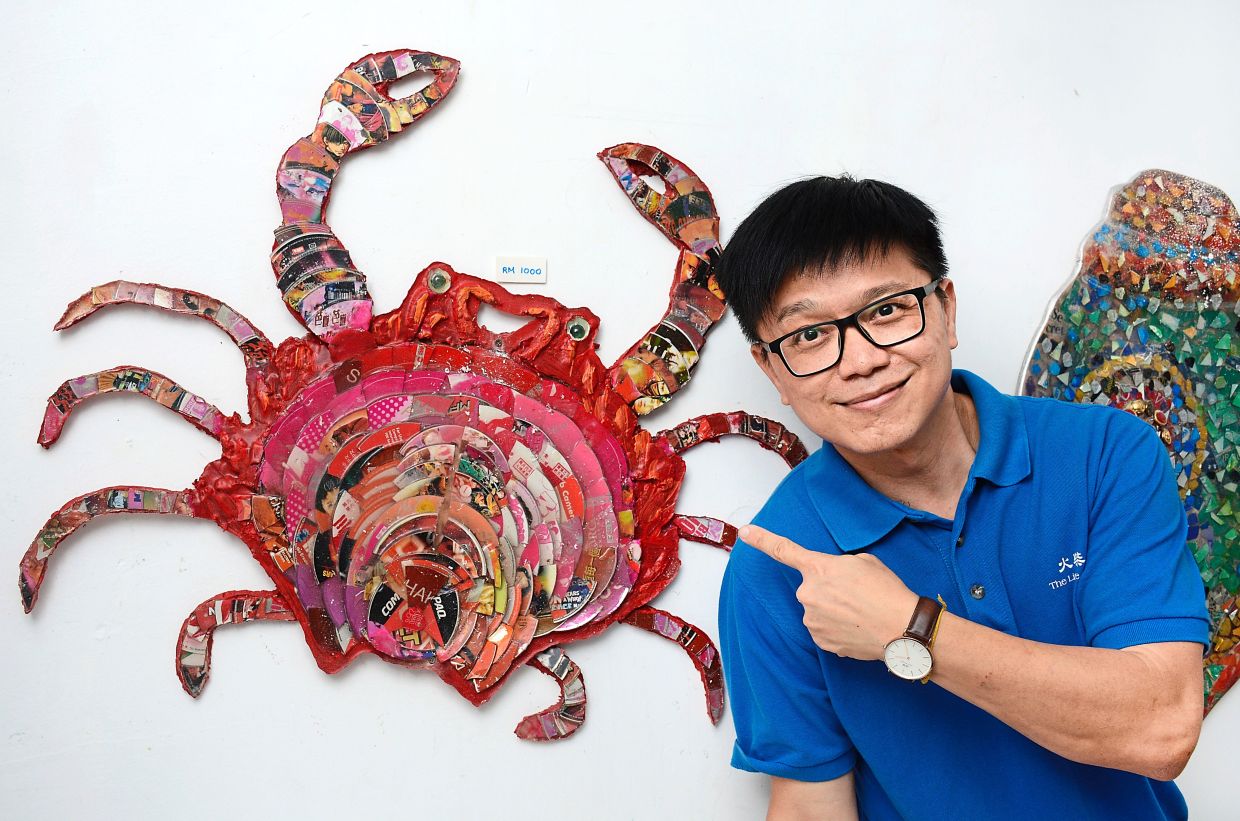 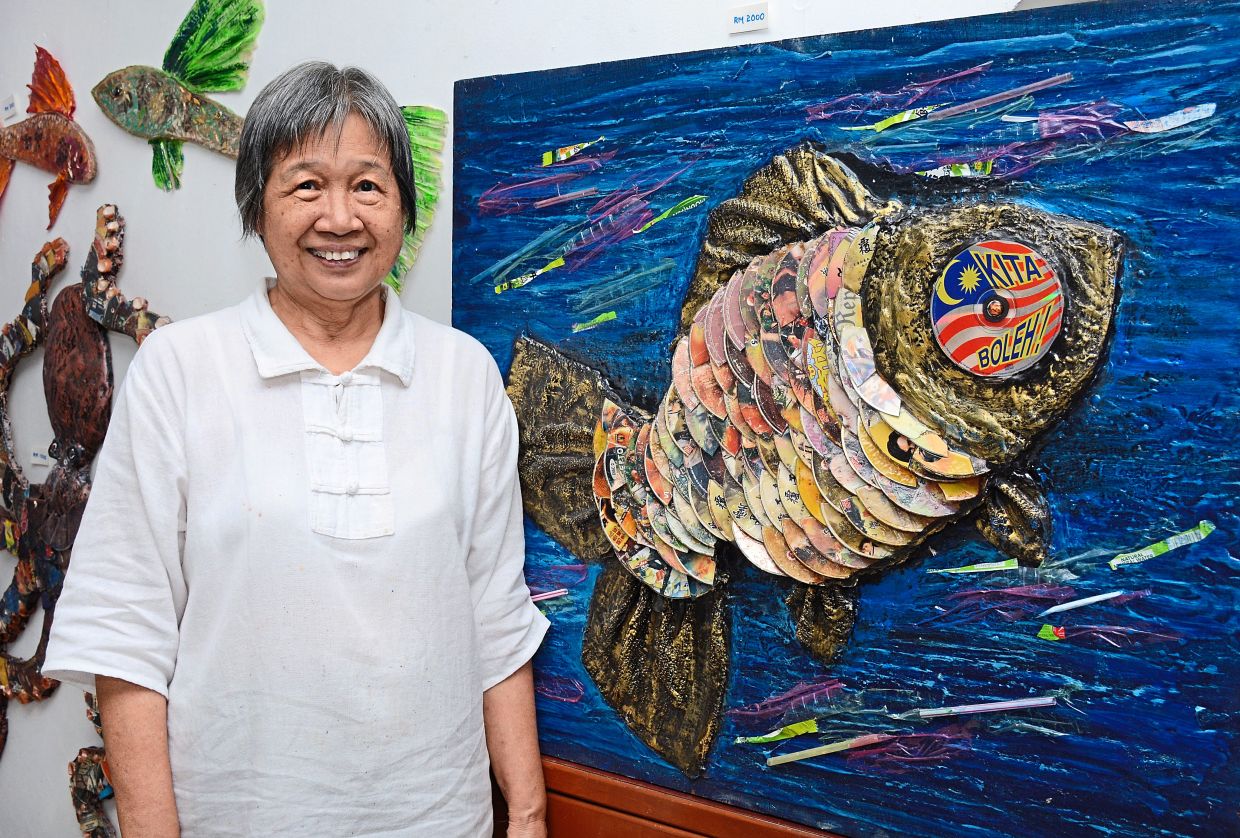 A cute, iridescent puffer fish, staring down at visitors.

Artist Angie Yong Lai Chan posing with the pair of seahorses she made.

Cheong is pleased with her Malaysia Boleh fish. 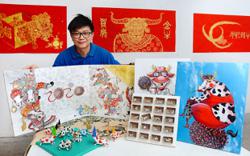