In a statement, the Selangor Palace said the ceremony to declare Subang Jaya as a city was supposed to be held at Dewan Jubli Perak in Shah Alam today, however, it had to be pushed to a later date in light of the conditional movement control order (MCO) which is being implemented in the state.

Meanwhile, the ceremony to confer the mayor title to current Subang Jaya Municipal Council president Noraini Roslan will be held at Istana Bukit Kayangan at a later date.

Selangor Mentri Besar Datuk Seri Amirudin Shari said this declaration also means that the council president should be known as mayor from this day forward.

"In accordance with the Local Government Act 1976 Subsection 10(1), Noraini Roslan will be appointed as mayor, the same day as Subang Jaya is declared a City Council," he said in a statement.

He hopes that the sustainable development in MBSJ will continue to be improved through world class service provided by the city council.

Subang Jaya has been a municipality for 22 years since 1997 and it will now join the two other city councils in the state which are Petaling Jaya and Shah Alam. 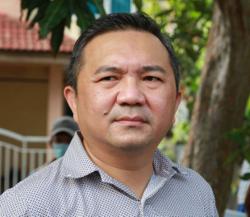