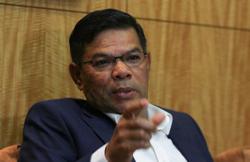 FORMER Penang exco member Dr Afif Bahardin (Bersatu-Seberang Jaya) rattled the cages of Pakatan Harapan members in the state assembly with his remarks while debating the state’s budget for next year.

He triggered a few rounds of shouting matches when he tried to express support for Federal Government and explain that he was not at fault for party- hopping.

Mohd Yusni Mat Piah (PAS-Penaga) caused an even louder uproar when, in support of Dr Afif, he stood up and said Pakatan Harapan members could not accept the fact that they lost their hold of the seat of government because some of their leaders were “power-crazy”.

“Tarik balik! (retract!), what are you talking about?” Pakatan members in the Hall chorused.

Dr Afif maintained that the Perikatan government did not leave out any citizen or state and had channelled RM2.95bil to help over 600,000 Penangites during the movement control order.

“Open your hearts. Don’t be angry if one or two big projects are postponed.

“The people don’t need a cable car now. They need meals, livelihood stability. Be open about the postponed projects, ” he said.

Many Pakatan assemblymen then tried to interject, and ‘old wounds’ came up, like the Sheraton Move, which saw several Bersatu and PKR Members of Parliament switching camps and causing Pakatan Harapan to lose hold of the Federal Government.

Dr Afif then tried to say that the Federal Government had grown more open and could communicate better.

But Chris Lee Chun Kit (PH-Pulau Tikus) rose and said if that were the case, Dr Afif should ask Perikatan to ensure that Chief Minister Chow Kon Yeow was invited to all important meetings at Federal level.

Satees Muniancy (PH-Bagan Dalam) was quick to point out a few of the recent slip-ups of Cabinet ministers.

Muhammad Faiz Fadzil (PH-Permatang Pasir) stood to ask how the “scheme of things” in the Perikatan government matched the current times.

Afif said though there were weaknesses, it was clear that the Perikatan government was quick to make changes when errors occurred.

It was at this point that Mohd Yusni made his “power-crazy” remark, leading to many members rising and shouting at once.

Deputy Speaker Dr Amar Pritpal Abdullah needed a few minutes to restore order, but the Hall turned cantankerous again when Dr Afif wanted to explain that he was not at fault for party-hopping.

“It is not right to say I hopped.

I agreed to resign from the state executive council. Then I announced that I leave my position to my party (PKR) then.

“A month and a half later, during the pandemic, I was sacked. We were forced to (join another party). It is not right to say we jumped, ” he said.

Many Pakatan members in the Hall then tried to stand up and seek permission to speak, but Dr Afif held firmly to the floor.

The Pakatan members then resorted to shouting and drowning out Dr Afif’s voice as he rushed to finish his speech before he ran out of time.

“Moving forward, we can do it together. The people need us to work together, ” he said before ending his debate. 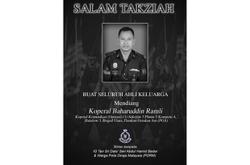