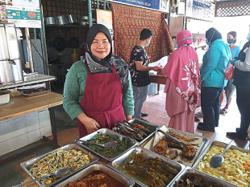 Rozita says she has no choice but to maintain the prices of her food.

FOOD and beverage operators in Johor have no plans to increase their prices as the move could become counterproductive.

He said most customers were price- sensitive especially when times were bad and even a minimal increase in prices would drive them away.

“This is the last thing that we want to do, ’’ Hussein told StarMetro.

He said it was becoming challenging for most businesses, including eateries, to operate since the Covid-19 outbreak and the implementation of the movement control order (MCO).

“There are many uncertainties in the economy and none of us knows when the pandemic is going to be over, ’’ he added.

Hussein said the pandemic had taught businesses and companies in Malaysia and the world over to adapt and adopt the new norm.

Perusim has around 300 members with most operating Indian Muslim restaurants while others run sundry shops, trading companies and money changers.

Rozita Ramli, who runs a stall selling nasi campur (mixed rice) at Jalan Cermat Hawker Centre in Taman Maju Jaya in Johor Baru, said she had no choice but to maintain the prices of her food despite barely making a profit due to fewer customers.

“I have the option to either increase the prices or reduce the size of meat, poultry or fish servings while maintaining the current prices, ’’ she said.

Rozita added that the most important thing was to ensure the food taste was consistent and introduce new dishes from time to time.

Apart from catering to office workers and residents from nearby housing areas who are her regular customers, Rozita also provides catering and delivery services.

“Prices of necessities are increasing and the authorities should address the issue as it is causing hardship to the people, ” she said.

Hua Mui Restaurant proprietor David Chiang said now was not the right time to increase the prices of food and drinks as the business was only now starting to improve.

He said business at the 74-year-old restaurant in Jalan Trus here dropped by 50% when the MCO started on March 18, and by April, it had plummeted by 95%.

“We have seen improvement in our business since June, climbing to about 70% although it has yet to reach pre-Covid-19 levels, ’’ said Chiang.

He said the overall economic situation was not good and the restaurant’s customers especially regulars might stay away if they had to pay more for their food and drinks.

“I’ve noticed people becoming more prudent when it comes to spending money now as they are worried about the economy, ’’ he added. 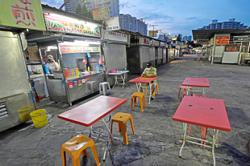