Policemen on patrol around Klang, where 36 neighbourhoods have been placed under conditional MCO since Oct 9. — Bernama

ASSISTANCE is on the way for factory workers and daily wage earners living in Taman Bayu Perdana, Klang.

Since the start of the conditional movement control order (MCO) on Oct 9, Bayu Perdana was among the neighbourhoods which had seen heavy police presence and concrete barricades.

Police were also stationed at some of the other restricted neighbourhoods, where residents would need to seek permission before leaving or entering.

“In these areas, we are not sure if these workers can go to work because as per my understanding, if that area’s access has been barricaded, they cannot leave their homes unless for urgent matters, ” said Klang MP Charles Santiago. 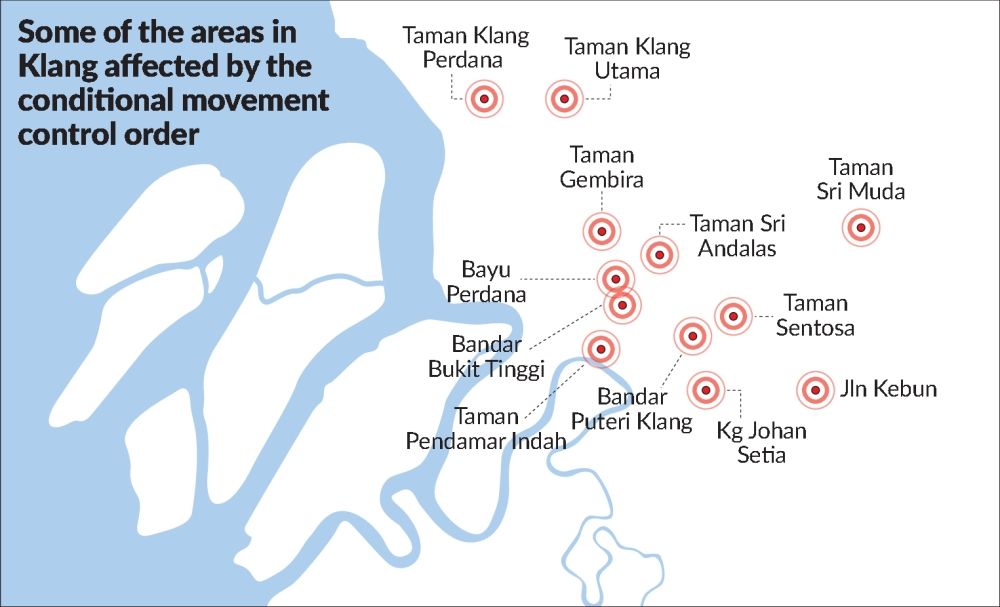 He added that there were over 5,000 households affected by the conditional MCO and most of them had voiced their concerns and sought help, especially for daily essentials like fresh produce.

“Our aim for these two weeks is to help people as much as we can because for daily wage earners, for example, if they cannot work they will not have any income, ” Santiago said, adding that he would be mobilising the food bank which had been set up in July.

Puspavali, who is the food bank coordinator, said they hoped to assist about 100 households in the Bayu Perdana area soon.

“We have the supplies and are now awaiting approval from the Welfare Department before we seek police permission to enter the area to distribute the necessities, ” she said.

Puspavali said those who wished to volunteer, or contribute food items or money can call 012-480 3800.