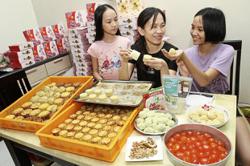 “I bake cakes and cookies for sale at home to earn some extra money.

“Those are easier to make as I just need to mix the ingredients and pop them into the oven to bake, ” said Noraini, a mother of five.

“Mooncakes are more time-consuming and tedious as each ingredient requires separate preparation, so it takes more effort.

“It gives me great satisfaction to know I can make mooncakes now.”

Noraini, 54, said the mooncakes produced by her fellow bakers at WOW’s Community Kitchen were much better this year, compared to when they first learnt to make them last year.

“We improved on our mistakes, such as not creating fillings that are too oily.

“Despite our trainer’s easy-to-follow instructions, it took some trial and error before we were able to produce satisfactory mooncakes, ” she added.

Noraini is happy the kitchen has received more orders this year, based on word-of-mouth recommendations and returning customers from last year.

“My friends and neighbours were cautious about consuming mooncakes, but I have convinced them that the ingredients and production space are all halal, ” she said.

Noraini and Normala Shariff are among 10 women in the B40 group who have been learning how to make a diverse range of baked products, including cookies, cakes, pies and breads, since WOW’s Community Kitchen opened in May 2019.

Normala said she joined one of WOW’s entrepreneurship programmes before the opportunity to join the kitchen came up.

She added that she had also learnt the basics of food handling, proper hygiene and importance of using fresh and good quality ingredients.

“Making mooncakes is more difficult compared to other baked products.

“While we learned how to make two types of mooncakes, we only produce snow skin versions for sale as the traditional baked ones take more effort to bake and ensure consistent quality.”

Sadiah Jaffar highlighted that their snow skin mooncakes use only natural colouring for the skin as organic colours were safer for consumption.

“The blue comes from the blue pea flower that is grown around the PPR flats. The pink comes from dragon fruit.

“We do everything ourselves, from drying and blending the flowers to extract the colours, ” said the 65-year-old, adding that the women also prepared the lotus paste filling with melon seed and handled the packing themselves.

When the group first learned how to make mooncakes last year, Normala said it took several attempts before they were able to produce the right consistency for the filling and the right shape using a mould.

“Since each of us is better at certain things, we have divided the tasks based on our skills so the mooncake production is faster and more efficient, ” said the 47-year-old.

“I hope we are able to improve our techniques soon so that we can also produce baked mooncakes for sale, as well as expand our range of mooncake fillings and natural colouring.

“I am also looking forward to learning how to make other items in future, perhaps even ice cream as that is popular among children and adults, ” she added. Empowering

These include entrepreneurship training to equip women with the necessary skills needed to run their businesses as well as skills training that focus on developing practical expertise.

The participants, who include single mothers and women with incapacitated husbands living in poverty, are taught the skills and knowledge to develop and run sustainable businesses, to be financially independent as well as able to care for themselves and their families.

“We started the mooncake project two years ago, upon the women’s request to learn how to make mooncakes.

“At the moment, they only produce the snow skin version for sale.

“It is more challenging for them to ensure consistency for the baked mooncakes, so they only make those for special events or for the PPR community.”

Susheela noted that there had been improvements in this year’s snow skin mooncakes, such as the lotus paste filling having a smoother texture and denser flavour and more centred egg yolk placement.

“To keep up with market demand, we are offering customers a choice of a box of two or four pieces of mooncakes this year and using a smaller mould as people are cutting down on sugar intake.

“As the products are made fresh and without preservatives, we require a three-day lead time for orders, ” she said.

Customers for the products are from WOW’s network and corporate supporters.

The women work in half-day shifts on weekdays and are paid based on their working hours.

Their schedule is flexible to allow them to manage their households and appointments.

She said the women were able to make between 70 and 100 pieces of mooncakes daily.

“During festive seasons, the women will be busy making cookies and hampers for sale.

“Everything is baked here in the central kitchen to ensure freshness and quality, as well as to allow a larger production scale.”

She noted that the Covid-19 pandemic had a major impact on WOW’s women entrepreneurs, since no Ramadan bazaars or roadside stalls were allowed at the height of the movement control order (MCO).

“WOW helped them set up online market platforms during Ramadan and trained them, via Zoom, on the steps needed to take their businesses online, ” said Susheela.

“During the recovery MCO stage, the women at WOW’s Community Kitchen made frozen curry puffs and doughnuts for sale as well as baked products ordered by corporations.”

Besides introducing new items for this year’s Deepavali and Christmas celebrations, she said WOW was also looking at upskilling the bakers by training them to make gelato and keto-friendly products.

“We will also teach them digital marketing to enable them to adapt to online businesses, although the learning curve may be steeper.

“As WOW works on empowering the women, we hope they will eventually be able to run the Community Kitchen themselves, ” she added.

While the Mid-Autumn Festival falls on Oct 1 this year, the mooncakes from WOW will be available for sale up to a week after that.

To place an order, WhatsApp 012-222 6360. For details, visit www.facebook.com/womenofwillmalaysia 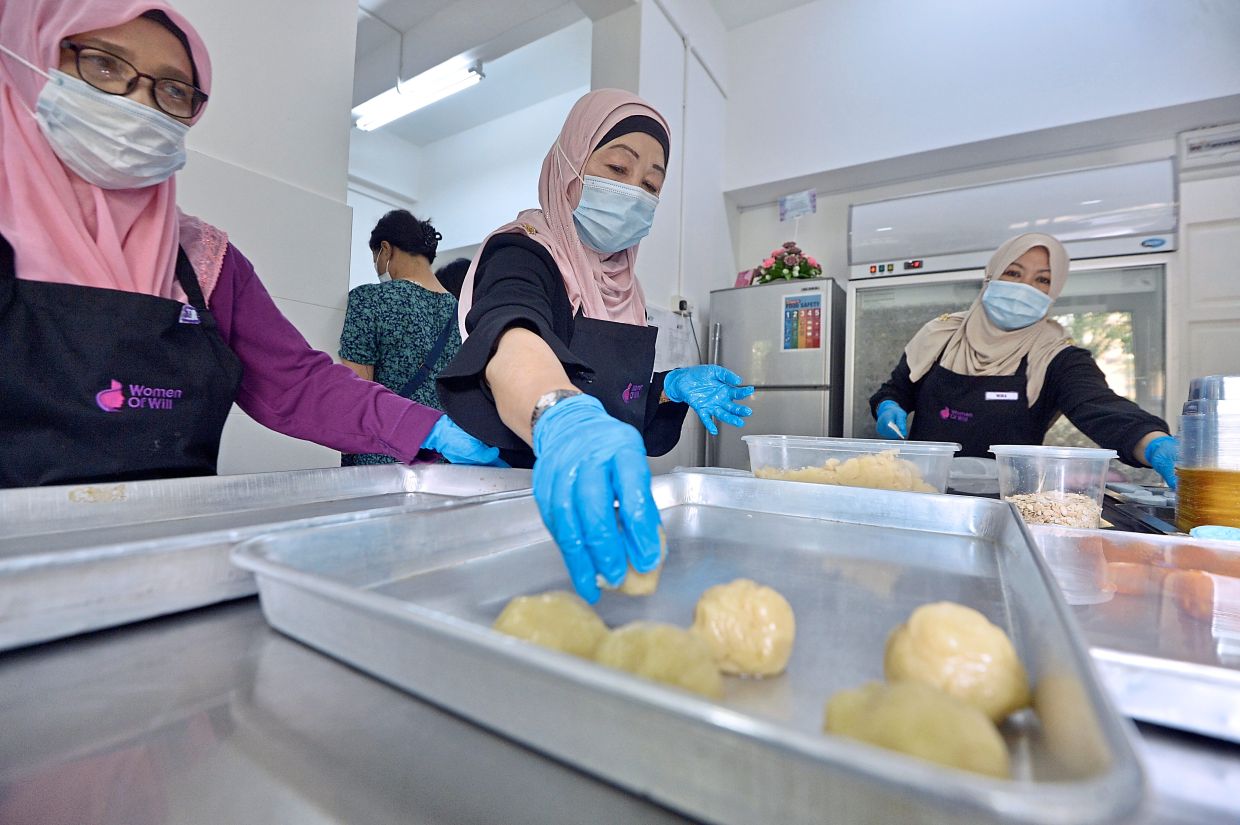 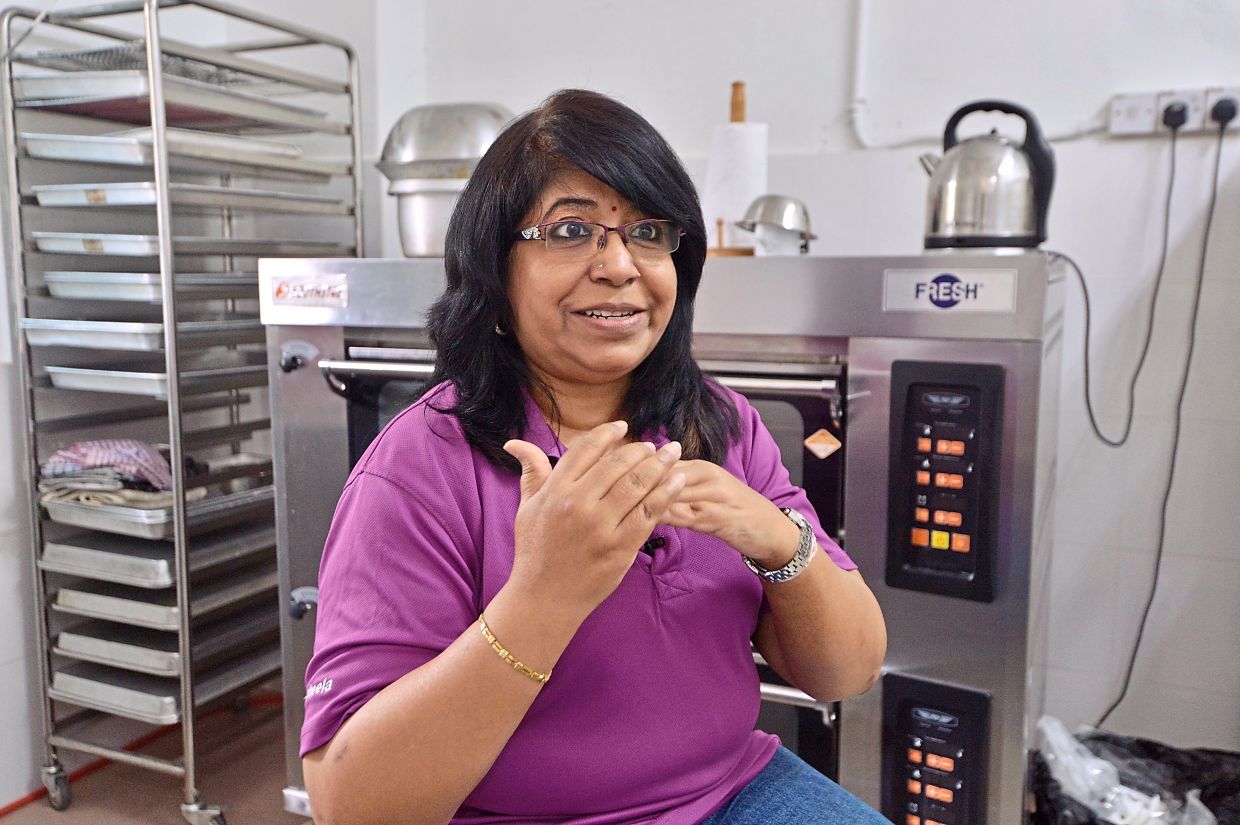 The women bakers making and packing snow skin mooncakes with lotus paste filling in their kitchen.

Bakers have divided tasks based on their skills so mooncake production is faster and more efficient. These include having specific persons to stuff and wrap the salted egg yolk, make the lotus paste and stamp the mooncake.

Susheela says WOW is looking at upskilling the bakers by training them to make gelato and keto-friendly products.

Normala stirring the white lotus paste that will be used for the filling. 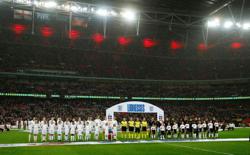 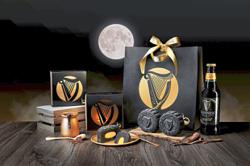